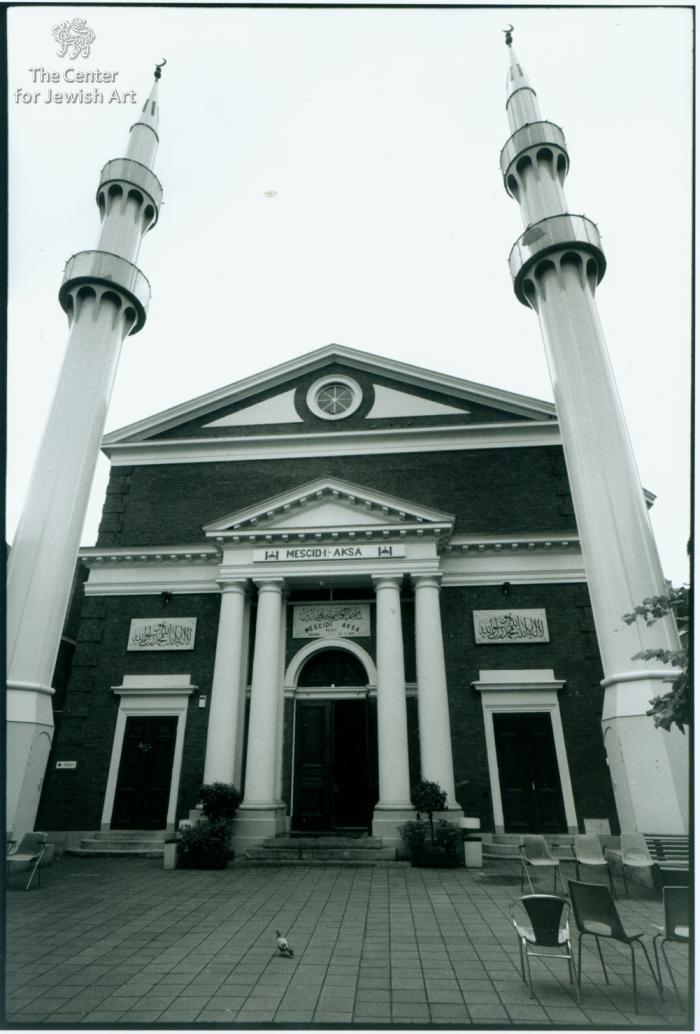 The synagogue is located behind the private residences of the Wagenstraat. It was consecrated in the year 1844. It replaced an older synagogue which was situated at the Voldersgracht (dated ca. 1721/23). The Neo-Classical main façade includes a cornice and triangular pediment with a tondo window. The entrance itself is also adorned with a triangular pediment is supported by Tuscan columns. Rounded arched windows can be found in the side walls of the building. The entrance originally contained an unknown Hebrew inscription and the date 5604 (1844 CE) but these were removed in the year 1981. The synagogue was oriented along the short axis which meant that the Torah ark was situated against the long southeastern wall. The bimah was placed at the center of the assembly hall, facing the Torah ark. The building, including the galleries which are supported by slender Ionic columns, were expanded in 1922. The complex was expanded with the establishment of an administrative building and a second synagogue along the Nieuwe Molstraat (demolished in 1981), designed by the architect H. Elte Phzn in the architectural style of the Amsterdam School.

The interior of the synagogue was damaged by fire during the Second World War in 1944. Three years later, the building was again consecrated as a synagogue after which the Jewish religious services resumed. In 1976, the building became abandoned and was subsequently sold to the municipality of The Hague. The decorated Torah ark (ca. 1723) was removed and relocated to Israel in the same year. The building was repurposed as a mosque which opened its doors in the year 1979. The front façade of the building received Arabic inscriptions and two large steel minarets were placed in the forecourt of the building. 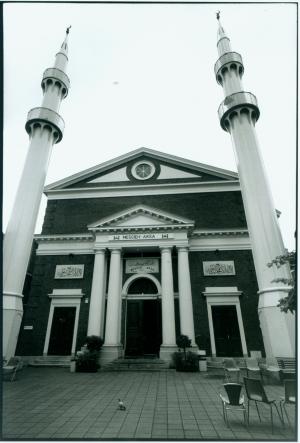 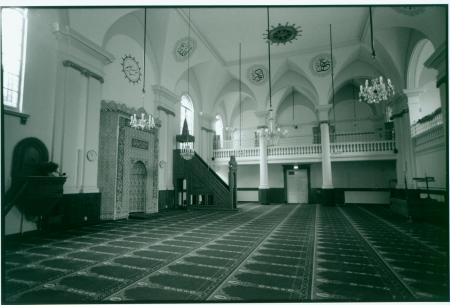 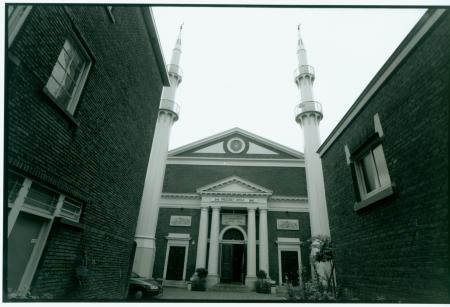 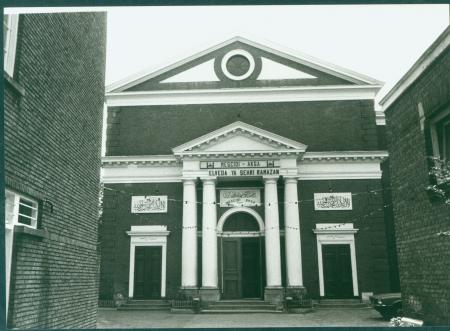