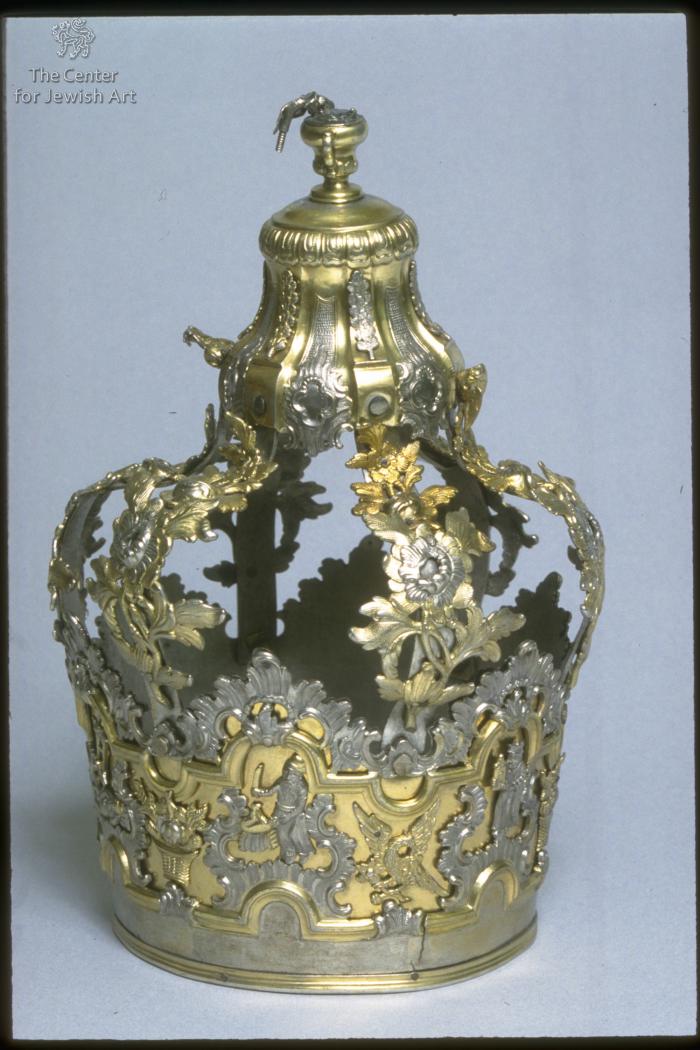 © Center for Jewish Art, Photographer: Radovan, Zev, 7.1992
The double tiered Torah crown consists of a main section, a crest and an apex. The main section is comprised of a base and arms. The coronet like base is composed of a round band surmounted by six arches decorated with acanthus leaves on the edges. Biblical scenes and figures are depicted below each arch, starting in a clockwise order: The sacrifice of Isaac (9668), Jacob's dream (9669), Aaron, Moses (9670), David, Solomon (9671). C scrolls and leaves surround the figures and a basket of fruit and a bird are placed alternatly between them. Six arms radiate from the base, between the arches. Each arm is decorated with a foliate stem and they converge at the base of the crest. Birds and deer are attached to the meeting point of the arms and the crest. The canopy-like crest is decorated with vertical bands of alternating motifs. It terminates in a dome which is surmounted by a vase-shaped apex, of which one leaf still exists.
Summary and Remarks 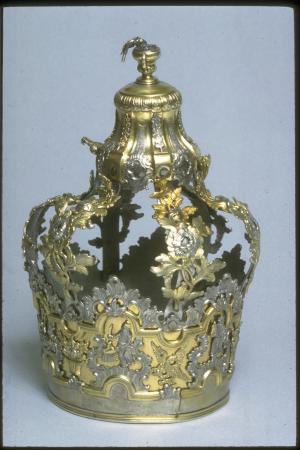 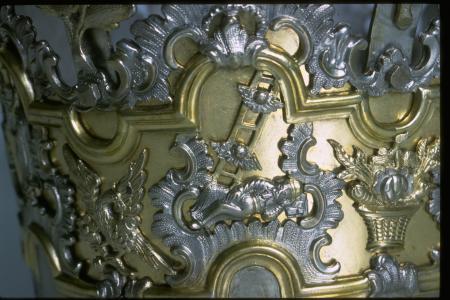 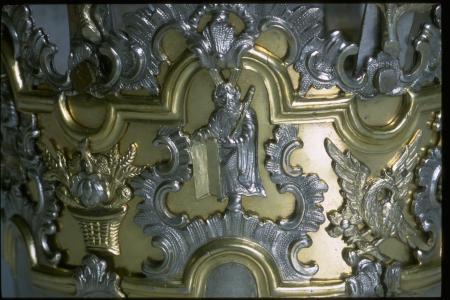 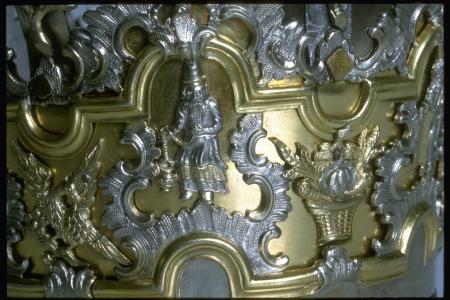 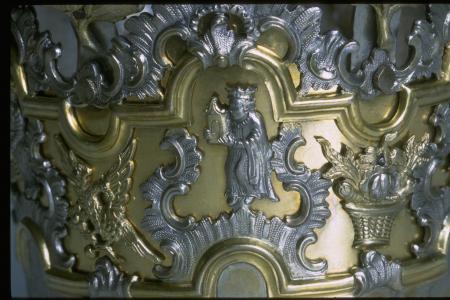 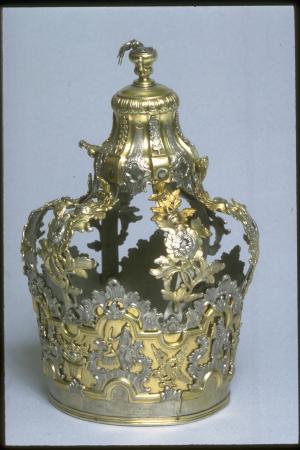 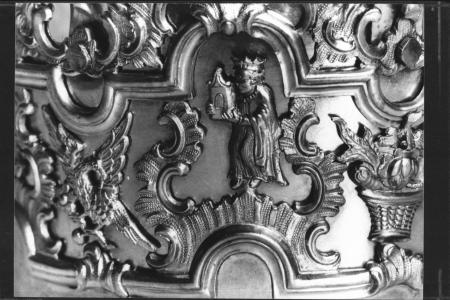 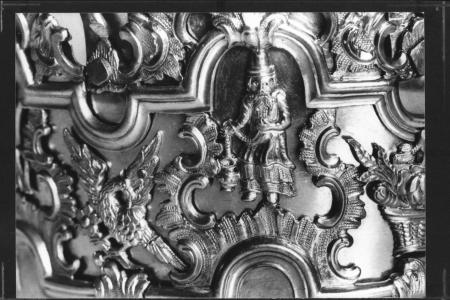