The two leveled silver Torah crown consists of a main part and a crest. Each level is composed of a base and arms. The lower level as the main part, has a coronet like base, composed of two circumferal bands which bear a dedicatory inscription. In square fieled letters it reads:

The lower circumpheral band is decorated with twisted lines intertwined with rhoumbuied patterns. The upper circumpheral band has wavy rim and it bears a cortage of animals placed between the dedicatory inscription's words. The animals which are depicted in profile with their body leftward. In order that follows the inscription are: an elephant, an unicorn, a tiger, a deer, an eagle with a foliate branch in its beak, a lion facing the front and a regardant lion that reveals its tongue. Seven circular arms are attached by flowers to the base. They terminats with lions rampant and regardant which support the concave base of the crest. Each arm is decorated with a pattern of twisted lines that enclose foliate motivs. The crest as the second level follows the shape of the main part but it lacks the inscription, the lions and the decorated motifs. 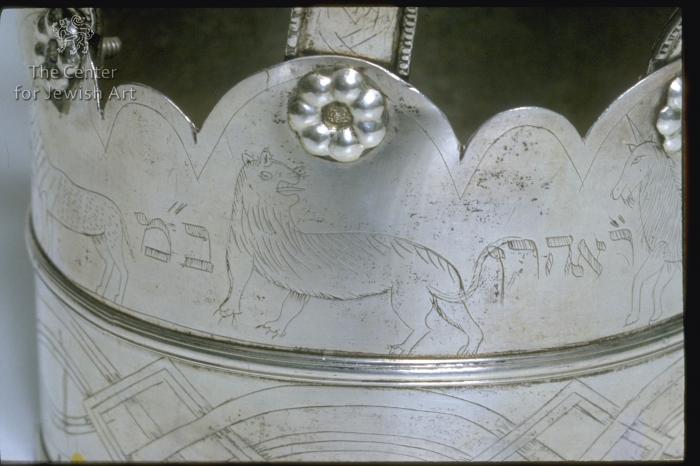 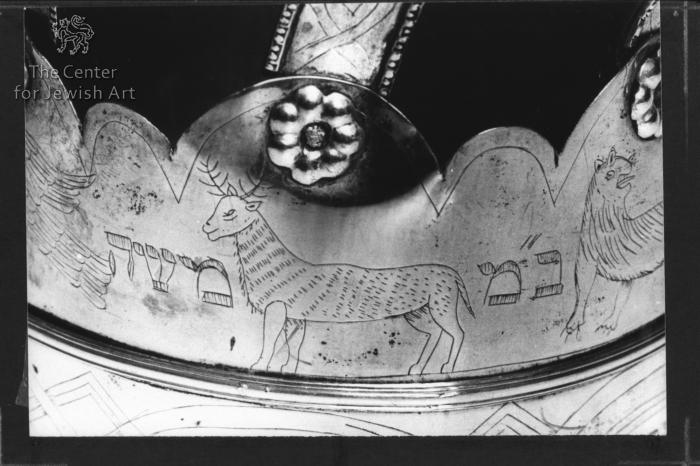 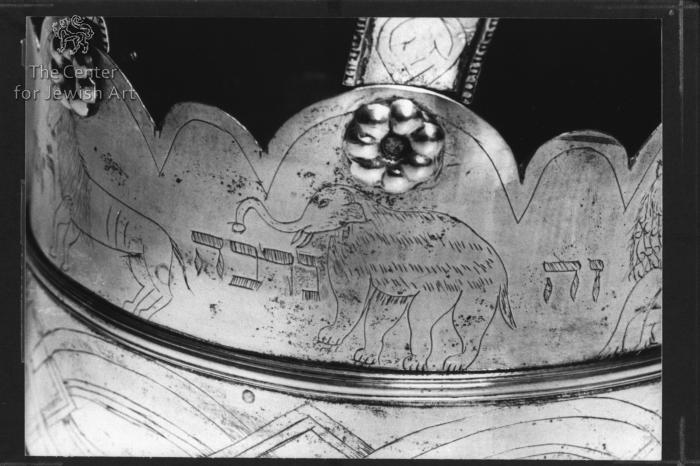