This 4Tas from the Slovakian town of Kosice is a companion piece to the Yad by the same maker, which is found in the Gross Family Collection, 052.001.001. He was a well-known silversmith and the quality of the workmanship on this object attests to his skill. An unusual feature of this Torah Shield is a portion indicator using an inscribed round disc with a display area cutout over it to indicate the particular portion to be read. This is in place of the plaques that are normally found. 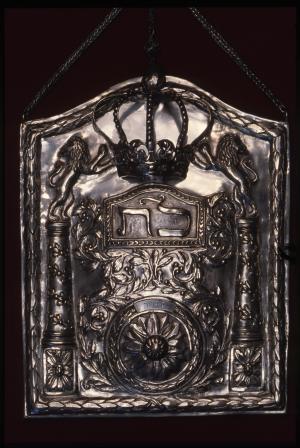 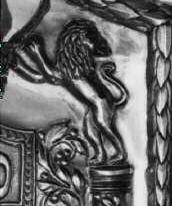 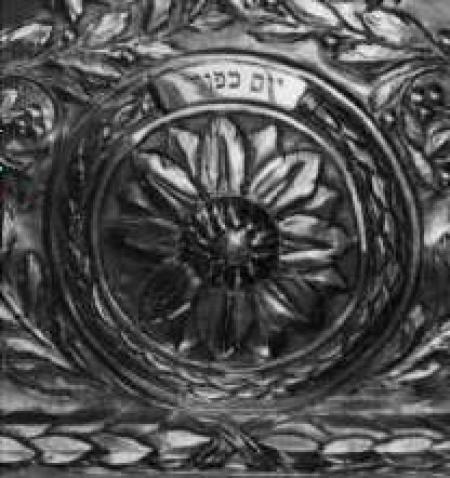