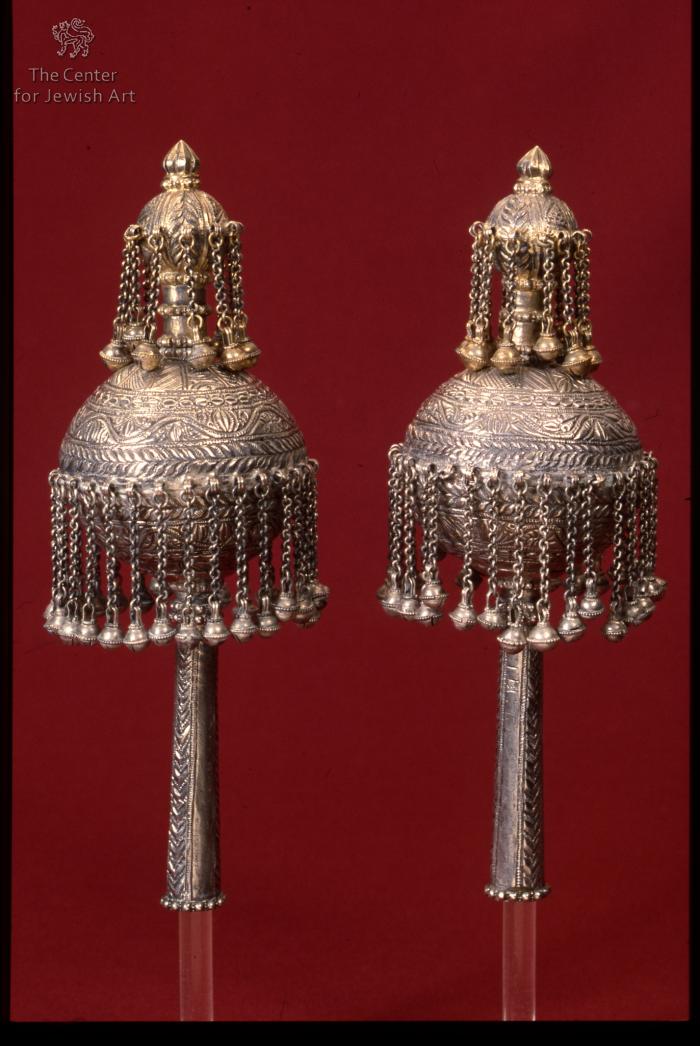 Although the community of Aden was a small one, the shape and variety of rimmonim used in this community were relatively great. This quite delicate and esthetic form is one of those. They are partially gilt and bear an inscription. The quantity of chains is another feature of rimmonim from this area. This pair is closely related to another pair of the delicate design, Gross Family Collection 050.001.110.

Inscription: Dedicated by Tzedakah, daughter of Aaron, to the repose of the soul of her son Yosef son of Chaim Aranah 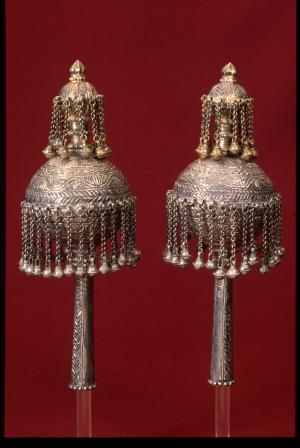 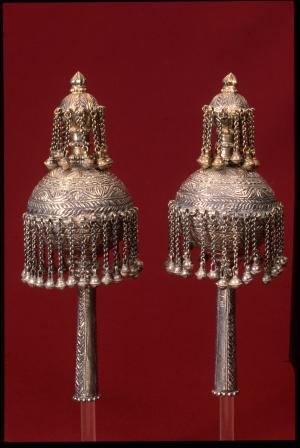 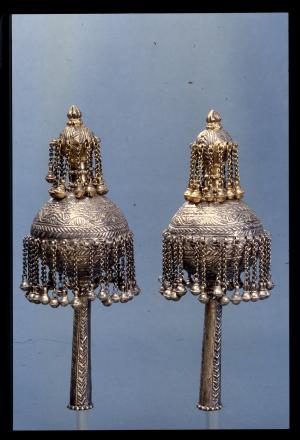 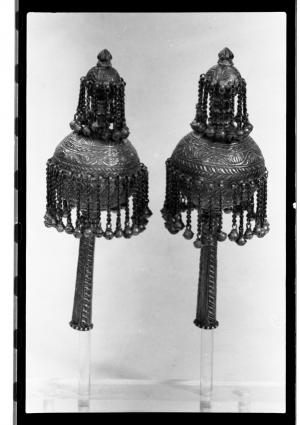 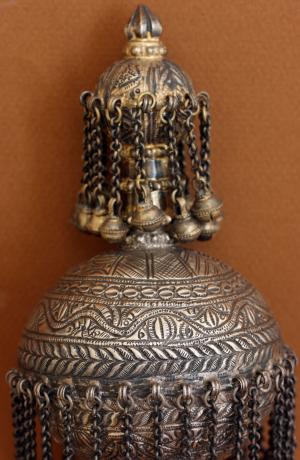