There are more surviving silver amulets from Iran than from any other area. Within this large quantity of amulets, there are a number of distinctive groups of similar form. This type is quite large and usually beautifully inscribed with Hebrew with a finely engraved Hebrew script, usually with hollow letters. They also generally carry the name of the woman for whom they were created. In this case the name seems to be Dinah bat Randi. Both the surface of the amulet and the two hanging loops show extensive signs of wear, probably indicating a relatively early age. Comparative dated examples have been seen from around 1875. 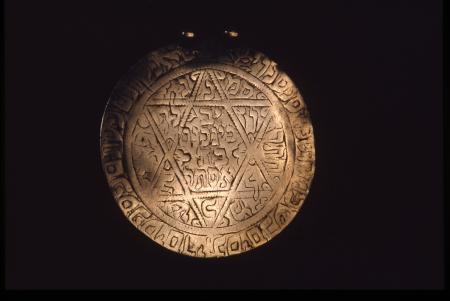 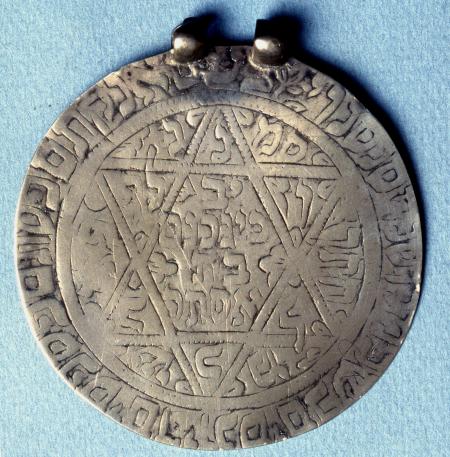 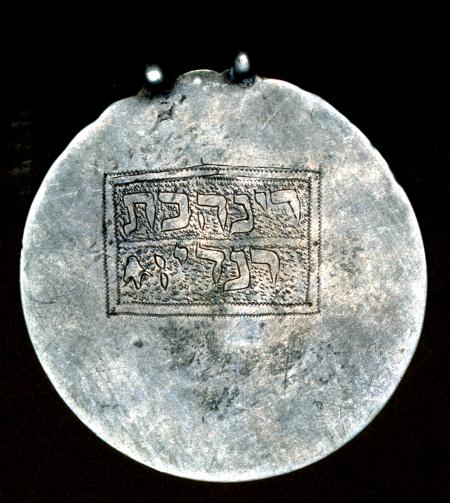