The Torah scroll binder was prepared in the name of Jean Jacques (Asher son of Raphael) Bloch, who was born on 14 July 1934 in Lyon.

It is an example of a "modern" Torah scroll binder, which shows traditional woshings in a contemporary way:

The birth is shown by a scene with storks, a Torah - by Moses striking the rock and by a 20th-century school class and different aspects of children's activities, like a circus, sports, traveling, animals, etc. The wedding is presented as a modern ceremony, and "good deeds" - as hiking by the young pair.

There is a signature at the end of the binder: Stern Montbëliard.

The custom of the Wimpel or Torah Binder stretches back some 500 years at least in the world of classic Ashkenaz, the German-speaking lands. The cloth which held the child at the time of his circumcision, almost always of linen, was cut into strips and sewn into a long textile. On this lengthy cloth was embroidered or painted a formulaic inscription, blessing the child and wishing that he grow up to "the Torah, the Chupah and good deeds". The beginnings of the custom were executed on linen cloth with silk embroidery. In the late 18th century the custom passed to painting on the textile with substantial illustration, although late examples of embroidered Wimpels do exist. Wimpels in the Gross Family Collection have their origin from Germany, Denmark, the Czech lands, Luxembourg, and Alsace. The Wimpel served as a Torah Binder, being brought to the synagogue for use on the child's first birthday, his Bar Mitzvah, and the Shabbat Chatan before his marriage.

This example is painted with many colorful and fanciful figures likely copied from children’s books from the first thirty years of the 20th century. The binder depicts a period Chupah scene as well, in full local costume. The standard formula of good wishes for the new male child ends with the hope for his growing up to the Torah, the wedding canopy, and good deeds. The illustration for good deeds is that of a couple hiking in the countryside, an unusual interpretation of that wish. Presented as well is an enchanting school scene. 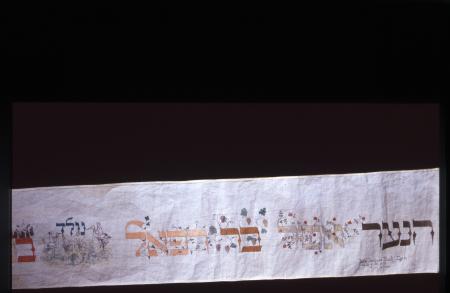 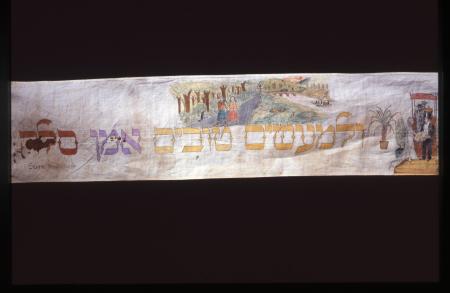 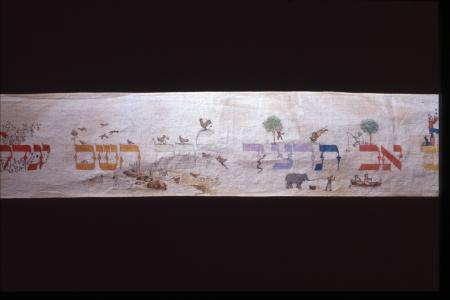 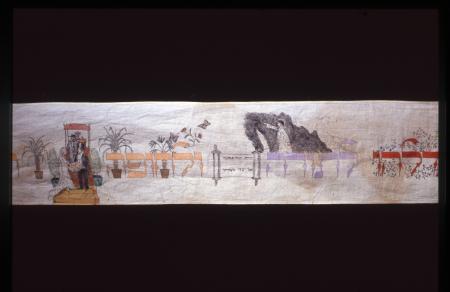 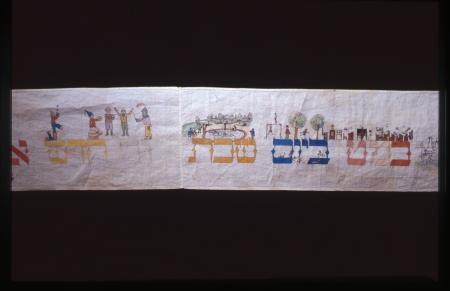 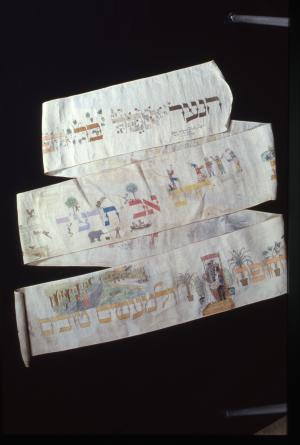 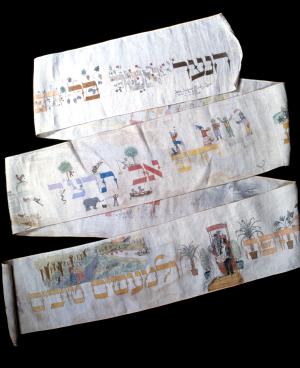 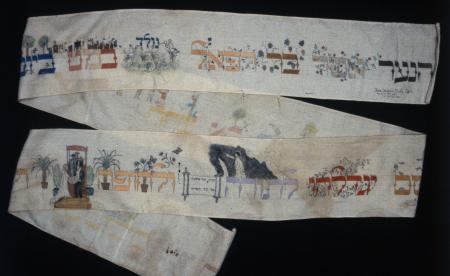 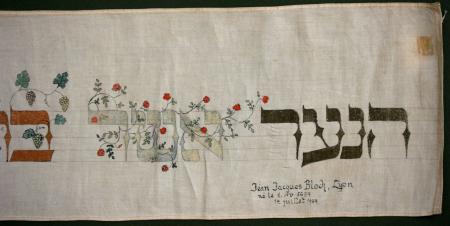 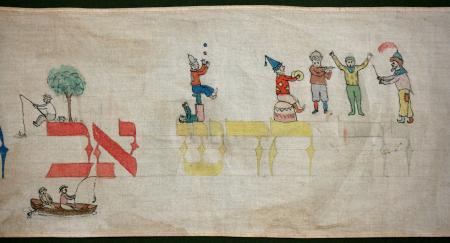 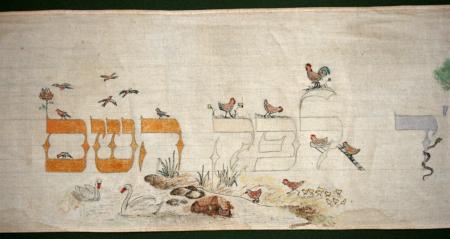 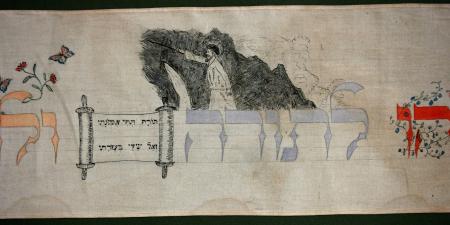 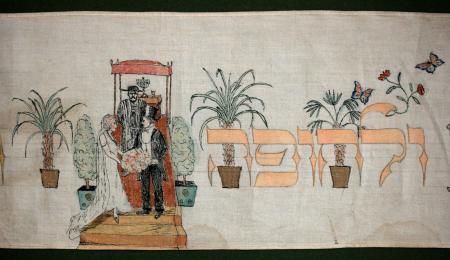