A hand-made colorful and simplified copy of a popular type of printed megillot decorated with medallions containing the busts of the Esther story protagonists that were produced in Amsterdam at the beginning of the 18th century (in the Index see Esther scrolls "Portrait Medallions"). The original decoration is replaced by two twigs placed parallelly to the right edge of the first sheet. The upper margins are divided into sections equal to the text panels placed below them and each of them contains a roundel with a bust flanked by two twigs except for the first and last panels; in the first, the royal couple is depicted and the last is blank. The text panels are interspersed by narrow vertical panels decorated with different ornaments. The lower margins are filled with figurative scenes that chronicle the narrative of the Book of Esther and Midrashic tales. An additional illustration is included in column no. 19. Not all the episodes are depicted in the scroll in chronological order. All frames of the panels with busts and narrative scenes are painted gold. In the last panel, the benediction after the Megillah reading and the shortened version of ארור המן Arur Haman are inscribed. The scroll ends with decoration similar to the one at its beginning.

To the right edge of the first membrane, a pull bar of wood is stitched. The scroll is mounted on steam with ivory handle and finial that is 390 mm high. 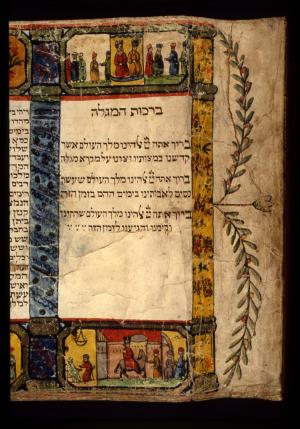 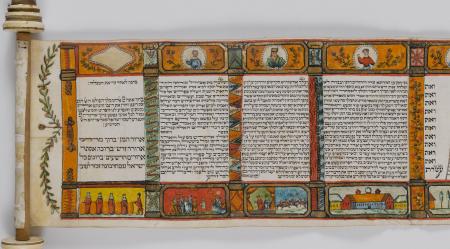 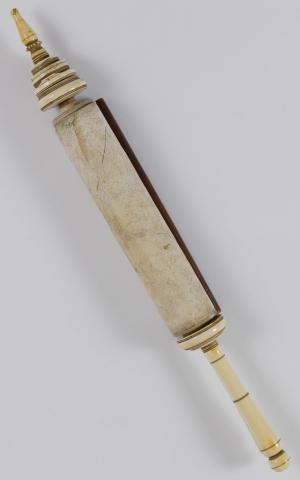 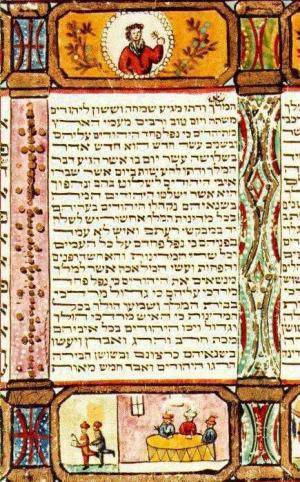 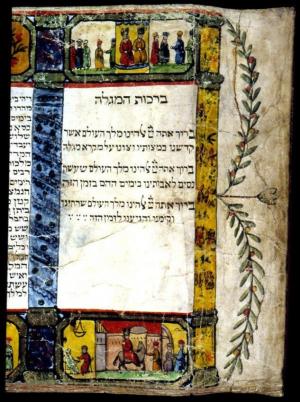 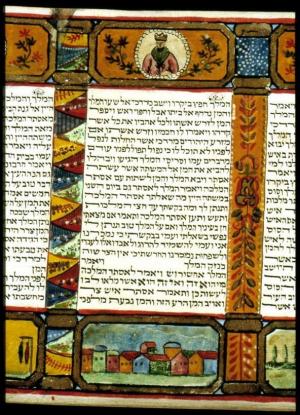 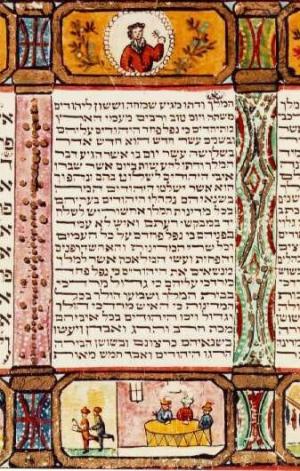 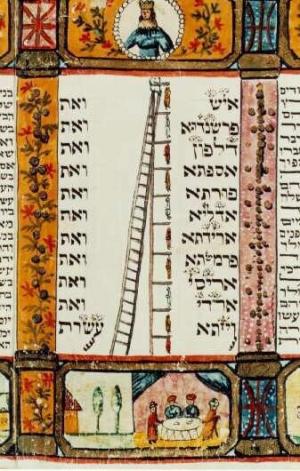 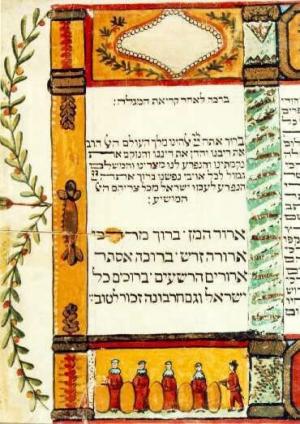 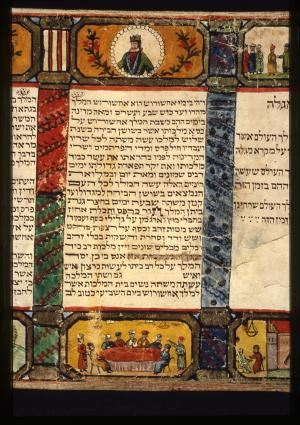 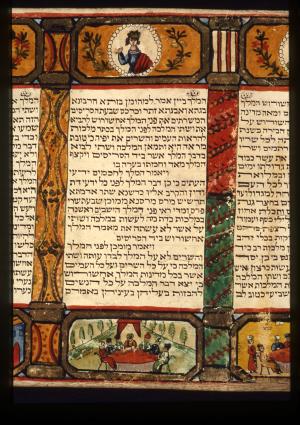 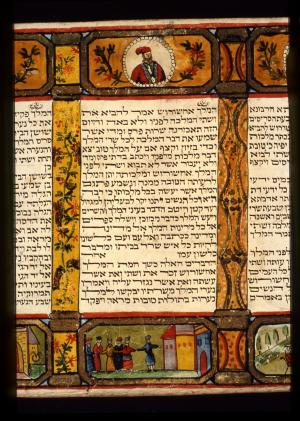 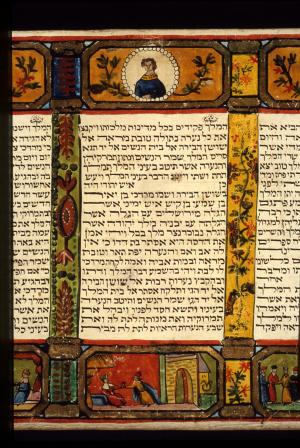 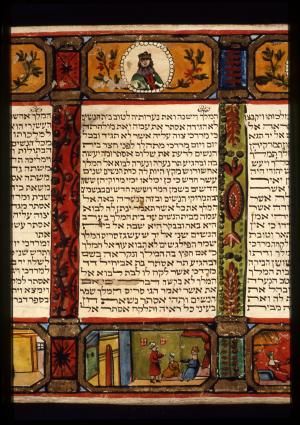 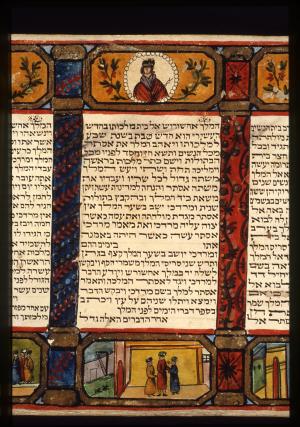