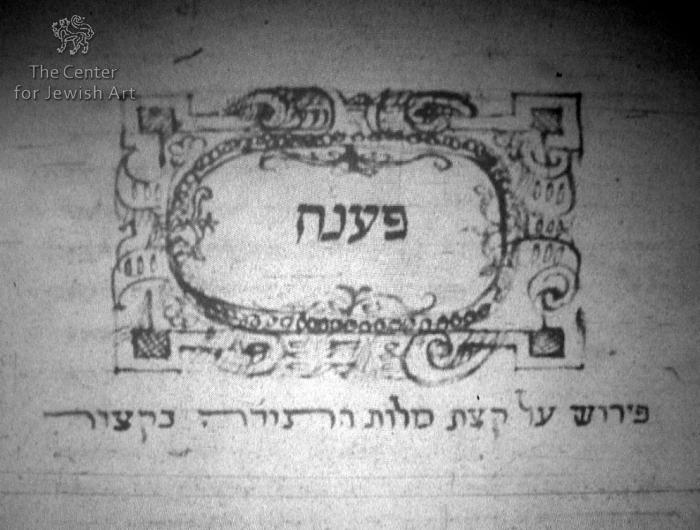 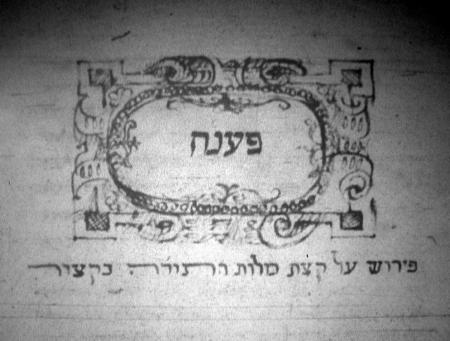 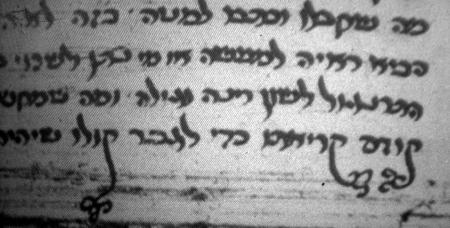 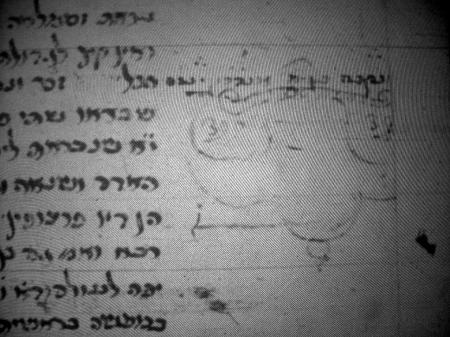 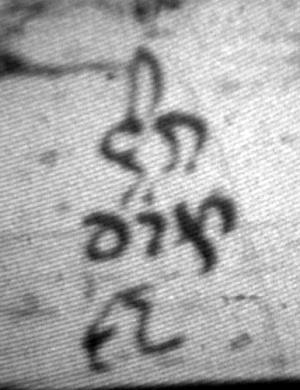 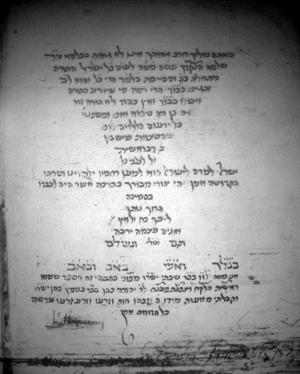 The text is written by a single scribe, Moshe ben Shabbetai from Fonni.

Horizontal catchwords for quires are written in the lower left hand corner on the final verso of each quire. The catchwords are decorated with curls.

It seems that fol. 25v was originally blank.

According to the colophon, the manuscript including Reishit ha-Lekakh and Pa'ne'ah Raza (excerpt) was copied by Moshe ben Shabbetai from Fonni for Yehudah ben Benjamin Cohen. The script and codicological features of the manuscript indicate that it was produced in Italy during the 15th century.

The statement of the scribe that he is from Fonni may indicate that at the time he copied this manuscript he was not in Fonni and identifying his city of origin. The city of Fonniis located in central Sardinia, although A. Freimann supposes that the scribe is referring to Giffone (גייפוני) which is in Calabria(Freimann, Jewish Scribes, p. 306).

Little is known about the Jewish communities of Sardinia in the period extending from the time of the establishment of a native government in Sardinia (665) to that of the annexation of the island to Aragon(1325). During the first century of Spanish domination, the Jews of Sardinia enjoyed prosperity. The Aragonian king granted them many privileges, and their numbers were greatly augmented by the arrival of new settlers from Barcelona,Majorca, and other places. One of the largest Jewish communities in this period was in Alghero. However, in 1492 Sardinia, along with all other territories ruled by Spain, expelled their Jews.

Thus, the statement of the scribe that he is from Fonni may indicate that he copied the manuscript somewhere in Italy, after the expulsion from Sardinia in 1492. On the other hand, it is possible that, like many other Jewish scribes, Moshe ben Shabbetai simply moved from his native Fonni to another place in Italy, without any connection to the expulsion.

Moshe was responsible for the shaped text (fols. 99 and 99v), the decorated catchwords, ascenders and descenders. However, at a later period, probably in the 16th century, another hand added a decorative cartouche on fol. 25v, which was originally blank and separated between the two texts included in the manuscript, Reishit ha-Lekakh and the excerpt of Pa'ne'ah Raza, as well as the inscribed marginal illustration on fol. 28v was also added by 16th century's hand.

Reishit ha-Lekakh (The Beginning of Learning) is a text on Hebrew language and grammar, influenced by Ars grammatica, a text by Aelius Donatus, a Roman grammarian and teacher of rhetoric in the middle 4th century CE (Rothschild, La tradition vive, pp. 193-210). Reishit ha-Lekakh is divided according to eight parts of speech, which are defined philosophically. It also discusses the optative, an old verb form, which assigns an expression of a wish. The question of the authorship of this text is problematic. Supposedly, it was written by Shmuel ben Yaakov Gema (Baber, Ateret Tzvi, pp. 5-6).

The text of the Vienna manuscript and of the Vatican manuscript open with a poetic introduction:

("I am the beginning of every learning and introduction… I created and gave birth, Shmuel ben Yaakov…")

This poem mentions the name of the author, Shmuel ben Yaakov, but it is not clear if it is indeed Shmuel ben Yaakov Gema and when this poem was added to the text (in the earliest example of Reishit ha-Lekakh, in the Paris manuscript, the poem does not appear).

The text of the excerpt of Pa'ne'ah Raza (The Deciphering of a Secret) is a commentary on Torah based on gematria. This text is different from the original Pa'ne'ah Raza (end of the 13th century), written by Yitzhak ben Yehuda Halevi, although the division of the text according to the Parshiot and the character of the commentaries are similar in both versions. Similar versions of the text appear in a manuscript from the Vatican Library, copied in Italy in the 14th-15th century (Biblioteca Apostolica Vaticana, ebr. 238, 28 leaves) and in a manuscript from the National Library in Paris, copied in Sienna in 1426 (Bibliothèque Nationale, héb. 1467, fols. 37v-93). The text of the Paris manuscript opens similarly to the Vienna manuscript: "I will start to write a few words of the book of Pa'ne'ah in short"(אתחיל לכתוב קצת מלות ספר פענח בקיצור).