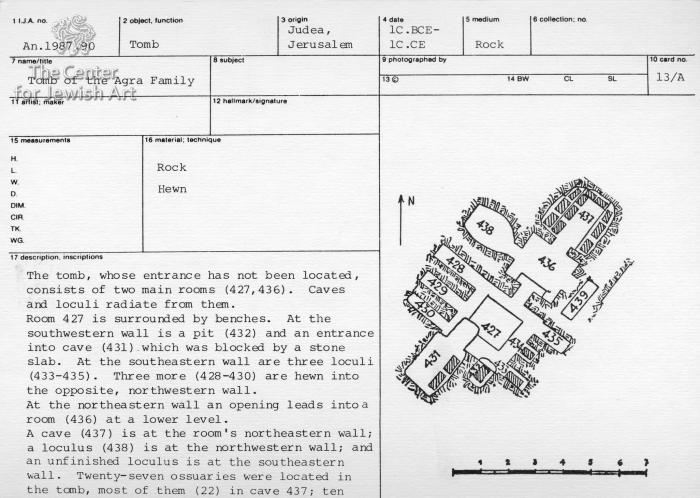 © Center for Jewish Art, Photographer: Unknown,
The tomb, whose entrance has not been located, consists of two main rooms (427, 436). Caves and loculi radiate from them.##Room 427 is surrounded by benches. At the southwestern wall is a pit (432) and an entrance into a cave (431) which was blocked by a stone slab. At the southeastern wall are three loculi (433-435). Three more (428-430) are hewn into the opposite, northwestern wall. At the northeastern wall an opening leads into a room (436) at a lower level. A cave (437) is at the room's northeastern wall; and an unfinished loculus is at the southeastern wall. ##Twenty-seven ossuaries were located in the tomb, most of them (22) in cave 437; ten are described here.##The tomb's name derives from inscriptions on the ossuaries bearing the name: !Agra!.
Summary and Remarks 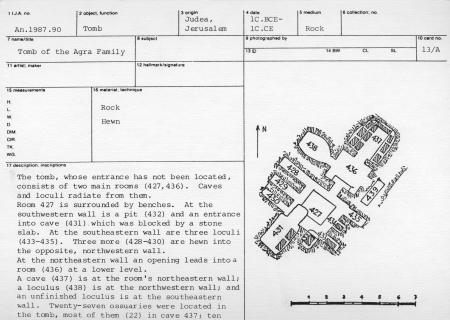 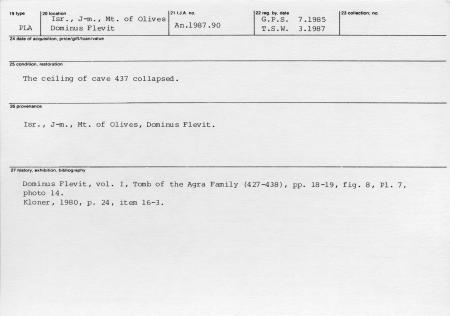 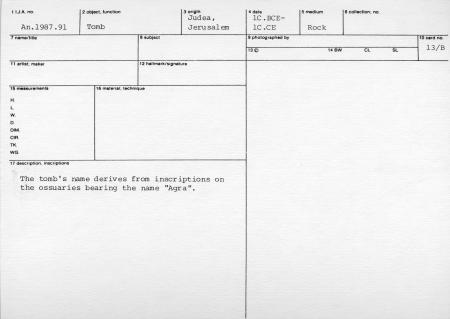 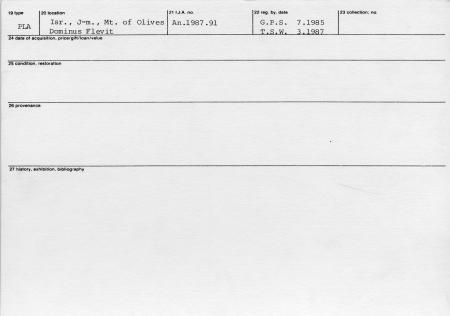