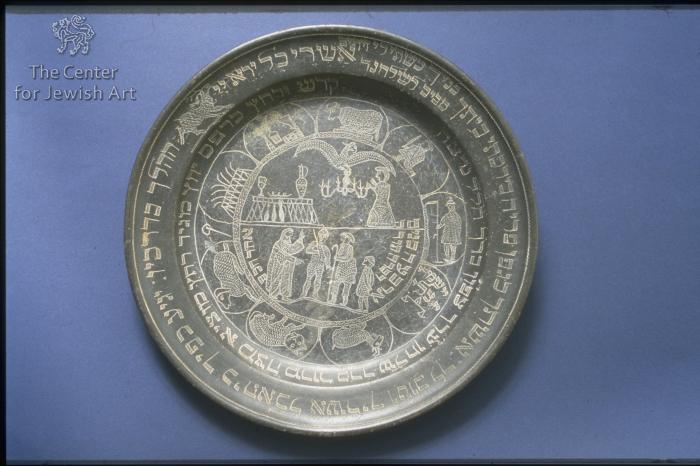 The pewter Seder plate is round, with a raised rim. The decoration is aranged within two concentrical circles. The central one is divided to two parts.

The lower part depicts the Four^Sons of the Hagada. (Sc 8797) The Four^Sons of the Hagada are depicted in the lower cental part. They stand in a row on a ground like line. The Wise on the left, is depicted like an old bearded man who teachs the rest sons while pointing his hand towards the sky. The Wicked is depicted like a soldier with a sword in his hand and an helmet. The Simple supported on a walking stick, is watching the Wise with his hand under his chin. The one who does not know how to ask, is depicted like a little boy, watching the Wise with his hands behind his back. From both sides are inscriptions which follow the the round frame. In squer field letters it reads: !ארבעה בנים ## דברה תורה## אחד חכם! !Four Sons the Torah said, one is wise,! (part of verses from the Haggadah). 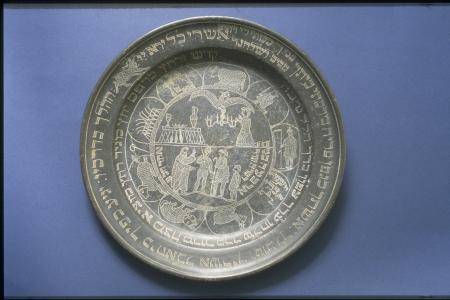 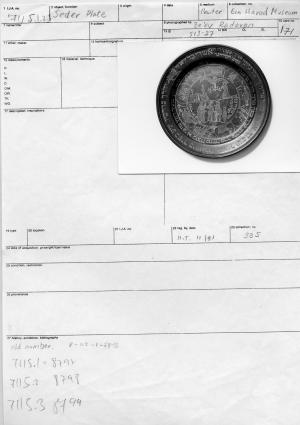 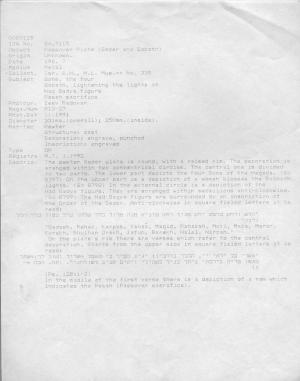 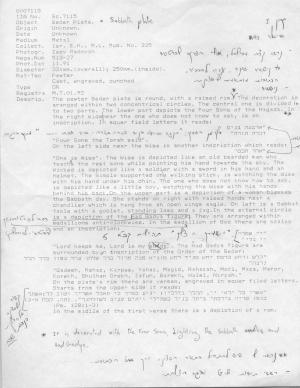 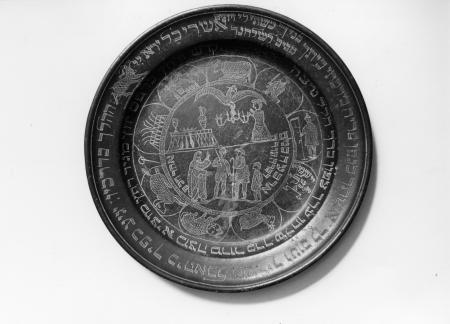 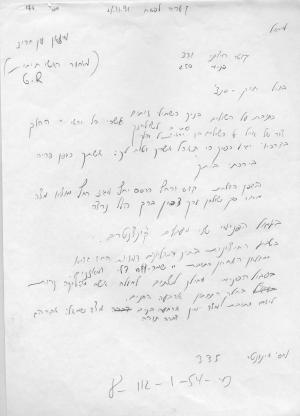 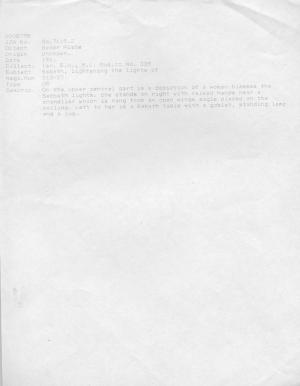 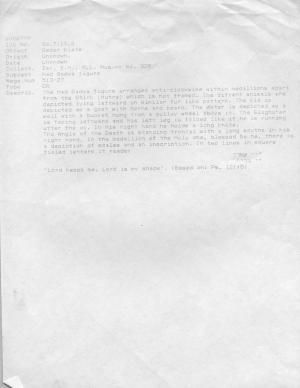 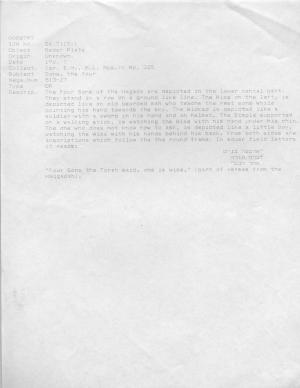