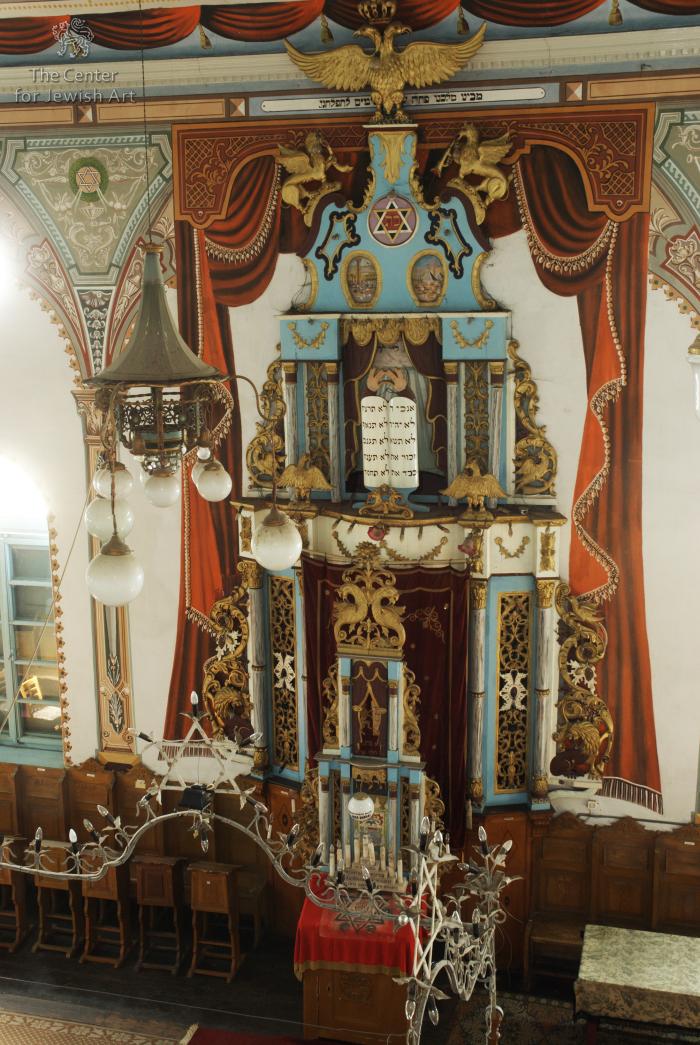 Above the two oval paintings in the upper tier of the Torah ark, within a round medallion containing a Magen David:

Translation: Crown of the Torah

Above the Torah ark:

Translation: Our father, our king, open the gates of heaven to our prayers! 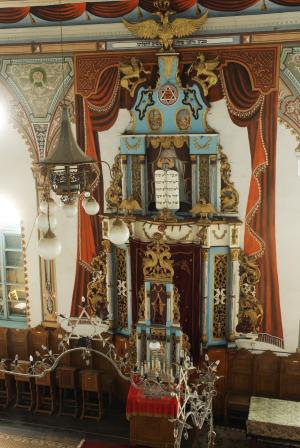 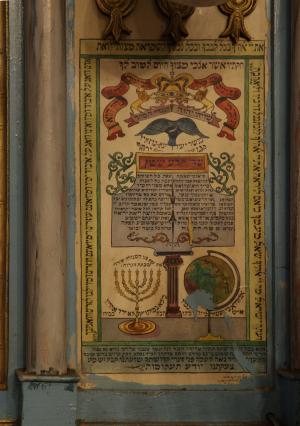 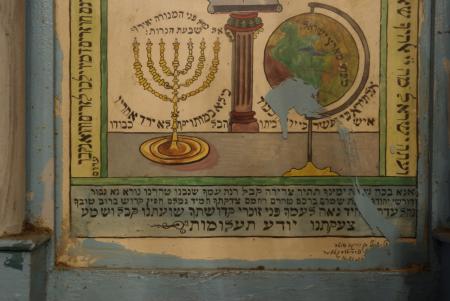 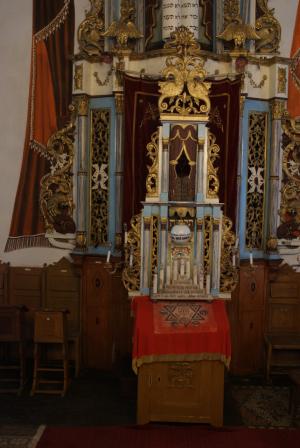 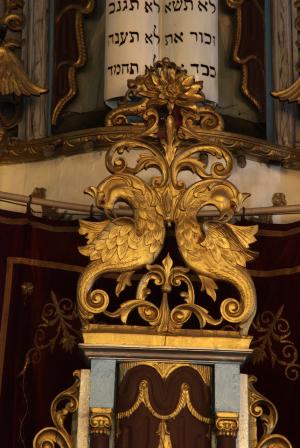 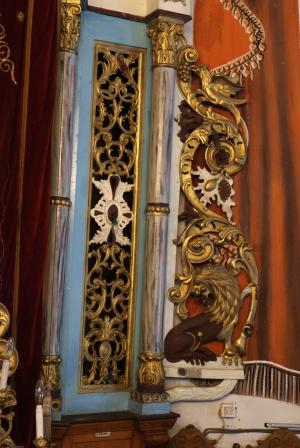 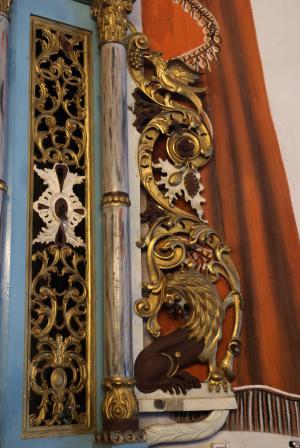 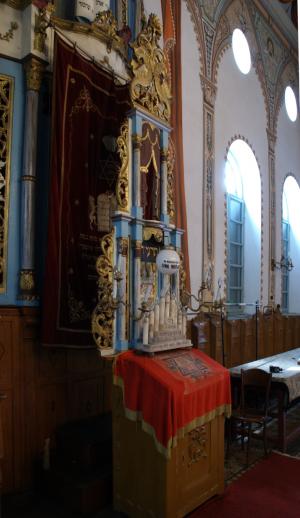 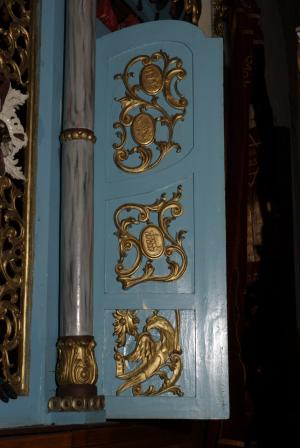 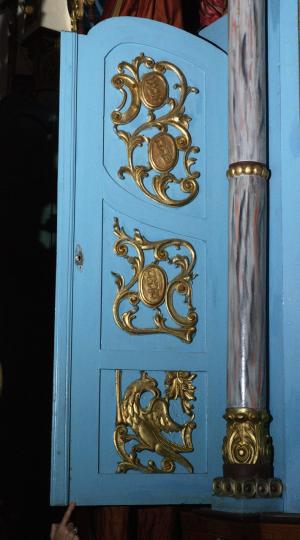 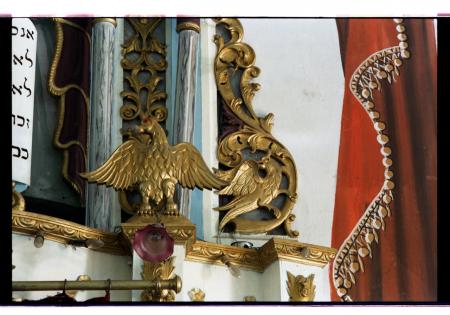 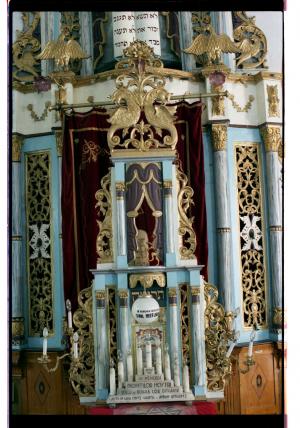 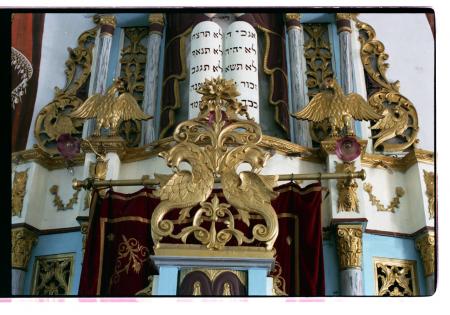 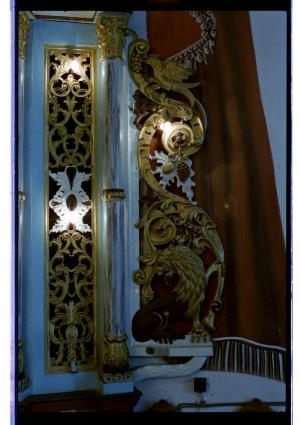