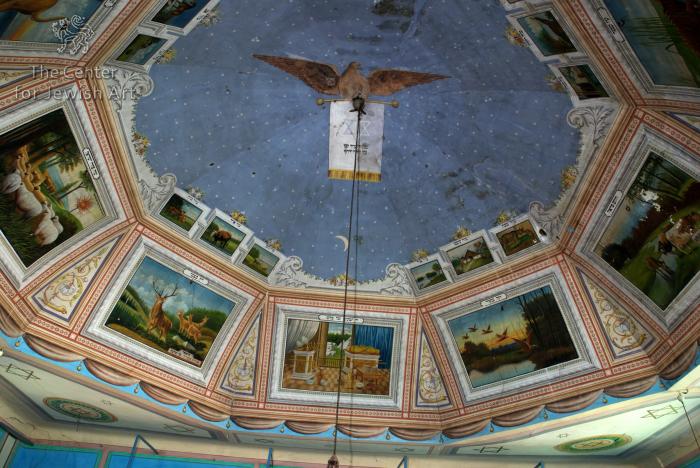 The decoration of vault of the synagogues contain a multi-level composition. The composition consist of a centric space surrounded by a variety of wide decorative borders filled with different paintings.The centric space of the vault are decorated in the form of the sky with the stars, the moon and the sun. In the center of the vault are situated a single-headed heraldic eagle that keeps the military standard with the text and the white MAgen David. In the lower part of the vault are placed two belts with the images: zodiac signs are located in the upper belt and eight illustrative scenes are located in the lower belt. Zodiac signs framed by rectangular medallions and grouped by three on each side. The illustrative scenes composed by one of each side of octagonal dome and framed by rich decorative border filled by architectural ornament and renaissance ornament.

The paintings in the synagogue, on the dome and walls, made by master Abraham Mendel son of Shlomo (obviously, the same Grünberg (Grinberg) from Yasi), between 1900 and 1920.

A fragment of an earlier painting, which is visible in the eastern part of the dome over the Torah Ark with the coat of arms of Principality of Romania shows that early layer of murals was made between 1872 and 1881 year. This coat of arms was used in this era.

For the zodiac signs see:

For the narrative images see: 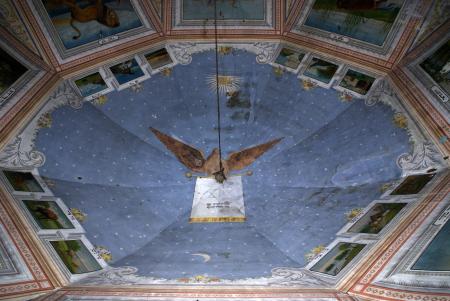 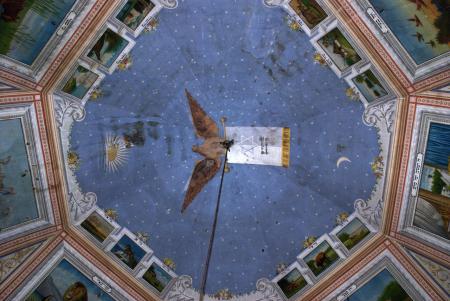 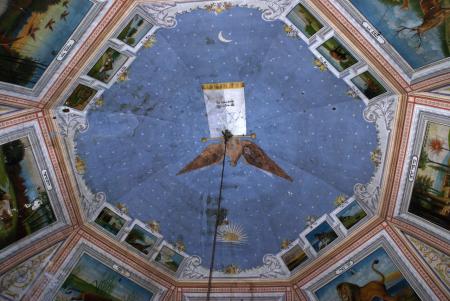 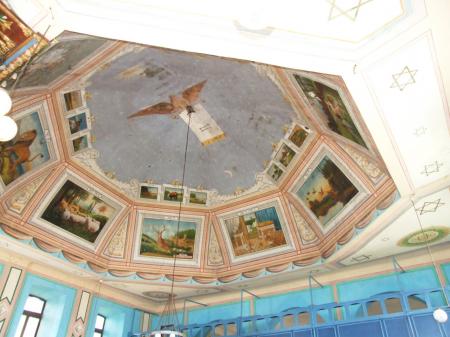 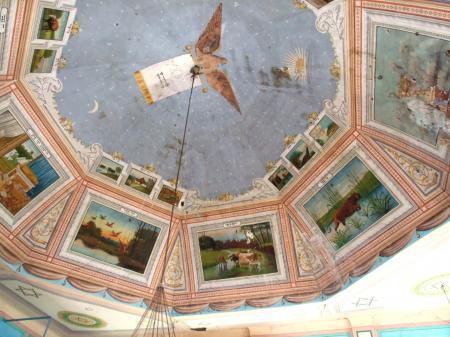 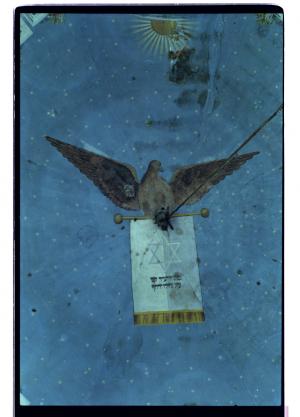 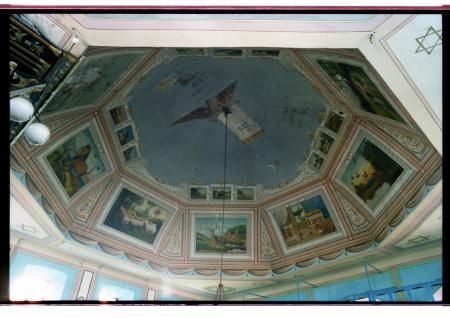 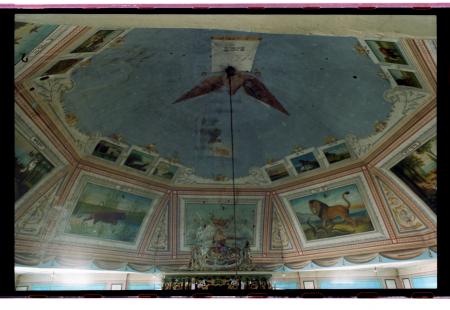