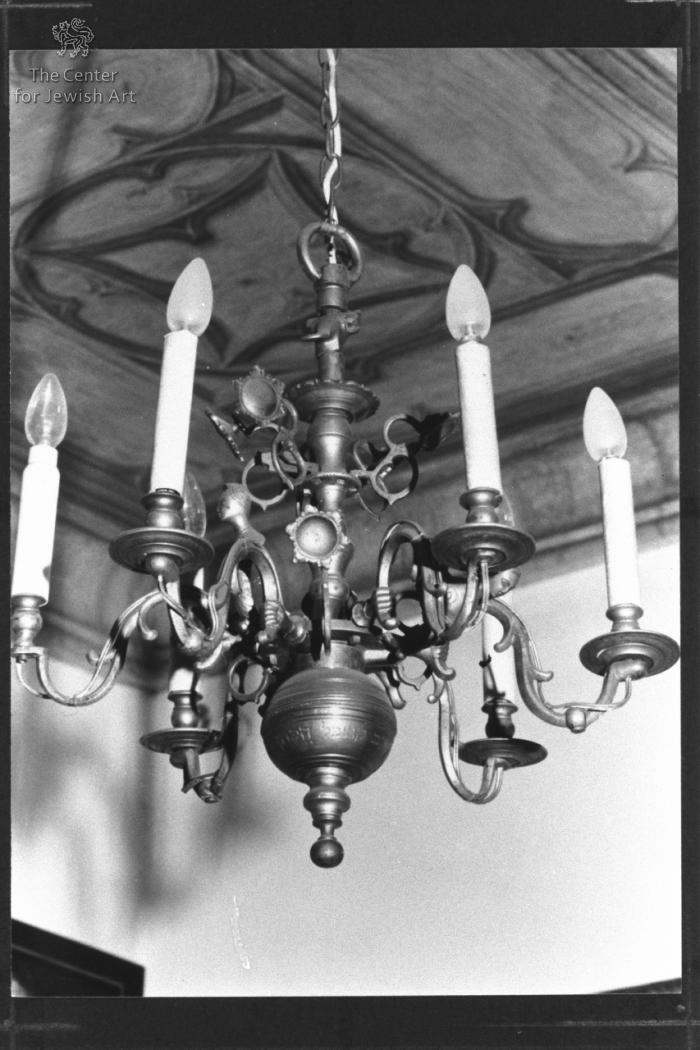 © Center for Jewish Art, Photographer: Radovan, Zev, 1990
The hanging candelabrum is made of brass and consists of a body, branches, candle sockets, a shaft and a hanger. The globular body, made of two hemispherical halves, is mounted over an undulating apex and is decorated with annular grooves. There is an inscription punched around the lower half of the body: "ז"נ )זאת נדבת( מ' )מר( יעקב קאפל הכהן בן מ')מר( נתן הכהן ז"ל )זכרונו לברכה(" This was donated by Mr. Jacob Kapel, HaCohen, son of Natan HaCohen, of blessed memory. Above the body, there is a circlet from which stem six branches, supported by clenched hands. The branches, in the form of foliate scrolls, bear vase-shaped candle sockets, attached to round concave trays. Between the branches, alternate three heads, with three branches, terminating in sunflowers (reflectors?). The shaft has an undulating form and is decorated with rings. In its center is a small circlet with slits from which branch six smaller branches terminating in sunflowers. Above them is an concave floraal disk. Above it hangs a crowned bird, terminating in a ring for hanging.
Summary and Remarks 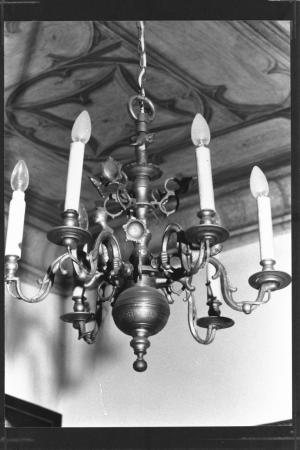 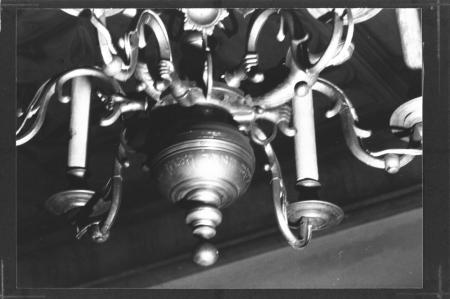 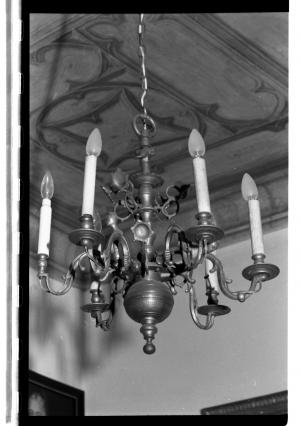 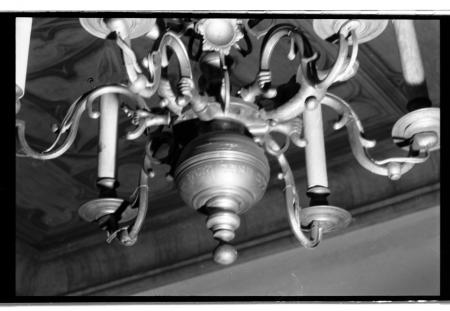 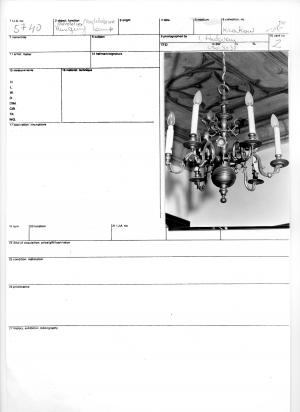 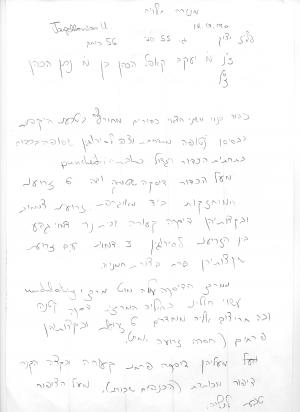