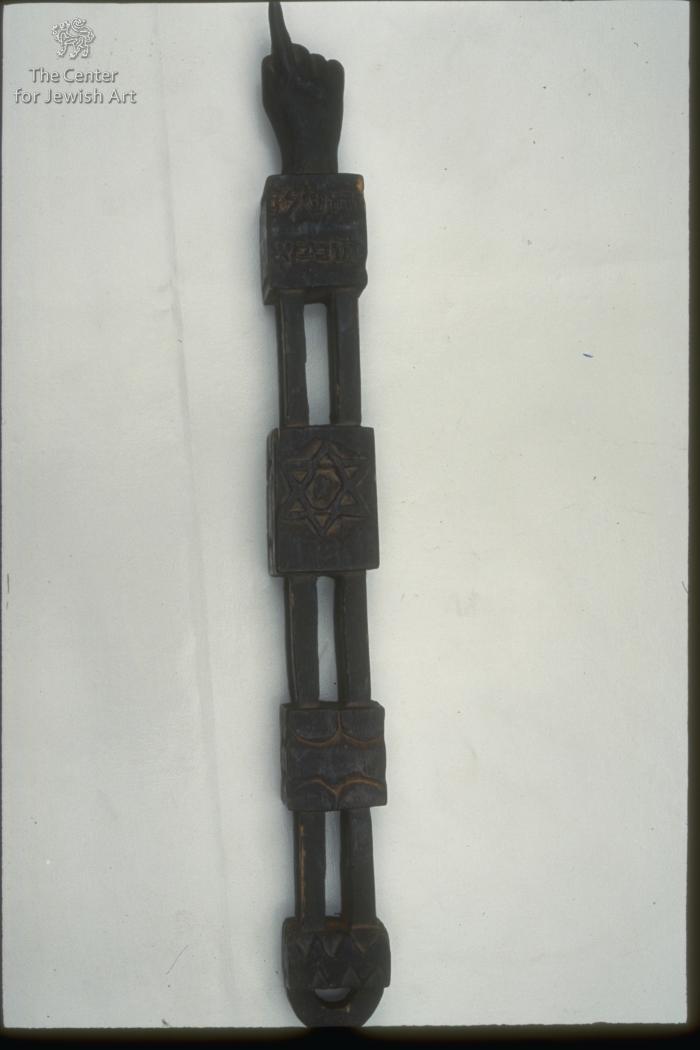 The Torah pointer consists of a bar and a pointer.

The rectangular bar is made of four thin columns and is divided into three parts by four joints.

An upper joint, two middle joints, a lower joint and a pointer.

The upper joint is decorated on its four sides by a row of rhombuses.

The middle upper joint is blank.

The lower joint bears an inscription in square filled letters ,on three of its sides, which indicates the date : “ 580 “ (1820).

The fourth side bears a Tulip like floral decoration.

The bar terminates in the pointer which is a clenched hand with a straight thumb. 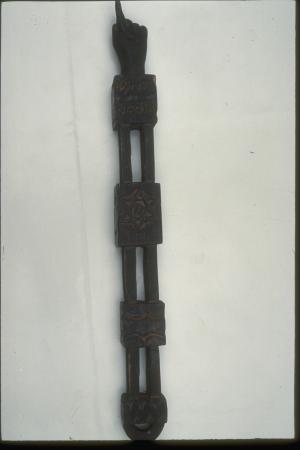 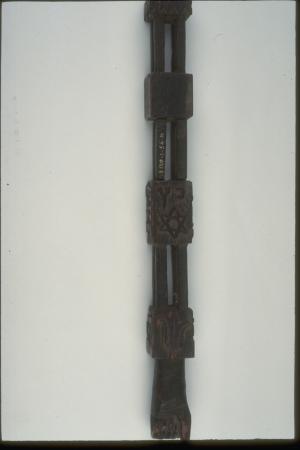 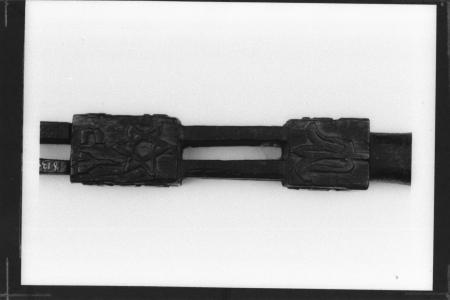 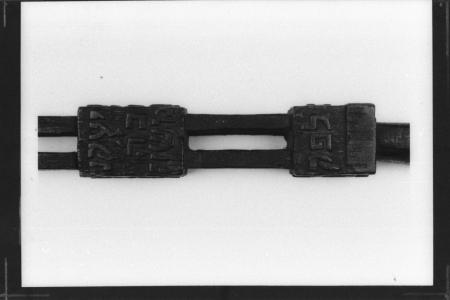 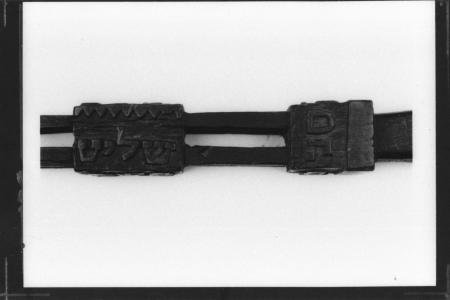 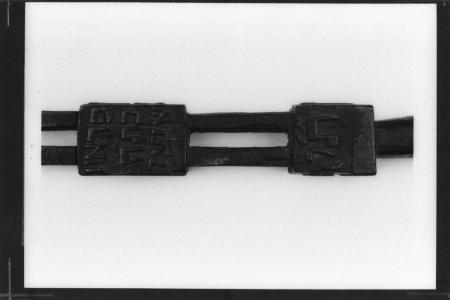 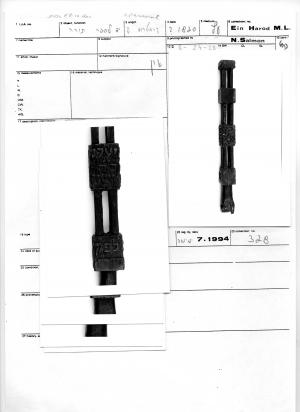 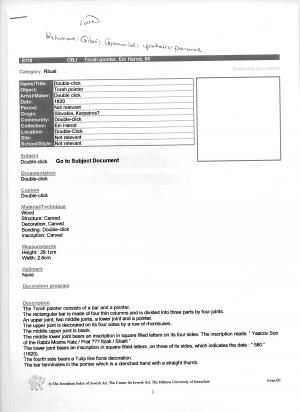 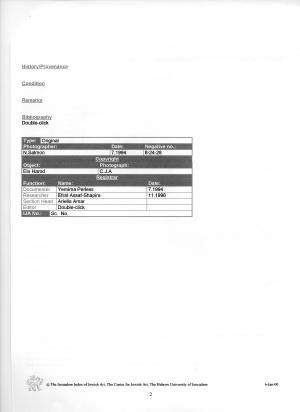 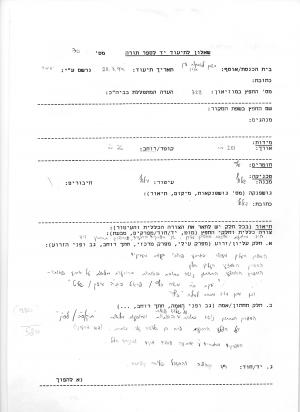 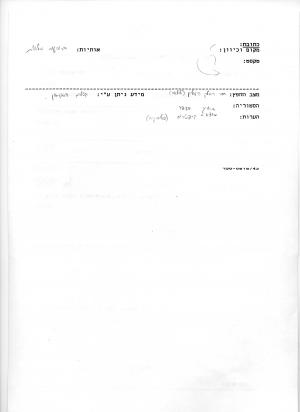 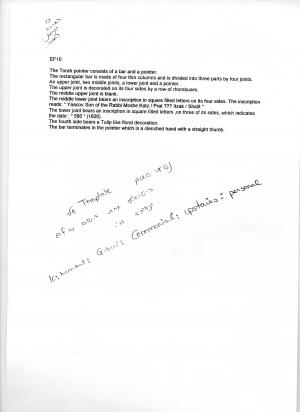 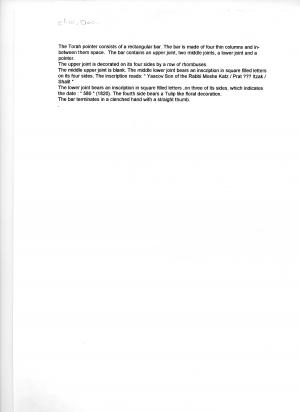