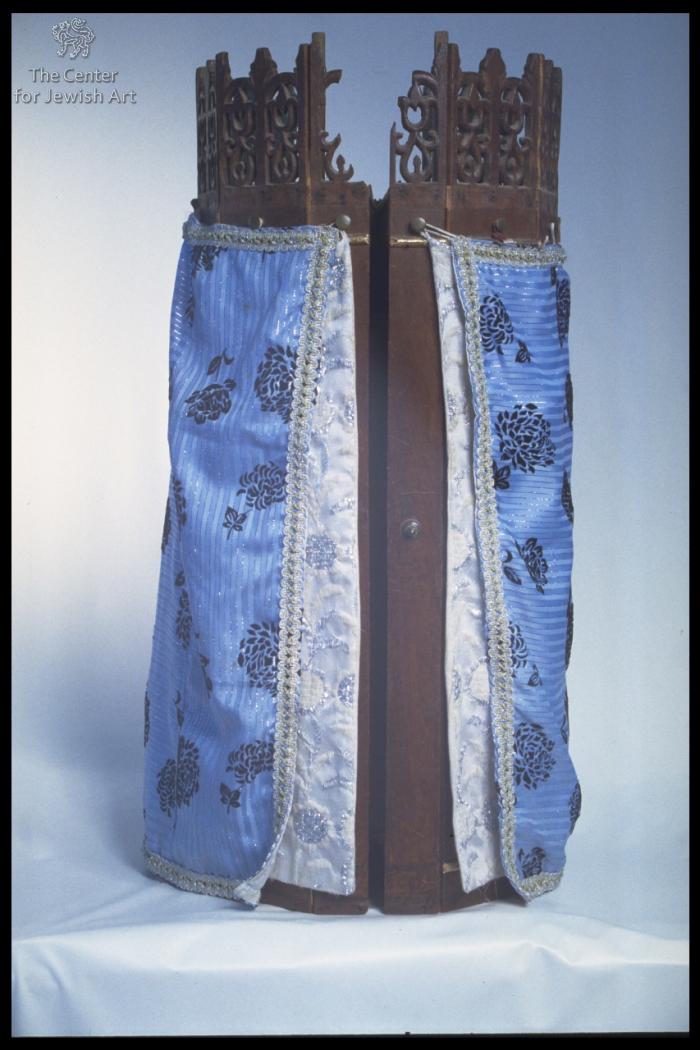 The body comprises ten facets and is encircled, at its upper and lower edges, by two pairs of strips, creating two friezes. The outer strips are wider than the inner, gilded ones. Similar, ungilded narrow strips also frame each facet.

Knobs for hanging the Torah wrapper are set within the upper frieze.

The openwork coronet is composed of ten units which continue the body's facets. The units are composed of two arches each framing a fleur-de-lys with two scrolls set on a drop-shaped unit. Palmettes top the connections between the arches and the units. The inner side of the coronet is painted in green.

The inner face of the Torah case is plain wood. Each half has a double shelf at top and bottom. A bar with eight 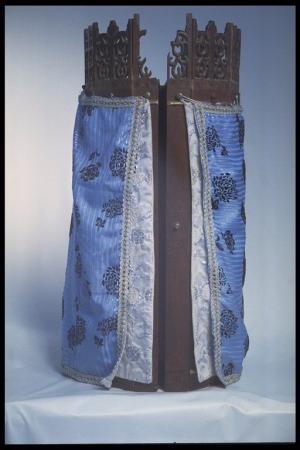 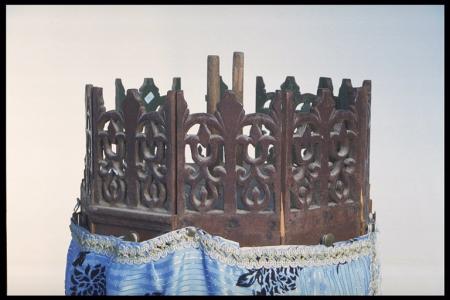 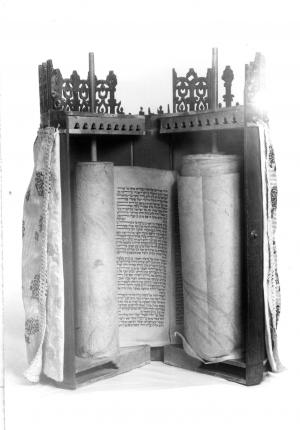 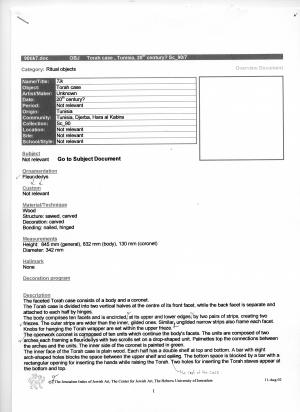