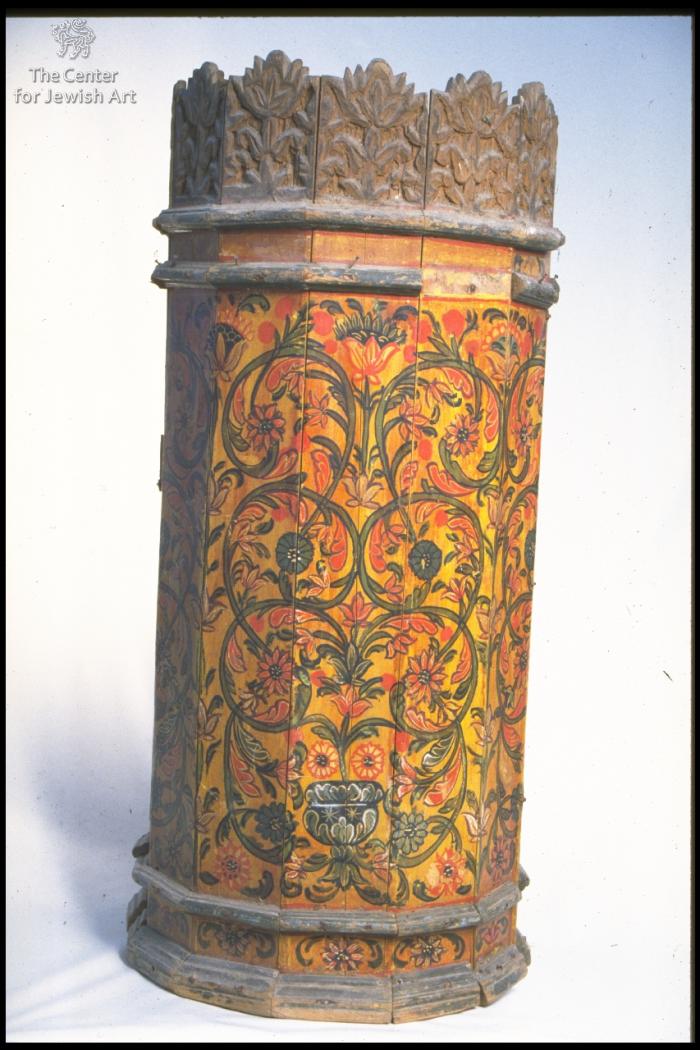 The Torah case is divided into two vertical halves at the centre of its front facet, while the back facet is separated from the body and attached to each half by hinges.

The case is composed of twelve facets and is encircled at its upper and lower edges by two pairs of strips, creating two friezes. The lowest strip is stepped thus creating a base.

The body is totally decorated with foliate scrolls divided into units of three facets. Each decorated unit has a floral vase at the bottom of its central facet. A central stem, bearing two round flowers and several fleurs de lys, rises from the vase and terminates with a lotus. Two scrolling stems branch off the central stem at its right and left, creating medallions enclosing round flowers.

A long stem, decorated with four fleur de lys and topped by a lotus, alternates between the vase units.

The lower frieze bears a decoration of round flowers flanked by a pair of scrolls.

The decoration is coloured in green, yellow and red against a yellow background.

The coronet is composed of twelve units, which continues the body's facets. Each unit bears a fleur de lys topped by a lotus. Two additional fleur de lys surmounting one another are set between the units.

The inner face of the Torah case is plain wood. Each half  bears a double shelf at its bottom for the raising of the Torah. Two holes for inserting the Torah scroll staves appear at the bottom and top.

A dedicatory inscription written in square Hebrew letters is at the inner face of the coronet, on the back facet. It reads: 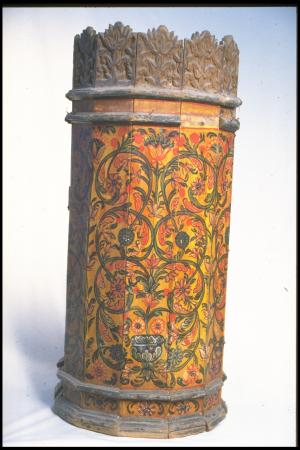 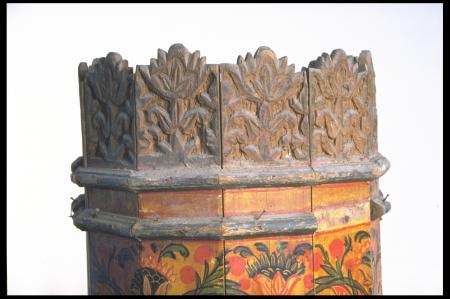 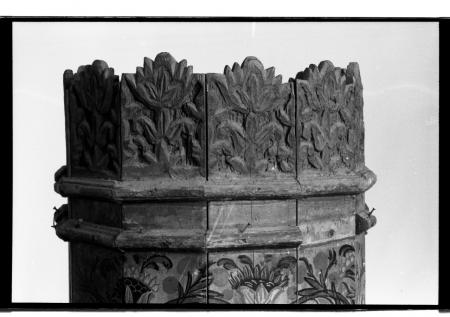 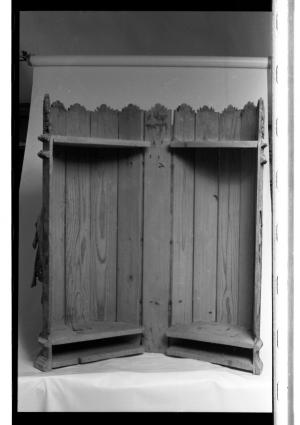 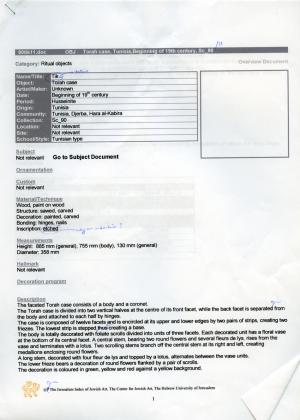 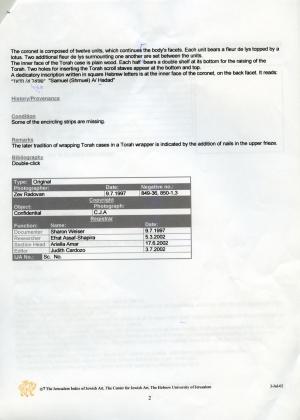 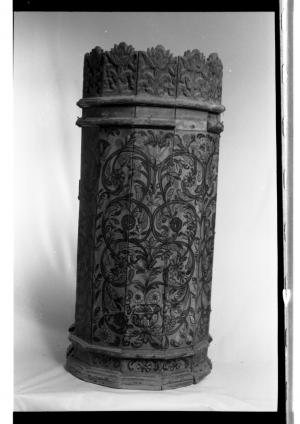 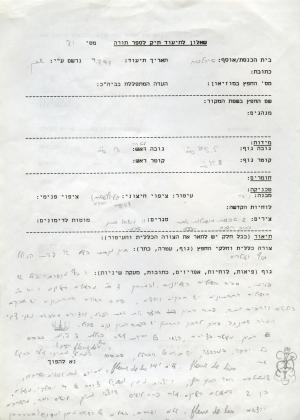 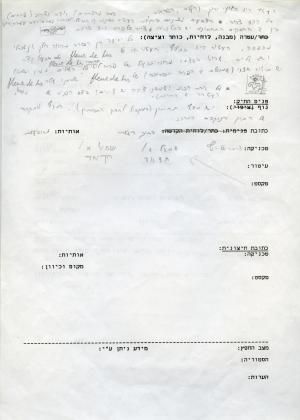