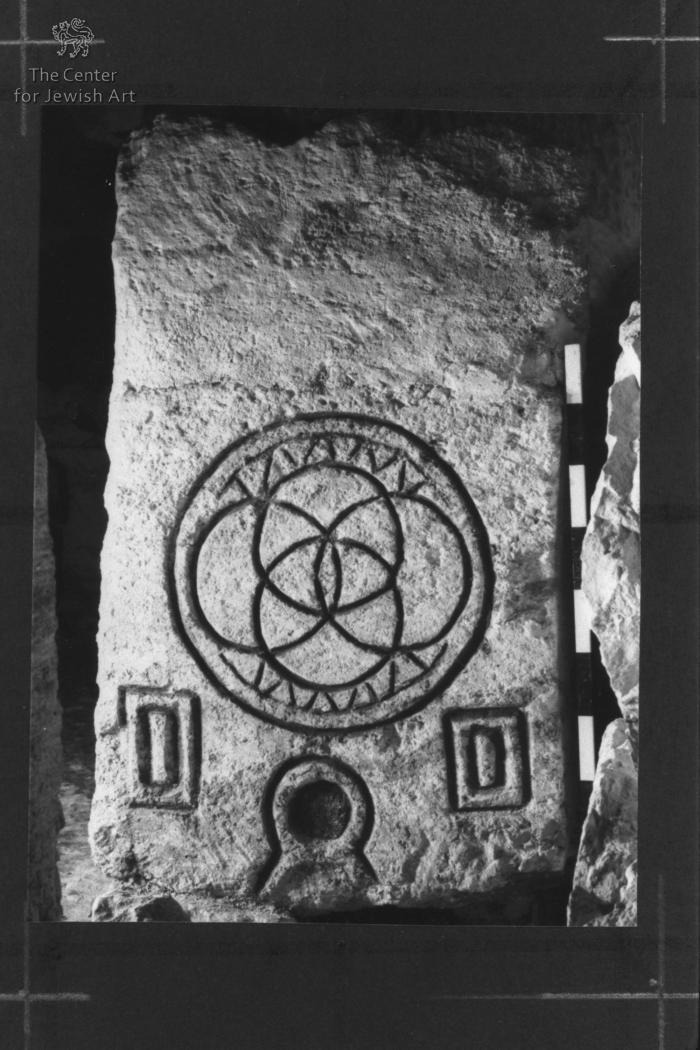 © Center for Jewish Art, Photographer: Unknown,
The sarcophagus has a rectangular body with a high gabled lid with four acroteria on the corners. Only the front and the right narrow sides were decorated. On the front are interlacing circles flanked DES by rosettes. On the right narrow $$9side of the sarcophagus are interlacing circles, and a wreath flanked by rectangles beneth it. On the front side - two geometric rosettes were incised. A ten petaled rosette to the left and a twelve petaled rosette to the right. Between them is a group of seven interlacing circles. On the right narrow side - are four interlacing circles enclosed by two concentric circles. A triangular pattern fills the space between the inner circles and the outer ones. Below them a small wreath with suspended ribbons was carved, decorated with triangulars. Two double rectangles were carved on both sides of the wreath. On the front side of the lid, four pairs of lines were incised, in imitation of roof rafters. 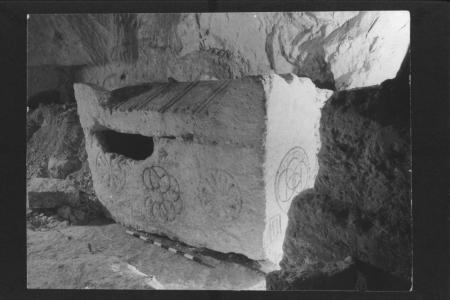 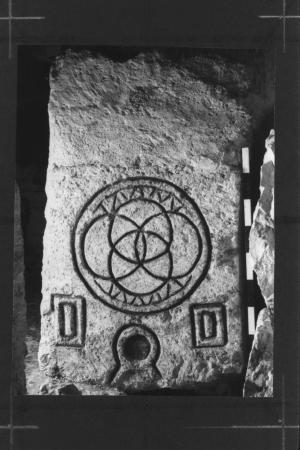