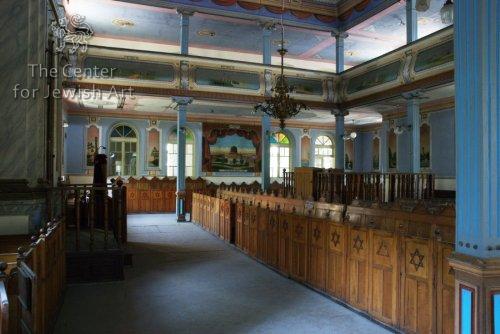 The prayer hall of the synagogue in Bacău has the size (). The hall is surrounded by the balconies of women's gallery on three sides, which are support by square wooden columns. The central part of the prayer hall covered with tetrahedral domical vault. The vault, the walls, arches and balconies of women's gallery adorned with murals, which correlated to the architectural design of the hall. The murals of the vault, on the eastern wall around the Torah Ark, on the walls and balconies of women’s galleries have independent iconographical programs.

According to inscriptions on two paintings, the murals in the prayer hall  of the synagogue are made by Mendel Grünberg (Grinberg) from Yasi, between 1900 and 1910.

For the Eastern wall decoration see:

For the Decorative landscape see; 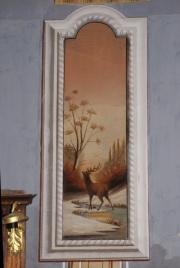 For the Musical instruments see: 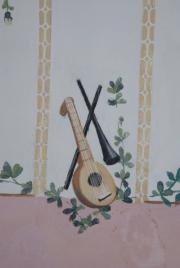 For the Still life decoration see: 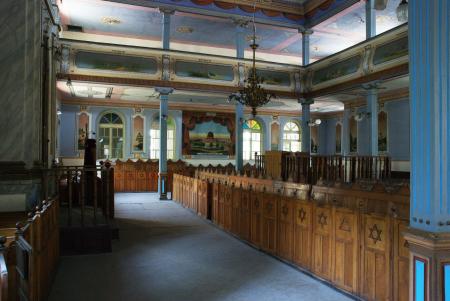