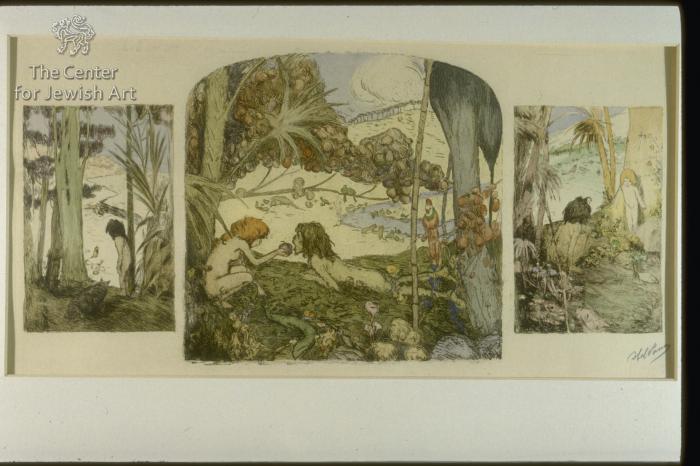 Three scenes are shown here: in the central one we have the temptation scene when Eve feeds Adam the apple. This is taking place in Eden. Adam is laying on the ground on his belly, his mouth wide open to receive the fruit. Eve is sitting opposite him, leaning forward while holding the apple to his mouth. Between them, closer to Eve the snake can be seen observing the two. The garden is full of various trees, some of them fruit bearing and all sorts of animals can be seen in the distance. On a tree branch to the right of Adam, a large parrot is sitting. In the left hand scene, a small boy is standing under a thin tree. The scenery is again the garden but this time Adam is alone except for a fat tabby cat. Both of them are depicted from the back. In the right hand scene, Adam is leaning on a tree, watching a very young girl standing opposite him. Again, the background is that of the garden. 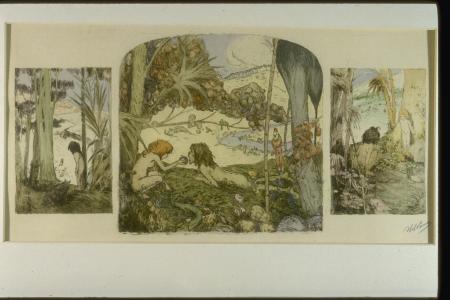