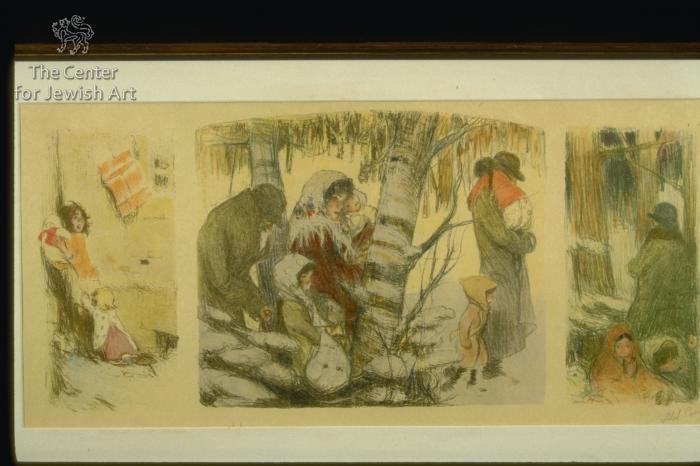 This print is a triptych with a major scene of refugees in the middle and an additional scene on either side. On the left, a small girl with a baby in her arms and a toddler next to her try in vain to protect themselves by squeezing into the room's corner. The room itself is in havoc. In the central portion of the print, a family of refugees is depicted: grouped among tall birch trees a man and a woman carry their children in their arms while an old man and two more children walk beside them in the snow. They are covered with heavy coats to portect them against the cold. In the third part of the print, a man is seen from behind; he is leaning against a tree while two girls sit near him. He might also be the father from the central scene. 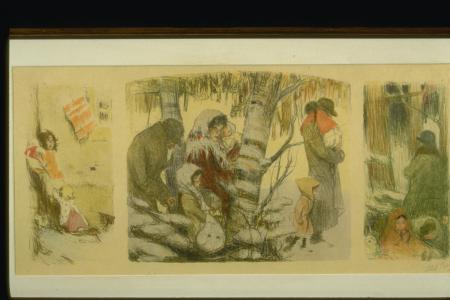