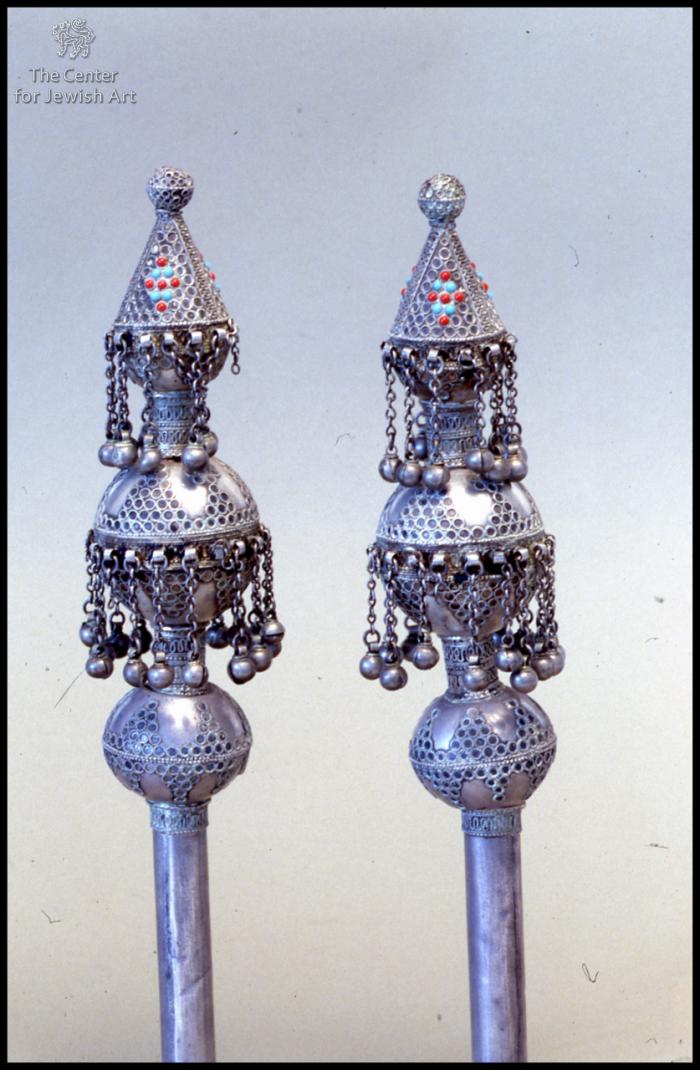 © Center for Jewish Art, Photographer: Radovan, Zev, 1992
The Rimon consists of a shaft,a body, a head and an apex. The cylindrical shaft bears a band decorated with a wavy pattern at its top and bottom. The body consists of two spheres separated by two bands identical to those of the shaft. Each is composed of two identical hemispheres, joined by a decorative band. The hemispheres are decorated with a repeating pattern of triangles formed by circles. The lower sphere is smaller than the upper. Twenty rings which carry chains and slit globular bells are attached to the central band of the upper sphere. A collar composed of two bands surmounts the body. It is surmounted by a conical head with a bowl-shaped base. The base bears the same decoration as the spheres. The cone is divided by thin bands into three triangular sections filled with circles and coloured beads. Fifteen rings which carry chains and slit globular bells are attached to a band above the base. A globular apex decorated with circles surmounts the head.
Summary and Remarks 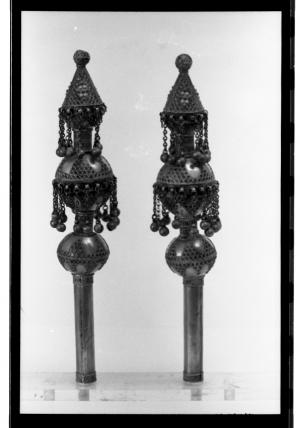 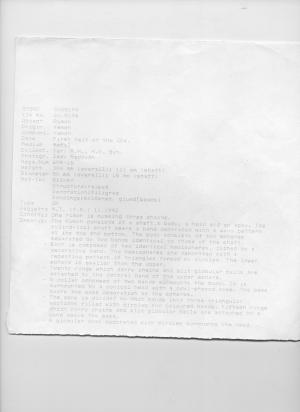 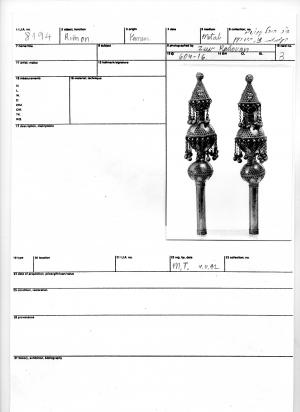 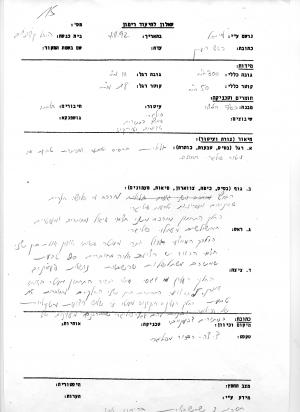 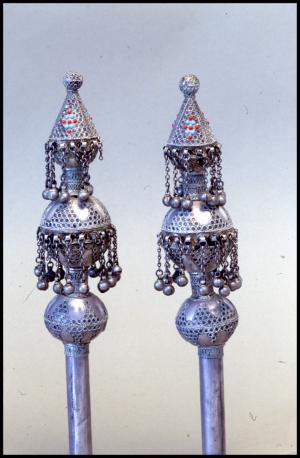