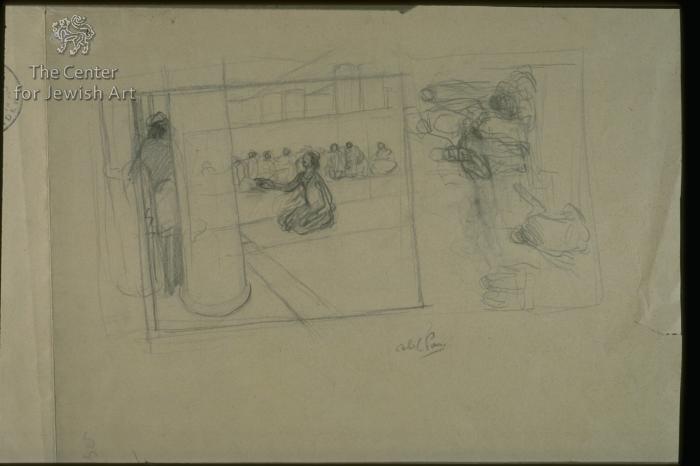 Joseph is depicted sitting on the ground in a huge hall filled with people. He is kneeling with his right arm is raised. Behind him a crowd of people can be seen at left between two columns where a guard stands. If the page is turned, on the right, the same scene is repeated, only this time Joseph can be seen from the back facing the Pharaoh and some attandents of the egyptian court. On the other side of the page there are two more scenes. One is of a man kneeling on a platform raising his right hand and pleading. The platform is between the columns. Another scene is below on the right- a man kneeling while another one is standing as a guard near the column. 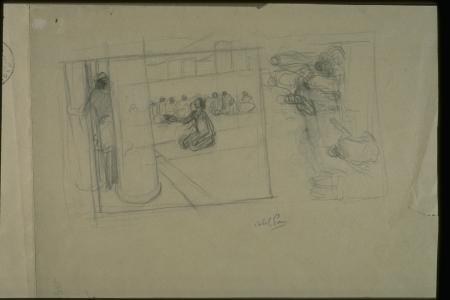