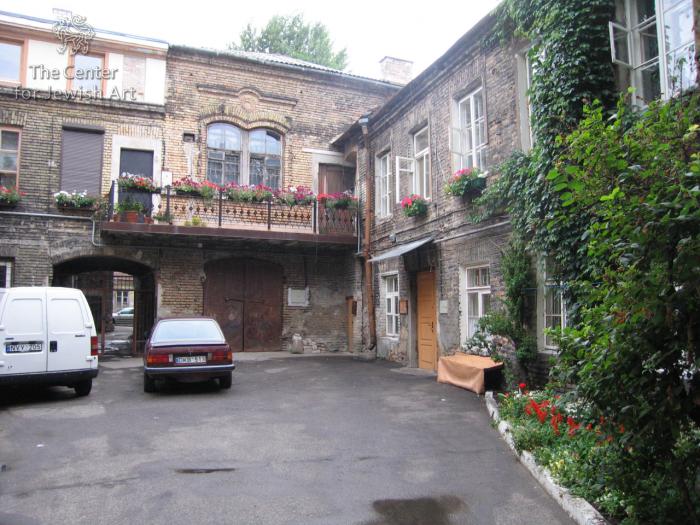 The kloyz was established in 1858 by B. and R. Epstein, members of a prominent family. The current building was erected in 1915 by a wealthy benefactor Mordechai Epstein (1844–1916).

The building of Epstein’s Kloyz is located in a courtyard between 3 Gėlių and 4 (former 8) Šv. Stepono Streets. In 1916 there were 50 regular worshippers; the kloyz paid the owner of the house annual rent of 250 rubles. By 1933 the number of worshippers dropped to 42. In the interwar period the kloyz was famous for its fund for loans without interest intended for Jewish women.

The building of the so-called “brick style” is constructed of yellowish brick upon a brick and boulder socle, and is covered with a hipped roof of asbestos sheets. The kloyz was situated on the first and second floors, while the ground floor housed workshops and stores, which had wide arched doorways. The prayer hall has an irregular square plan, oriented towards southeast, while the women’s section was supposedly situated at a gallery along the northwestern wall. The prayer hall was lit through four pairs of segment-headed windows – two pairs at the southwestern façade, one at the southeastern and one at the northeastern façade. Each pair is surmounted by a small round niche (maybe original window) and a straight pediment with bent middle part. Four small segment-headed windows of the women’s gallery are situated in the upper tier of the northwestern façade. The prayer hall was accessed through an outer staircase, leading to the balcony on the northeastern façade, where a wide portal is situated to the right of the windows; the women’s gallery was reached by the next flight of stairs, leading to a doorway in the upper level of northeastern wall. 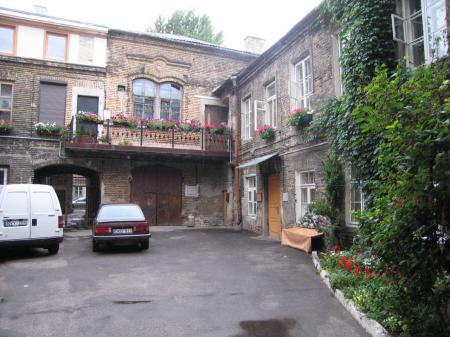 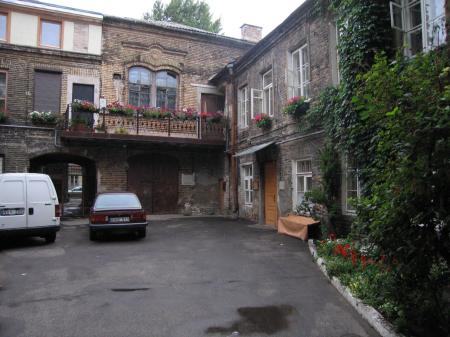 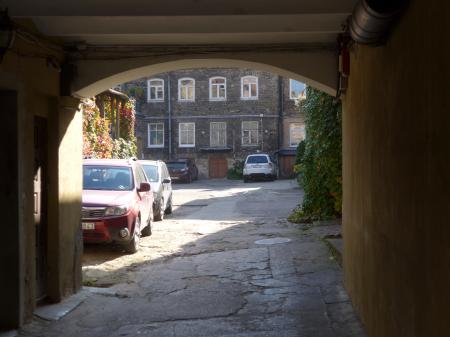 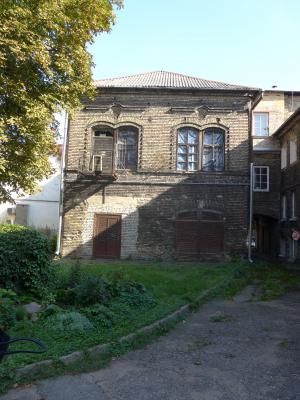 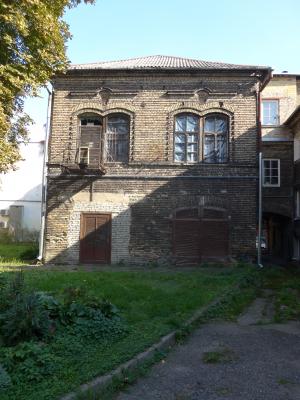 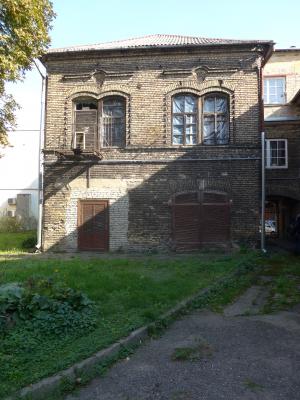 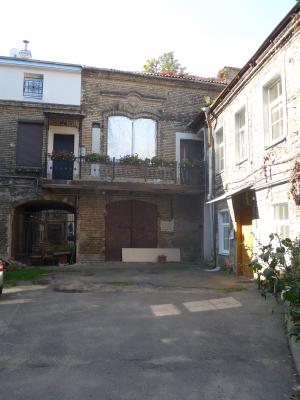 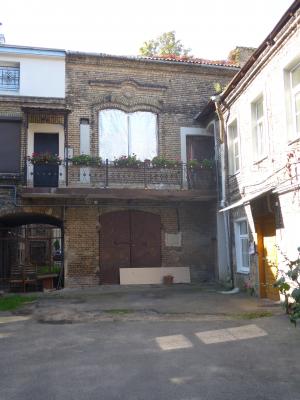 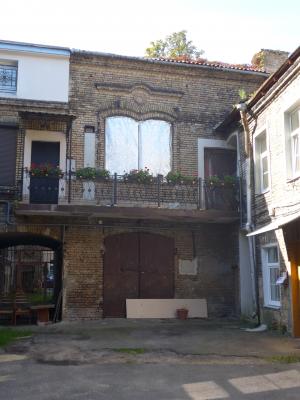 The obituary to Mordechai Epstein stated:

R. Mordechai Epstein was one of the so called “bnei aliyah” [members of elite], the number of which diminishes from generation to generation: the great gvir [wealthy notable], who spent his every free minute for studying Torah, and invested a great deal of energy and money for spreading the knowledge of Talmudic literature among the people. Thus he always supported large and small yeshivas and helped much to strengthen the institutions, which aim to support and reinforce the Orthodox Jewry. Reb Mordechai Epstein’s house was, in general, the house of Torah and philanthropy, which was always visited by the great rabbis […]. Notwithstanding his multiple activities and business obligations, he had found time to write several books on halakhah and agadah under the pen-name “Shaarei Torah” [The gates of the Torah] […].Reb Mordechai Epstein was involved in the Vilna community during his entire life. He served for many years as a gabai at the Talmud Torah, as a committee member of the M. Strashun Library and played a significant part in several other charitable institutions of the local community. […] Thousands went after his coffin and many eulogies were said in the cemetery; people knew and felt that one of the “last” has died.