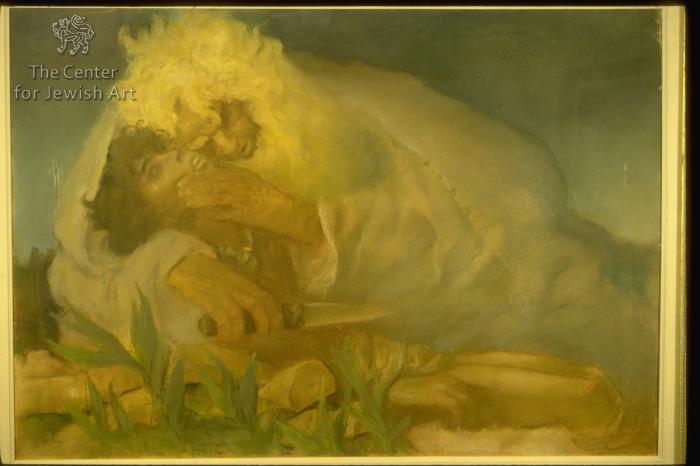 Abraham is depicted as an imposing, aging figure engulfing the skinny, young Isaac in his embrace. With his right arm he holds Isaac closely to his body, leaning his forehead against Isaac's cheek. He grips Isaac's chin firmly with his left hand and holds a sharp pointed knife in his right hand. His head is covered with an abundance of white hair and he has a long, bushy, white beard. Isaac is seated on the stone altar and his legs, tied at the knees, are stretched out before him. He wears a necklace of beads and his thin body is barely visible beneath his father's embrace. The expression on his face is one of terror. Logs of wood for the sacrificial fire are visible beneath his body. Green leaves from a bush below the altar are depicted in the foreground. 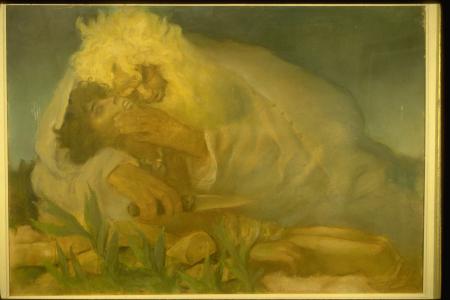