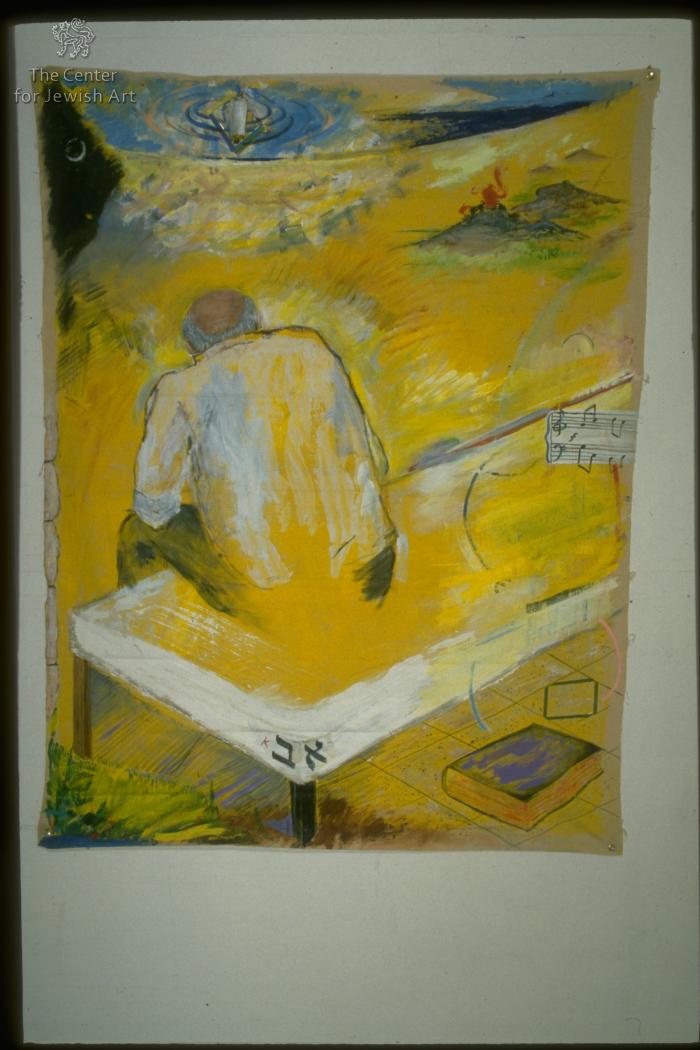 An old, balding man is depicted from behind seated on a low yellow bench which is isometrically painted. The bench stands on a tiled floor with a book lying on it beneath the bench. The sides of the bench are painted white. Two letters are written on the corner of the bench. In the foreground is written in black block Hebrew letters: אב "Father"/"Alphabet", the two letters being also the first letters of the Hebrew alphabet. The small black cursive Hebrew letter, Aleph, is added, written after the second letter, creating thus the word: אבא "Dad." A circle is drawn on the far side of the bench beneath two lines of musical notes. The man looks onto the landscape in the bakground which suggests part of the map of Israel: The Judean hills rise from yellow sand on the right and the sea shore is visible on the horizon. Superimposed over the colored sea in the upper left part of the picture is an encircled geometrical shape. A black patch is depicted on the right of the sea and on the left is a crescent moon painted on a black triangle. The edge of a stone wall peeks out from the left side of the painting. 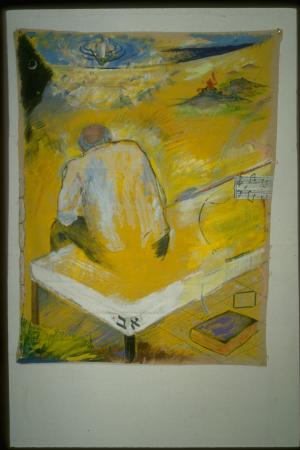