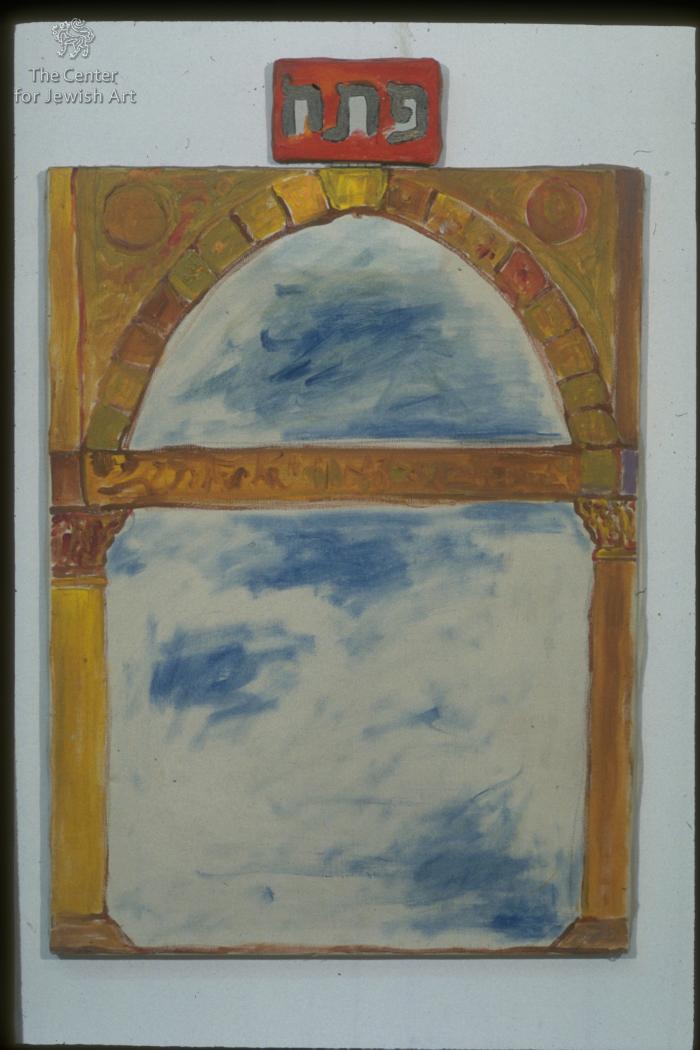 The painting consists of a large canvas panel surmounted by a small canvas panel, both mounted on a large canvas. A golden-red arched gate with corinthean colunms is depicted on the larger canvas. A central beam rests on the two pillars spanning the width of the arch. The arch is composed of seperate bricks which are darker in color on the sides and become brighter towards the middle culminating in the yellow keystone. Golden medallions surmount the arch in the left and right corner of the gable. The space of the gate inside is represented by blue-sky smudged lines. A word, meaning 'Open' is painted in Hebrew block letters in the small panel mounted over this larger panel. The panel rests directly above the keystone of the arch. פתח 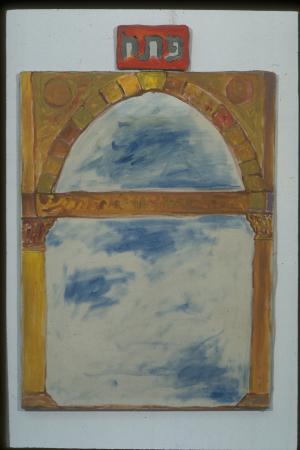