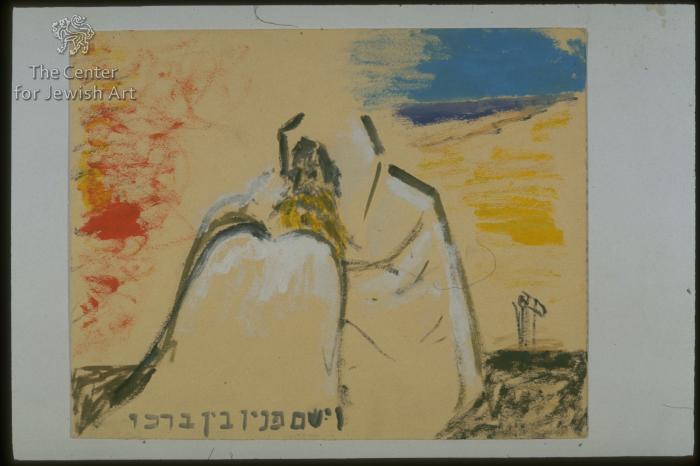 The picture represents a blonde-bearded man seated on the ground with his head between his folded-up knees, turning leftwards. His robe is represented by white color on a cardboard substrate and is countoured in black as if rising from the earth. The earth is colored brown at the figure's right and red at his left. At his right, above the earth are dry yellow lines and above them a blue-sky cloud. At his left, above the earth, are red dry stains suggesting a fire carriage. On the left, at the bottom of his robe is written in Hebrew block brown letters part of the verse from Kings 18:42 which is also the title of the picture: וישם פניו בין ברכו/And put his head between his knees. 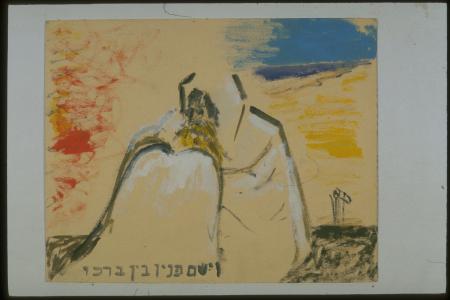