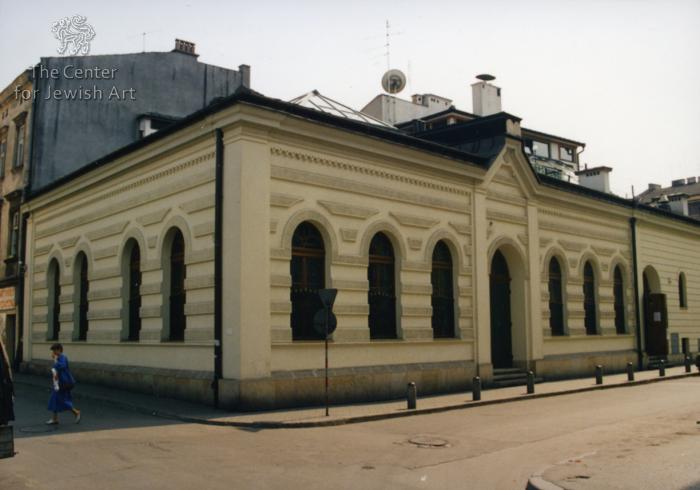 The Bnei Emunah (Sons of Faith) house of prayer is located at the corner of 17 Meiselsa Street and 5 Plac Nowy (registered property no. 404) on grounds which belonged to Kraków goldsmiths from 1489 until the end of the 18th century, and limited to the north by a 19th-century extension of today’s Meiselsa Street. It was built in 1886 according to the design of architect and builder Jacek Matusiński and at the initiative of Lejb Schudmak and Züssman Schenker, members of the Bnei Emunah Jewish Society of Prayer and Charity (Polish: Żydowskie Towarzystwo Modlitewne i Dobroczynne B’nei Emuna). The Germans destroyed the inside of the building, subsequently converting it into a woodworking shop. Following the war it was still used as a woodworking shop, and then as storerooms.

After a thorough renovation carried out in 1988–1993 the building became the seat of the Judaica Foundation Center for Jewish Culture (Polish: Centrum Kultury Żydowskiej Fundacji Judaica). Architect Dariusz Gruszka was in charge of the renovation works which were possible thanks to the greatest financial support from the Congress of the United States as well as to smaller donations from the Kraków Municipality Office, Kraków Province Governor’s Office, Social Committee for the Restoration of Kraków Historic Monuments, and the General Office for the Preservation of Historic Monuments. During those years the main prayer hall ceiling polychrome paintings and a plaque recognizing the late founders and members of the society were preserved and partly reconstructed. The Center for Jewish Culture was dedicated on November 24, 1993. The whole renovation cost over 2 million Polish zlotys. In 2011 a motion was filed with the regulatory commission for the return of the building of the B'nei Emunah house of prayer to the Jewish Community of Kraków.

The brick synagogue is a rectangular building erected in the Romanesque Revival style with Moorish elements. The inside of the synagogue is divided into two parts with a hall for men to the east and a hall for women to the west, which are separated by a passageway with a cast iron column. On the ceiling of the men’s hall there is a plaster rosette and a painted ornamental decoration, reconstructed in 1993 as modeled on the elements from the turn of the 19th and 20th centuries (an examination of the decorations and the reconstruction project by Bogusław Bałos, historic preservation officer).

In the hall intended for women there are a plaster rosette and a painting decoration from 1993 which refers to the type of decorations characteristic to the 19th and 20th centuries. The seven-side façade has four bays and horizontal bands imitating rustic work. There are metal doors in both entrances and reconstructed woodwork and a wrought iron grille in the arcaded windows. In the men’s hall, in the center of the east wall there is an arcaded recess for the Aron ha-Kodesh, while on the west wall there is a stone plaque containing Hebrew inscriptions from 1931 and honoring the deceased associated with the house of prayer (e.g. Lejb Schudmak). At present, there are two plaques in the main prayer hall, one commemorating Rafael Scharf, a native of Kraków who was an activist for Polish-Jewish relations and the other plaque recognizing a contribution in the form of audio and conference equipment made to the Center by the Foundation for the Polish-German Cooperation, this being possible thanks to financial support of the German Federal Republic. Hung on the south wall is a huge painting by Vincent Capraro, The Jews of Vught, which commemorates the events that took place in Vught in a death camp established in 1942 in the vicinity of Den Bosch in the south of the Netherlands. 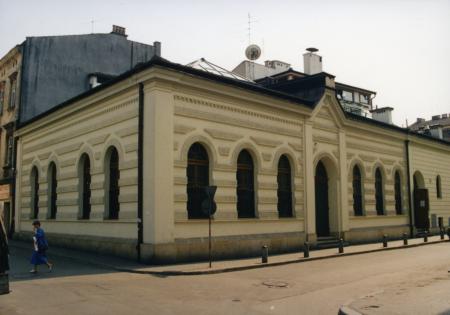 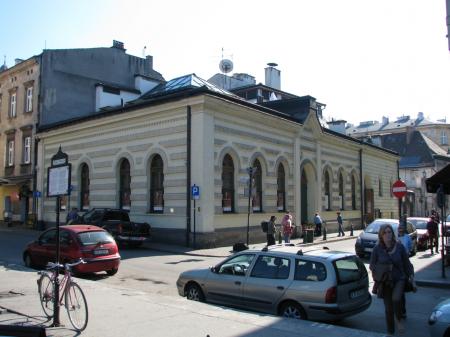 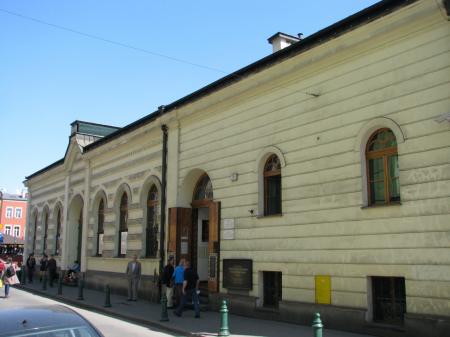 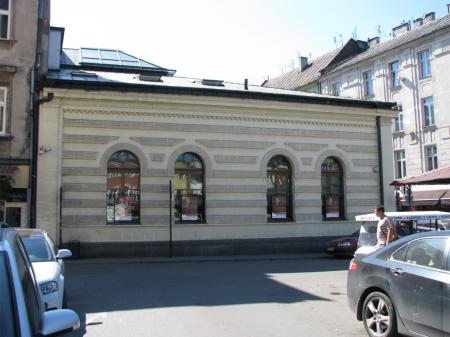 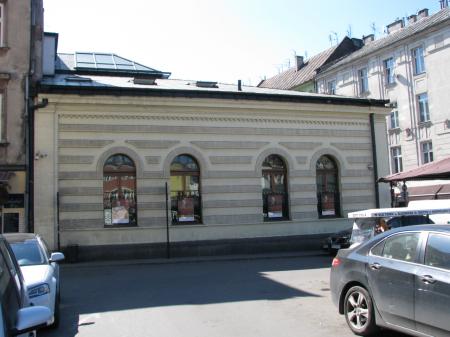 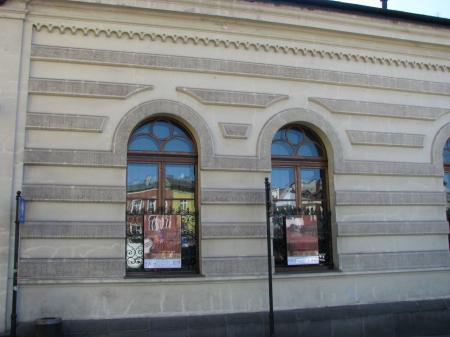 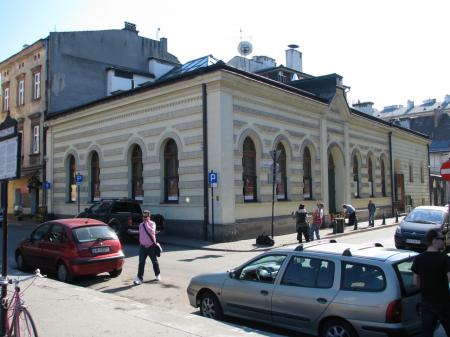 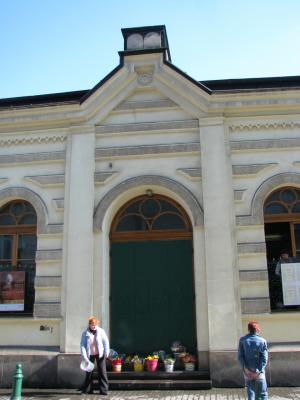 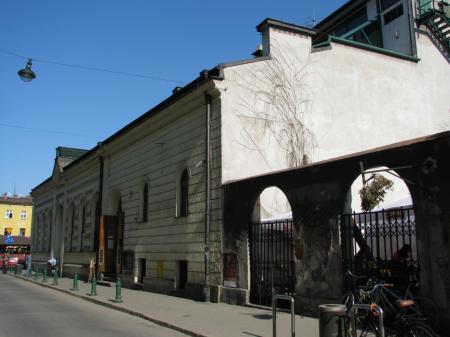 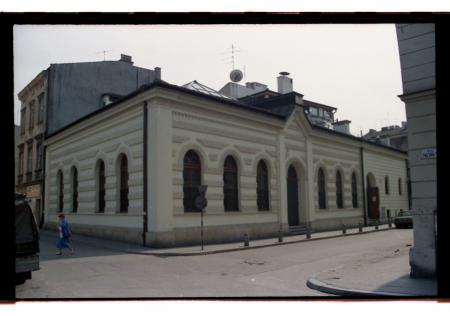 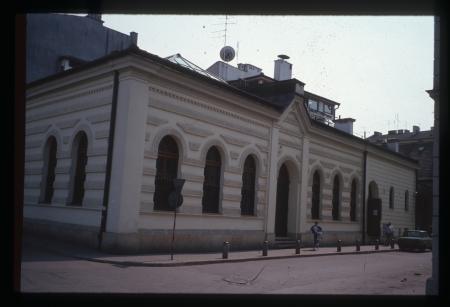