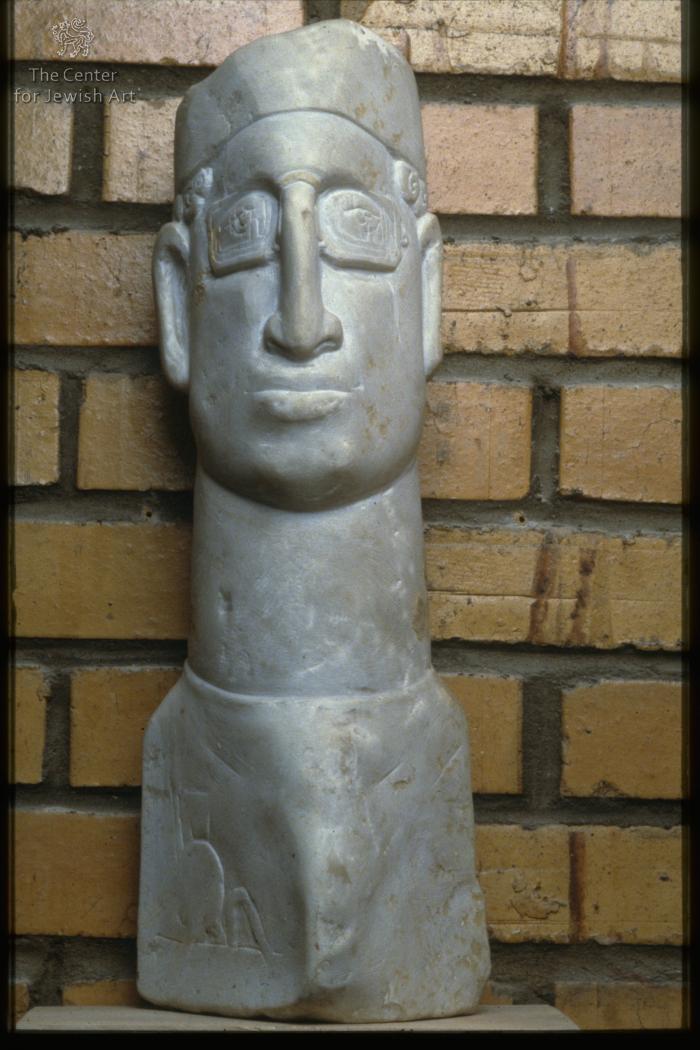 © Center for Jewish Art, Photographer: Tartakovsky, Sergey, 11.1992
The portrayal consists of three main, parts put one upon another: a base, triangular in its cross-section, a strong cylindrical neck and a head like a triangular prism, crowned with a low doctor's cap. The base may remind of a doctor's smock. On its right side there is a small engraving. Its subject remains unidentified. There is a triangle, a circle with two vertical lines above, coming out of it like two rays, and two vertical parallel lines close to the circle. The circle together with the lines may remind of a shield and of a lance. The broad face of the physician has a pronounced Semitic type. The hooked nose is flattened at the end. The lower lip is slightly protruding. The ears are pressed to the head. The frizzy hair can be seen from under the cap tightly put on. The physician wears glasses. They seem to be cut into the face. The outlines of the eyes are stretched on their surface. The pronounced Semitic type as well as the style of the portrait evoke reminiscences of Assyrian relieves.
Summary and Remarks 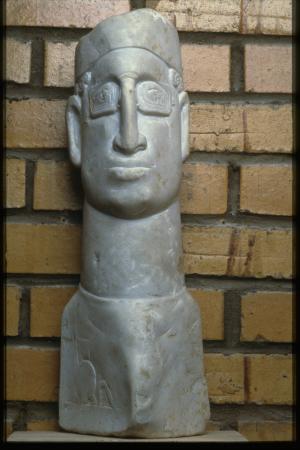 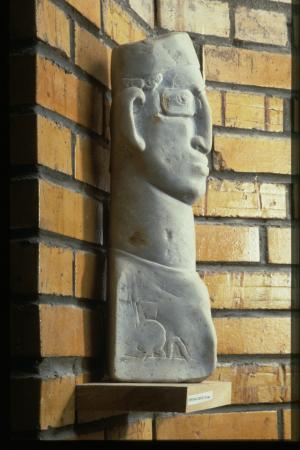