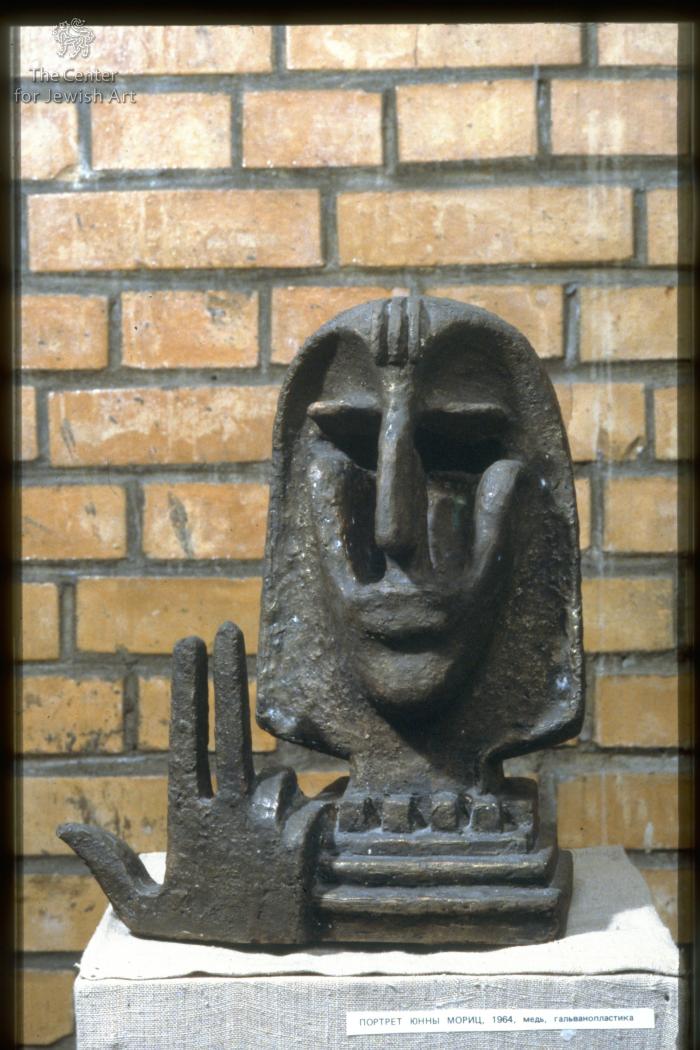 © Center for Jewish Art, Photographer: Tartakovsky, Sergey, 11.1992
The portrayal consists of two main elements: of a head and of a hand standing to its left. A conical form of a coiffure determines the form of the head. From the front the surface of the coiffure is flat. A large acquiline nose, a rounded chin and a mouth together with protruding cheek-bones and flattened and sharp eye-brows stand out as a relief against the flat background. Cheeks are pressed into the core of the head while eyes are represented by holes. From the behind two similar dents are made in the coiffure. The right hand is raised in a rhetorical gesture. It is turned forward with its back side. The thumb, the forefinger and the middle finger are straightened, while the other two are crooked.
Summary and Remarks 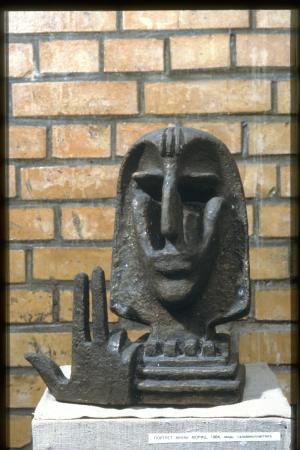 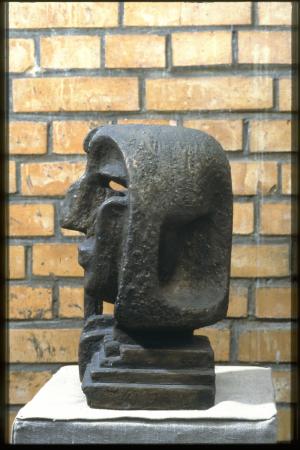