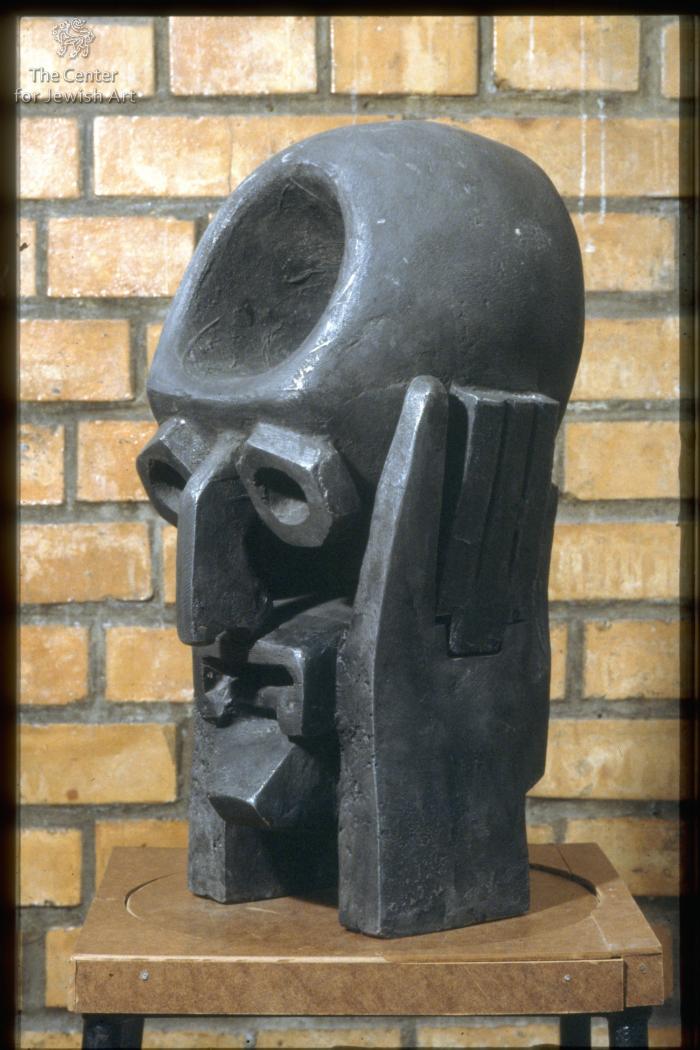 © Center for Jewish Art, Photographer: Tartakovsky, Sergey, 11.1992
The portrait represents a scientist in the state of perplexity and grief. The portrayal consists of a head and two hands, griping on it. The head is divided into two parts: the upper and the lower. There is an open space between them. These two parts are linked with each other by means of the hands, standing vertically on the sides of the head, and by an aquline nose. The upper part represents a kind of sphere with front and back parts (the forehead and the back of the head) pressed inside. The eyes of bolt-like form with irregular sides are attached to the lower surface of the upper part. They look down. The hollows in the eyes are deepened. The protruding chin has a form of a truncated cone. The mouth with the lowered corners of the lips remind of square brackets.
Summary and Remarks 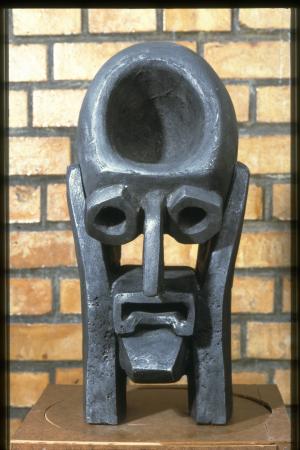 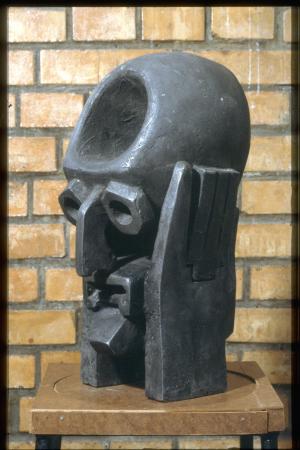