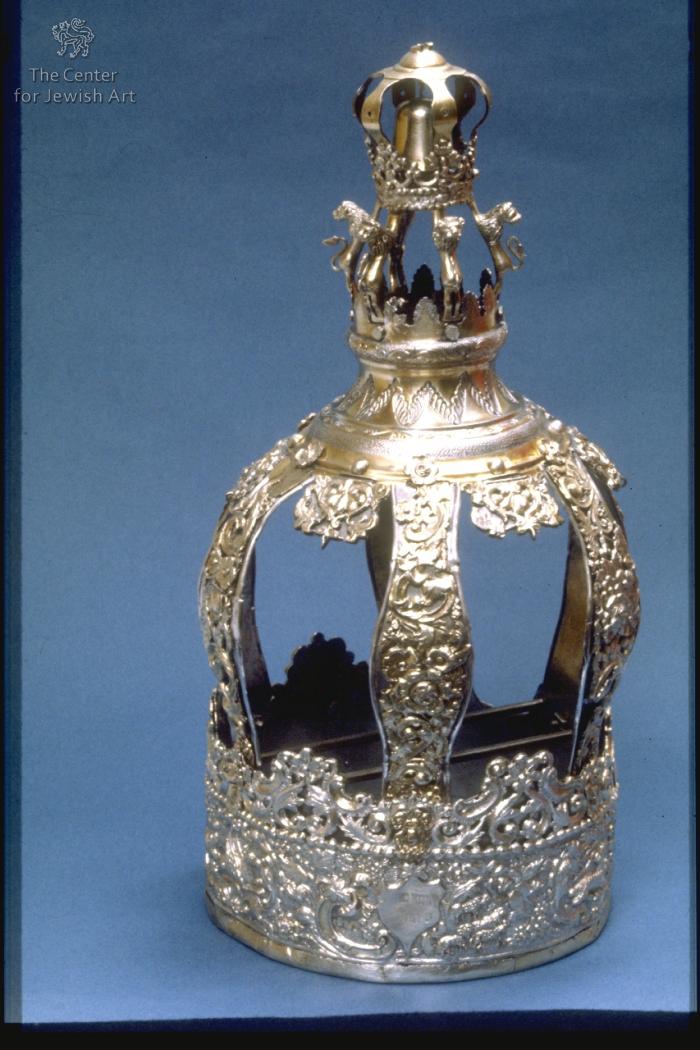 The three leveled silver Torah crown consists of a main part, a crest, and an apex. Each level is composed of a base and arms.

The lower level as the main part has a coronet like base composed of a circumferal band surmounted by flowers and leaves.

The band is framed on top by a row of half globes and bears three floral framed cartouches depicting the Four animals (9251), alternating with three shields bearing dedicatory inscriptions. The inscriptions in square filled letters read:

"And his wife Golda / May she live"

Vine scrolls with clusters of grapes and tiny animals decorate the band.

The band is surmounted by scrolls and palmettes. Six arms, that widen in the centre, are attached to the main part, between the scrolls. Each arm is decorated with scrolls and flowers. The arms bear a rams face at the bottom and are topped by a flower. Floral scrolls with rings for bells are attached between them. The arms are joined at the top by a round raised concave unit decorated with five bands of varying widths and various decorations.

A two leveled crest is mounted over the unit. The coronet like base is composed of acanthus leaves. Six arms in the shape of rampant regardant lions support an upper small crown. The upper crown repeats the shape of the main part. A bell hangs from the centre of the upper crown. The crown is composed of an inner and outer face. The outer part is chased and drilled, while the inner part is a smooth silver plate. The two parts are screwed together. 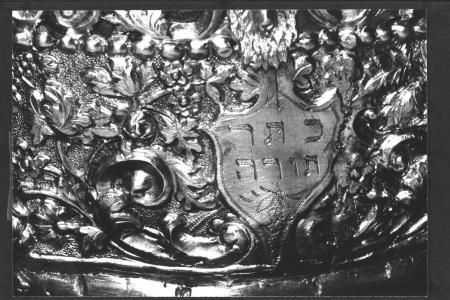 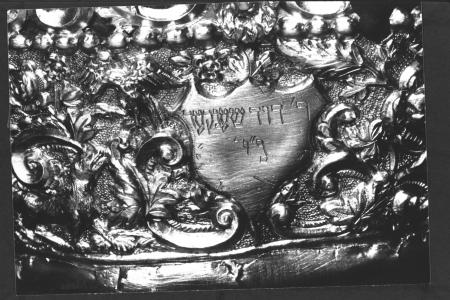 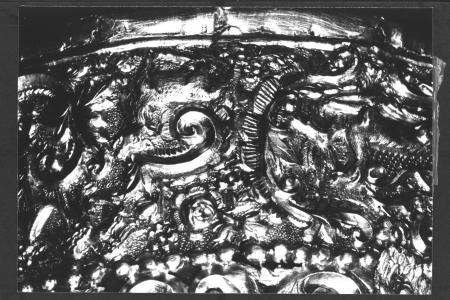 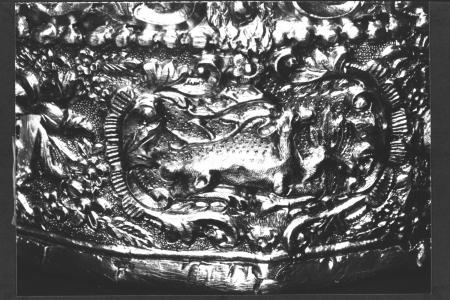 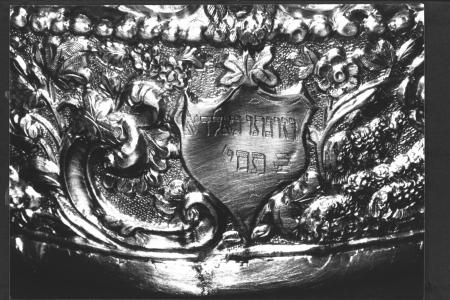 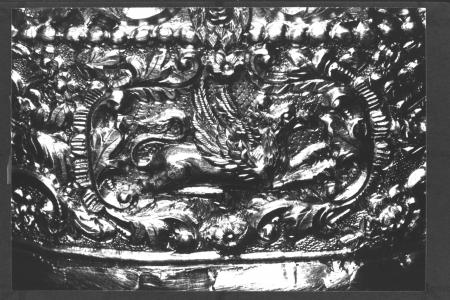 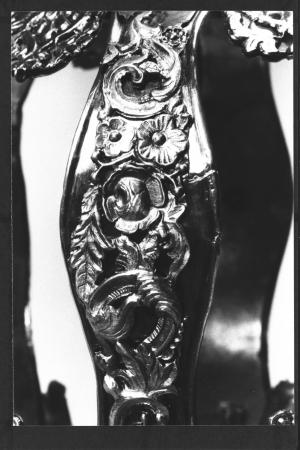 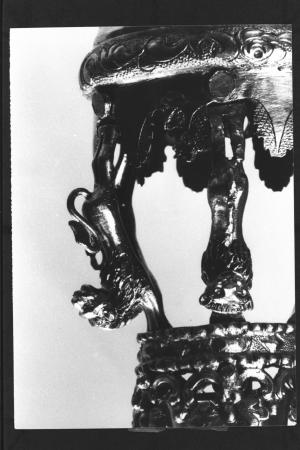