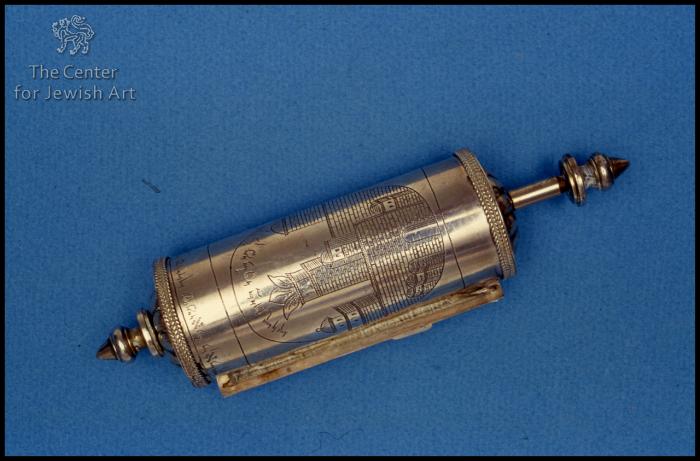 This Esther Scroll case has much in common with the famous Safed Kiddush cups and shares with them some typical engraved scenes of the Holy Land. In this case the scenes are of the western wall - the Kotel - and the Tower of David. This imagery is highly unusual on a silver case for the Esther Scroll. The scroll and case were a gift and are inscribed with a Hebrew dedication inscription.