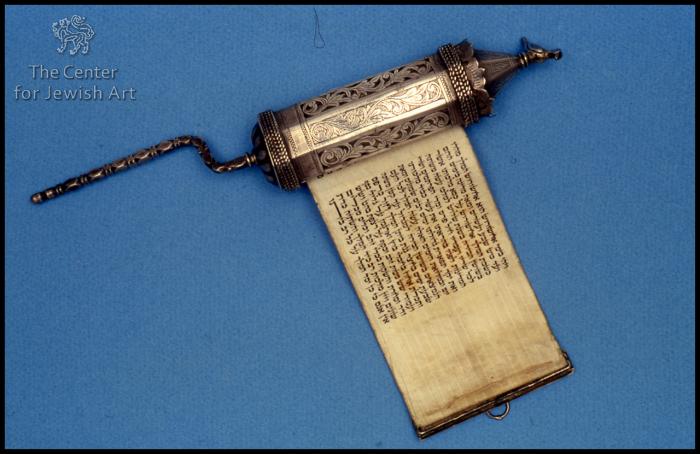 There is evidence that this five-sided form of the Esther Scroll case comes from Aleppo, sometimes in sheet silver or at others, as in the present example, with cut-out work. Similar cases are known from Iraq as well. These scroll containers almost all have a handle in the form of a crank. This case also has a bird as a finial on top. In a general way this type of scroll container very much resembles the multi-sided Torah tiks of Iraq and the surrounding area. The bird finial is present as well on Esther scroll cases from other parts of the Ottoman Empire. The Esther scroll on parchment is original to the case. 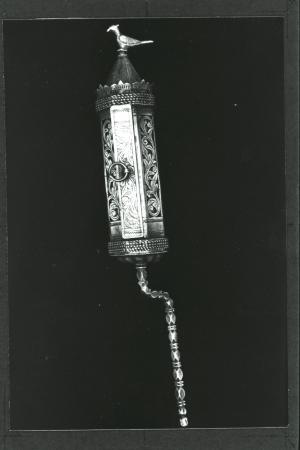 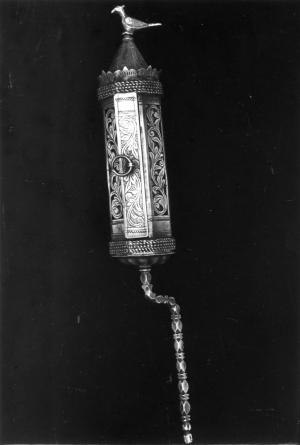 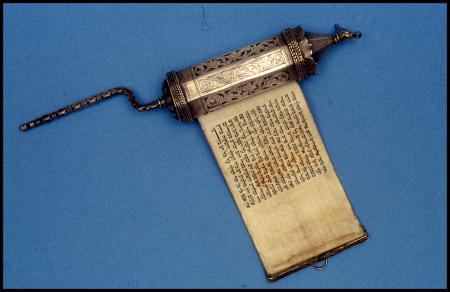