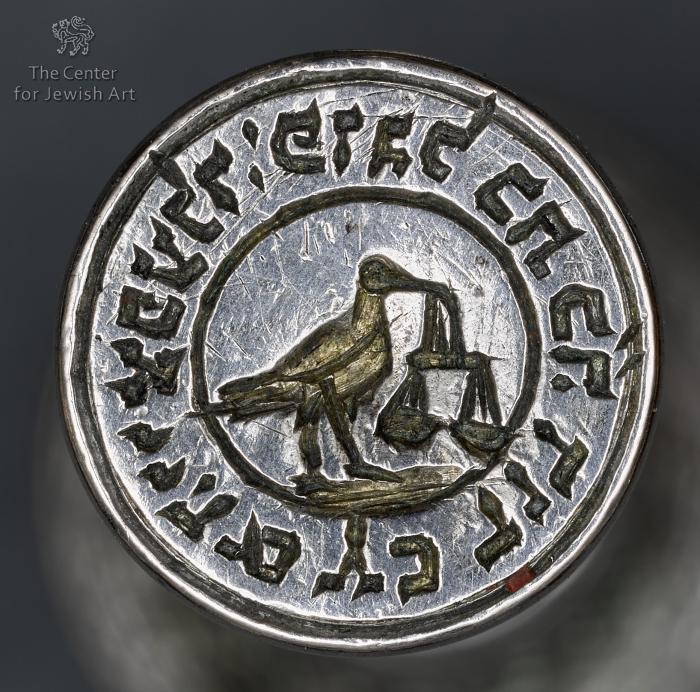 The following description was prepared by William Gross: A seal is a device for making an impression in wax, clay, paper, or some other medium, including an embossment on paper, and is also the impression thus made. The original purpose was to authenticate a document, a wrapper for one such as a modern envelope, or the cover of a container or package holding valuables or other objects. They have been used for two thousand years, also by Jews.

This is a woman's seal, set into the end of a typical 18th century sewing kit holder. This piece was brought to the Jewish museum in Berlin in 1922 and identified with a certificate by Dr. Stern. The seal has on it the zodiac sign of the Libra, probably representing the sign under which the owner, Fogel, was born.

Inscription: Fogel the Daughter of the Honorable Rav David Katz from Heizfeld. 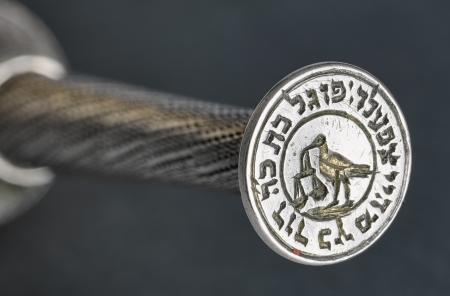 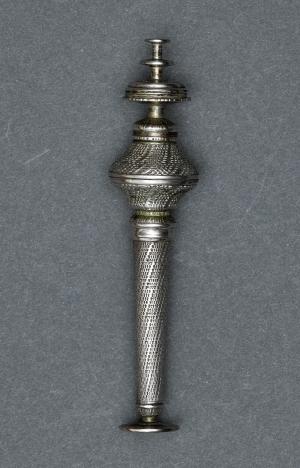 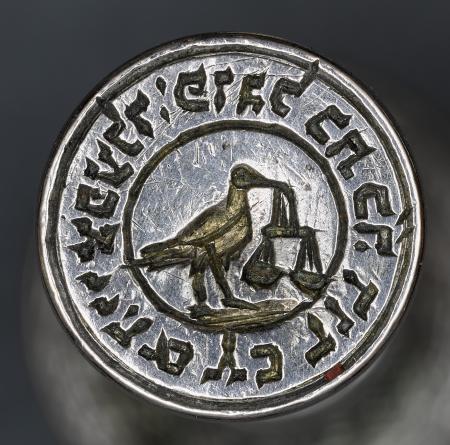 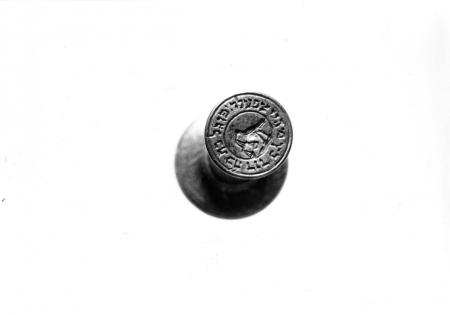 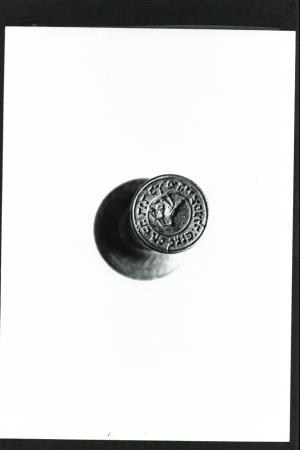 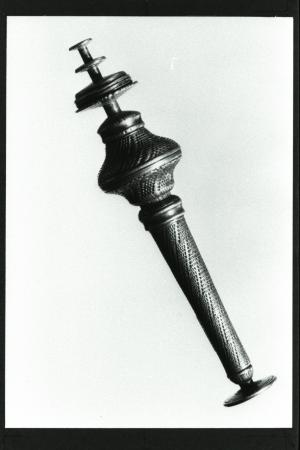 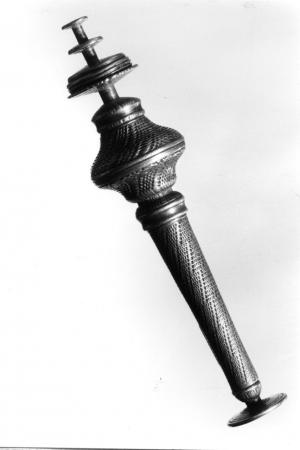