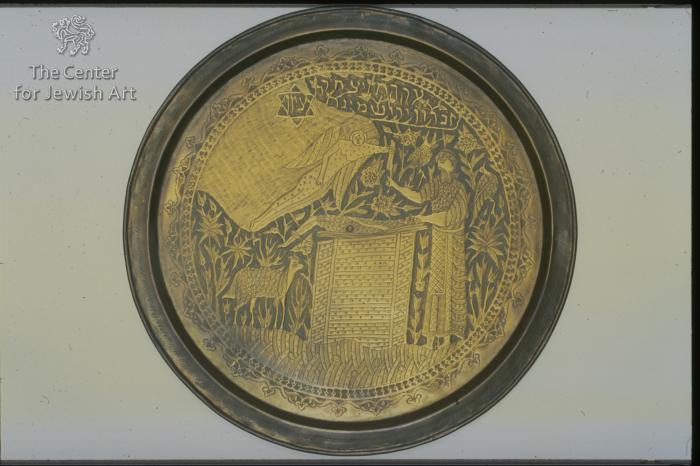 © Center for Jewish Art, Photographer: Radovan, Zev, 1986
The plate is round with a raised rim. The sacrifice of Isaac is depicted in the center of the plate. The bearded Isaac lying on his back on fagots which are arranged on a brick altar. His legs are tied and his hands rest on his stomach. Abraham holds Isaac by his hair while lifting a butcher's knife in his right hand. He has a long beard and wears a turban and a long robe with an apron. Abraham's face is turned towards a cloud from which appears a winged angel whose naked body is covered with dots. The angel holds the knife, stopping Abraham from slaing his son. A ram stands to the left of the altar. Its wool is similar to the pattern on Isaac's short robe. Flowers and branches decorate the entire background of the scene. Two birds are set amongst the flowers on the right abovr Abraham. A Star of David in the cloud is inscribed with the word: ציון "Zion" An inscription in square letters on the upper part of the upper part of the plate reads: עקדת יצחק##זכרון ירושמינו "The sacrifice of Isaac, commemoration ?" A band with geometric pattern which is encircled by foliate pattern frames the scene. 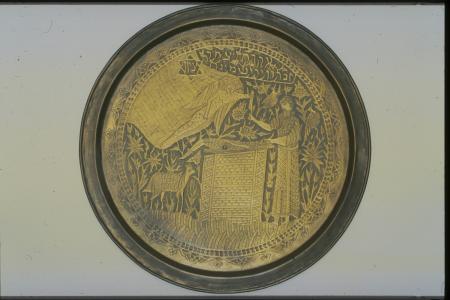 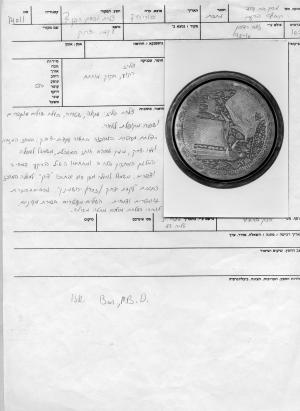 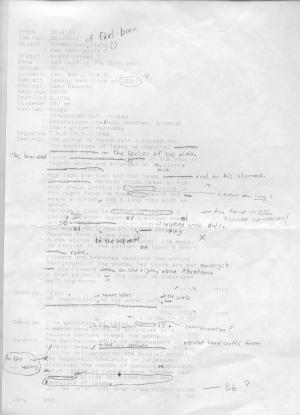 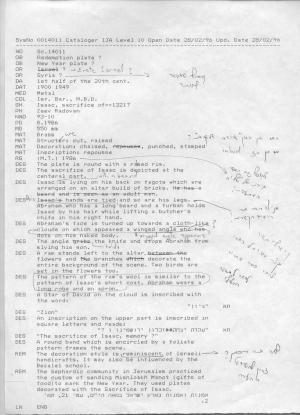 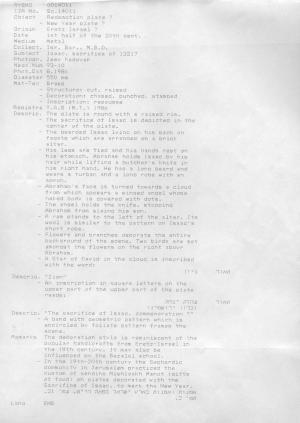 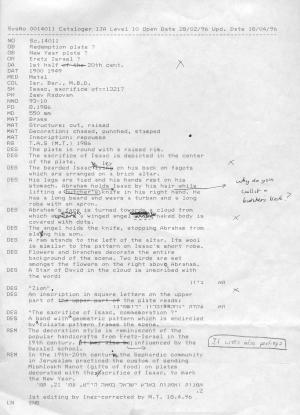 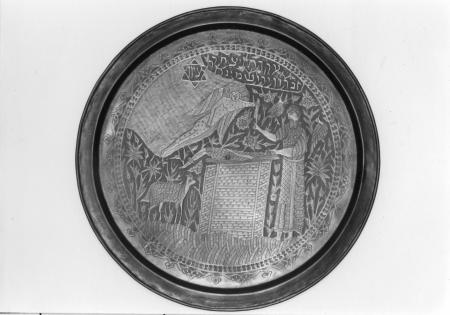