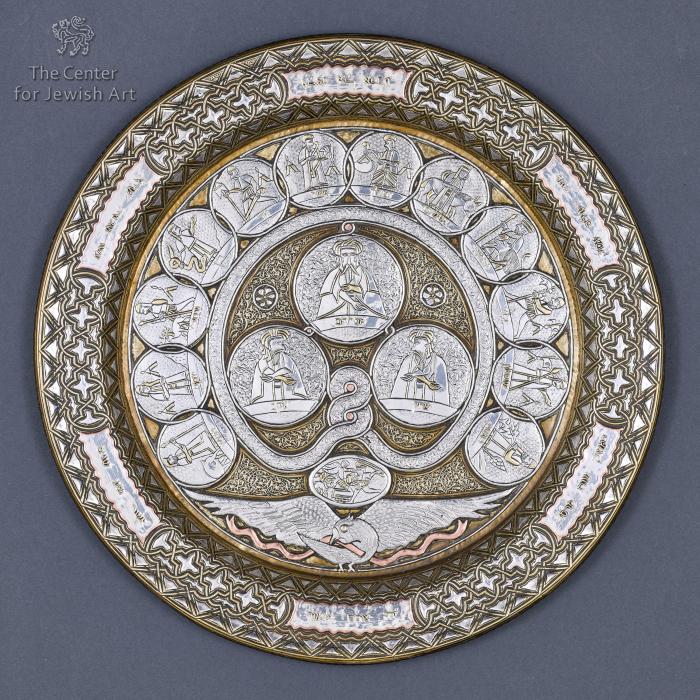 One of the great skills among Jews of Damascus was the working of metals in the Damascene technique.  In this example, the brass plate has pounded into it silver, copper, and gold inlays to form words, pictures, and decoration. The imagery on this plate involves the Twelve Tribes, the three patriarchs, and the eagle, on whose wings the ingathering of the Jews to the Holy Land will take place. Just above the eagle is a small depiction of the Akedat Yitzhak. In this instance the plate is dated with the year of its creation, 1907. The renaissance of this metalworking technique, widely used in the 16th century and earlier times came as a result of the urban renewal in Cairo that threw onto the world market many early Damascened pieces.  But the increased demand outran the supply, and new objects using the techniques were produced, in no small numbers, by the Jewish silver and goldsmiths of Damascus. This plate was produced in a workshop that supplied this renewed demand for such work.

Around the rim:  This is the form of the eagle that carried the Twelve Tribes of Israel and ????? To Four Corners of the Earth. The work of Damascus (in) the year 1906/07

Center: the names of the 12 tribes. Avraham, Ya’akov, Yitzhak 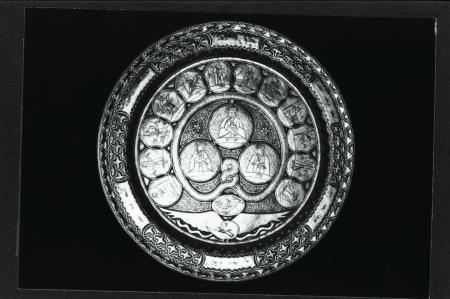 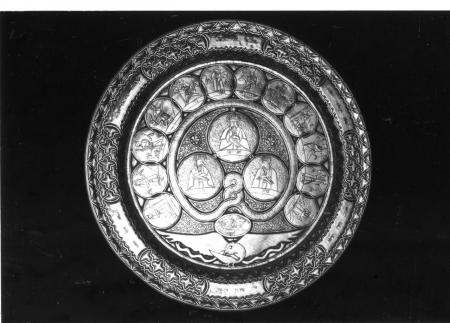 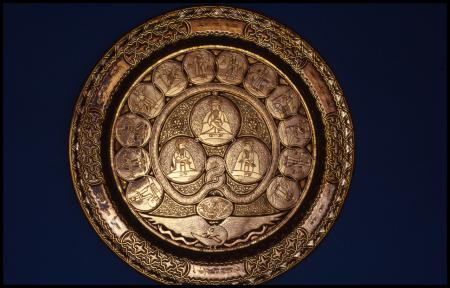 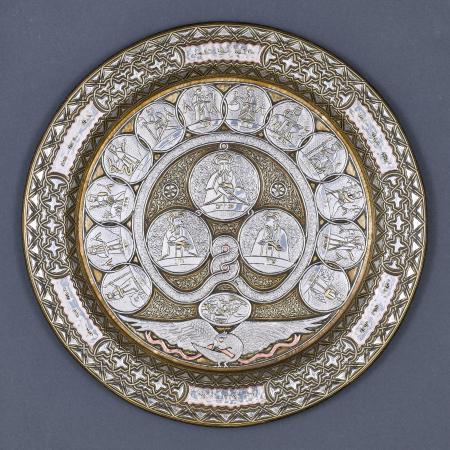 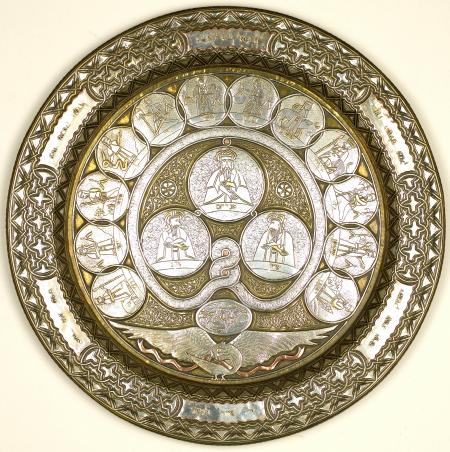