As with many objects, this belt and buckle for the Yom Kippur white garment - kittel - worn by religious Jews was originally a custom unique to Galicia.  Here, in this example, is the phenomenon of the custom transferred to Vienna at a later date.  During the 19th century, particularly the last half, there was substantial emigration by Jews from Galicia to Vienna. This example  from around 1870 was made for a Cohen family, as evidenced by the hands of the Cohanim worked into the design. It is unusual to find all of the pieces including the original belt.  Another piece of the same design was in the Furman Collection in Chile and is now in the Levine Collection. 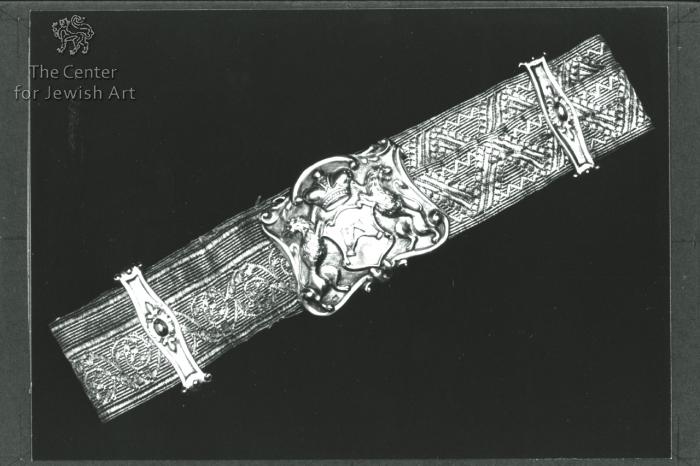 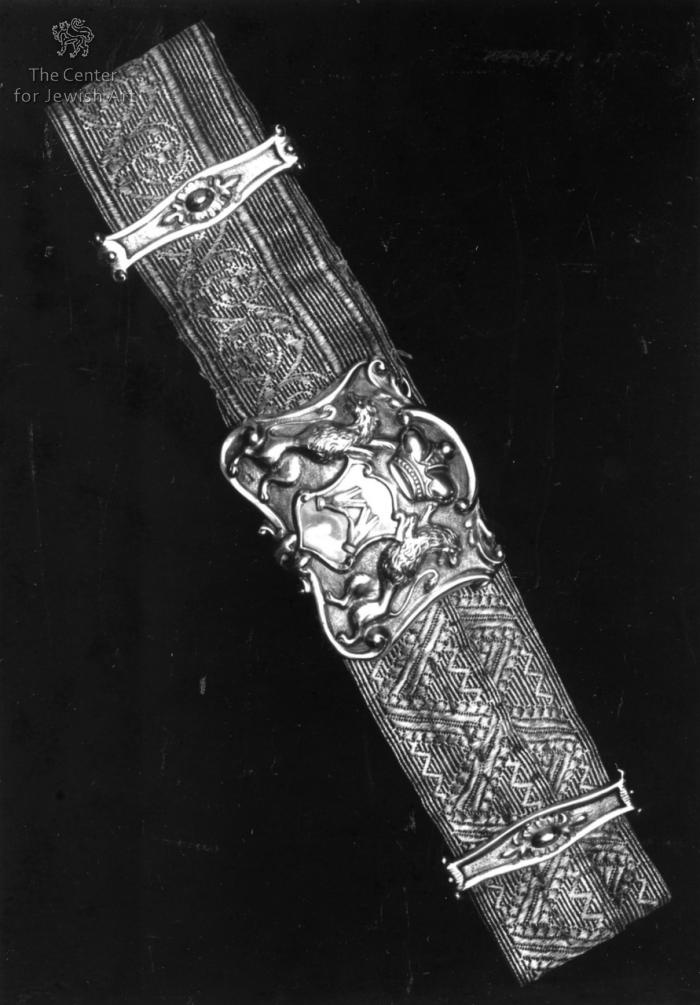 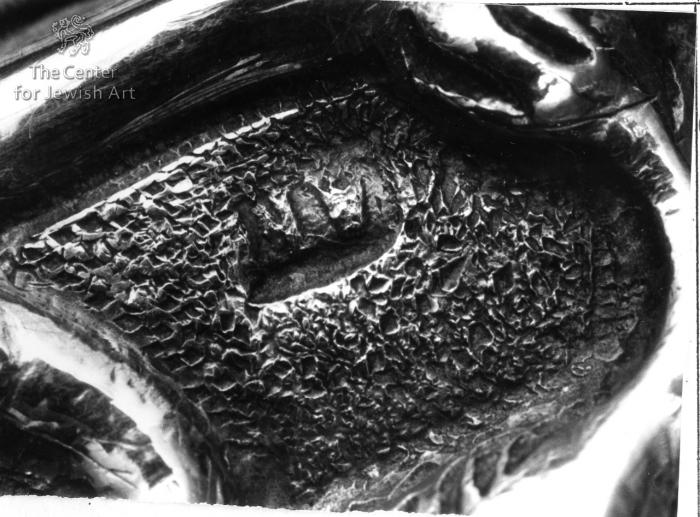 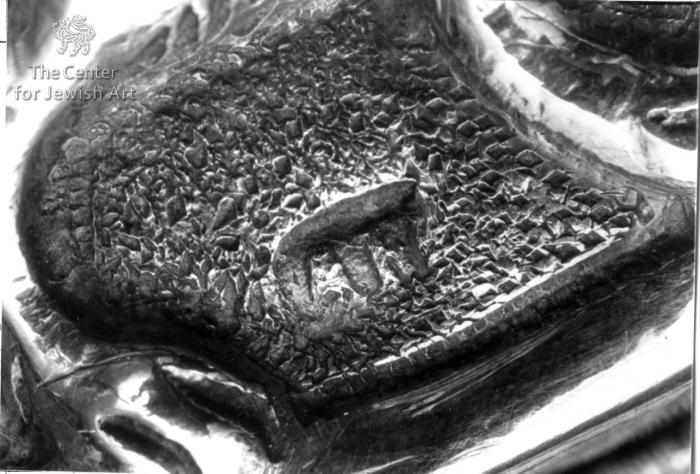 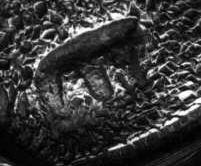 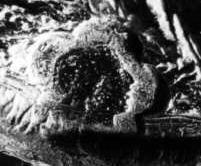