There are more surviving silver amulets from Iran than from any other area. Within this large quantity of amulets, there are a number of distinctive groups of similar form. This type is quite large and usually beautifully inscribed with fine Hebrew with a finely engraved Hebrew script, usually with hollow letters. They also generally carry the name of the woman for whom they were created. On the back of this particular example are inscribed both the name of the owner, Rachel bat Pigama, and the date of the creation of the amulet, 1858/59. Dated amulets are quite unusual and this is a very early date among those few dated pieces. It is the earliest dated silver amulet in the Gross Family Collection. Since most amulets were created for a specific purpose and person, after the need passed they were not saved. Because they were of an expensive material, they were usually melted down and used for the creation of another amulet for the next need. Therefore older examples are quite rare. This is one of the oldest dated Iranian amulet in the Gross Family Collection.

On this amulet is a depiction of the Magen David, a magic symbol in and of itself, while around the perimeter is the 22-letter name of God, the names of the angels Sanoi, Sansanoi and Smangalaf. These may indicate that this is also a birth amulet for the owner in addition to conveying a general protection for the wearer. Additionally there is the 14-letter name of God as a general protection. The amulet also carries inscriptions with more than ten different abbreviations of biblical verses, names of God and names of angels. 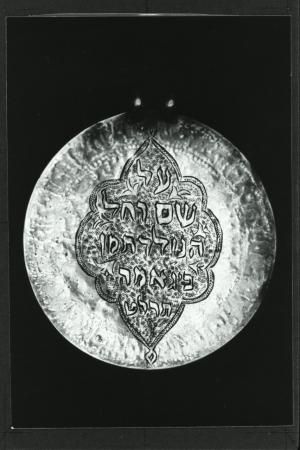 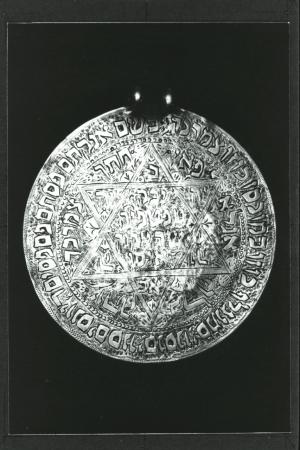 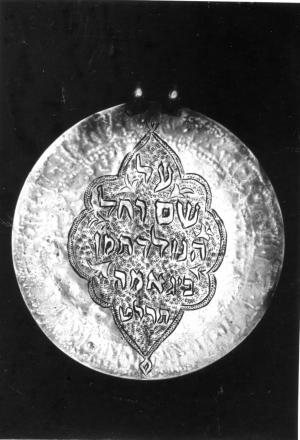 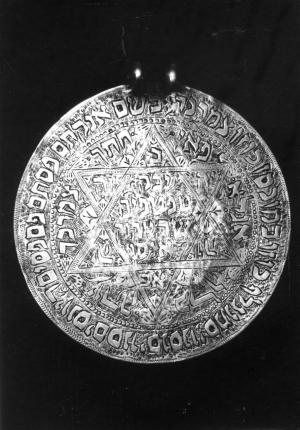