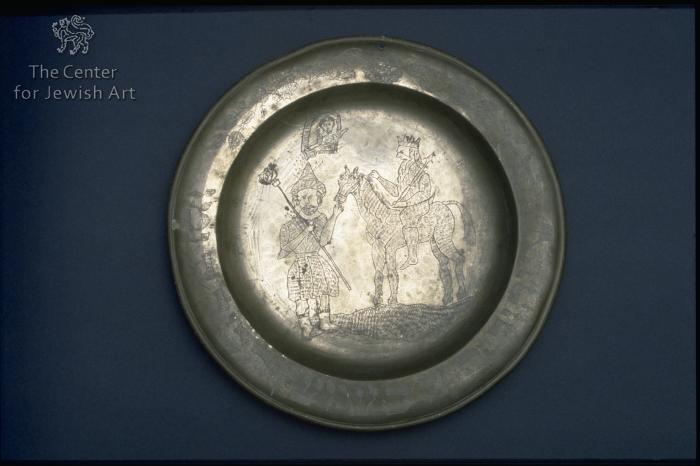 © Center for Jewish Art, Photographer: Radovan, Zev, 11.1991
The plate is round, with a raised rim. Mordecai on a horse led by Haman, is depicted in the center. Haman wears a pointed hat and holds a rod in his right hand and the bearded, crowned Mordecai carries a scepter in his left hand. Haman's daughter, leans out of a window and throws bedpan slops on her father. The plate's rim is decorated with a garland of flowers and leaves and bears an inscription in square filled letters which reads: "איש יהודי היה בשושן הבירה ו"מ"ו)ומרדכי שמו(" )אסתר ב ה( " In Shushan the palace there was a certain Jew whose name was Mordecai" (Esther 2:5) (KJ).
Summary and Remarks 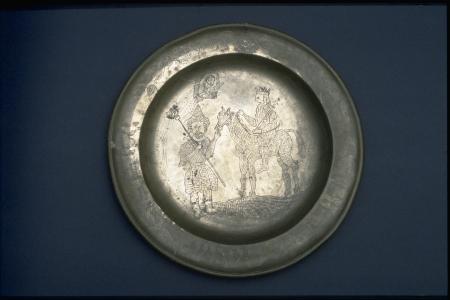 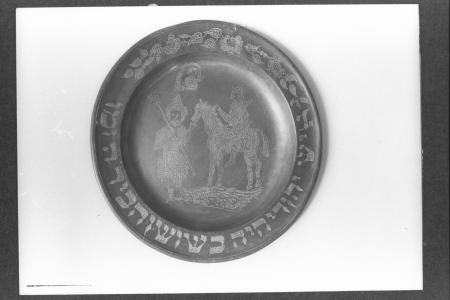