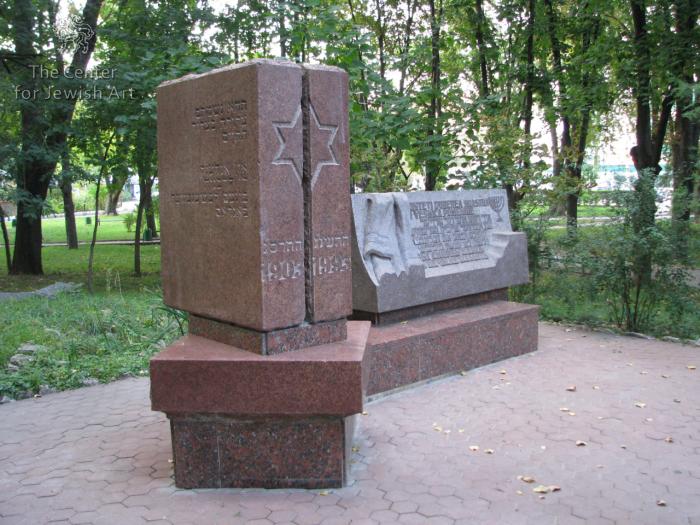 "The Chişinău pogroms (more commonly known as the Kishinev pogroms) took place in 1903 and 1905. The victims were buried in the Jewish cemetery, but in 1959, this part of the cemetery was destroyed to make way for a park facing Calea Iesilor Street. On the 90th anniversary of the pogrom, the community erected a red granite memorial designed by architect Simeon Shoihet (b. 1931). In 2003, on the 100th anniversary, a gray granite block was added.

The inscription reads: “We will bear your memory in pain forever and you will always be in our hearts.”

This stone memorial is divided into two parts by a Magen David (Star of David) The inscription – in Hebrew, Yiddish, Romanian, and Russian – reads: “In memory of the victims of the Kishinev pogrom 1903-1993.” " 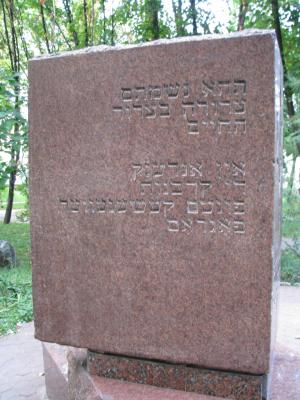 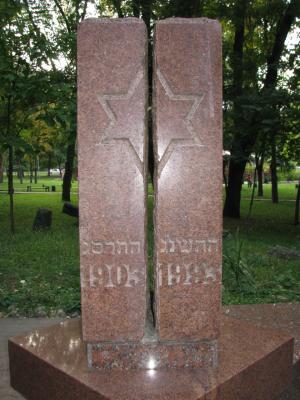 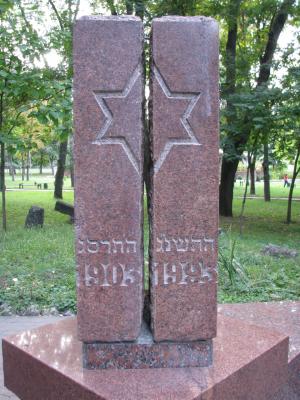 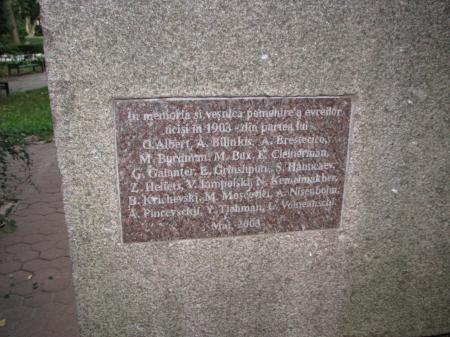 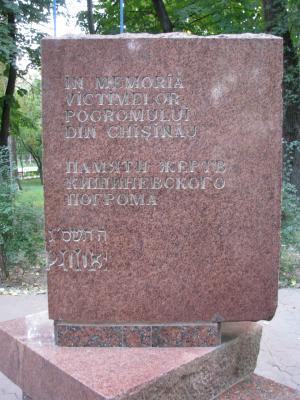 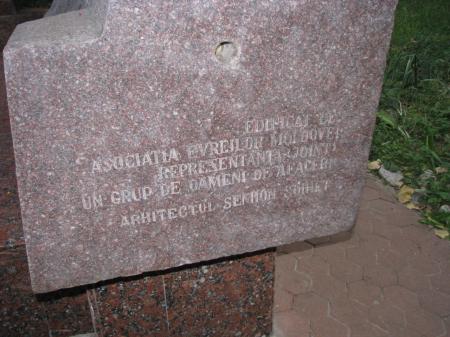 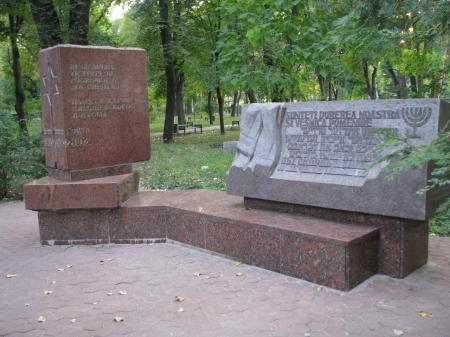 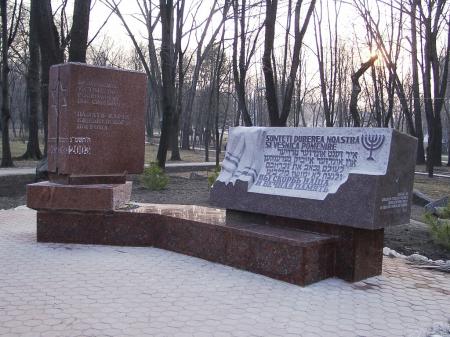