The archival photos show the magnificent Torah ark that occupies the central part of the eastern wall. The Torah ark was designed as a four-level architectural structure, including wood carvings and paintings. The monumental Torah ark is dispersed over the entire central space of the eastern wall. A round window and two central pilasters belonging to the eastern wall were included in the composition of the Torah ark. The third and fourth tier of Torah ark were decorated with paintings that are preserved in fragments. Curly ornamentation with bright blue flowers and blackberry bushes, as well as tall trees with peacocks sitting in them have been preserved on the left and right sides of the Torah ark.

The Four Animals: lion, tiger, deer, and elephant (instead of the traditional eagle) were depicted on the pilasters on either side of the Torah ark, according to archival photographs. The images of a lion stepping on a snake, a tiger tormented by a strange creature, and the trunk of the elephant remained on both the left and right pilaster. 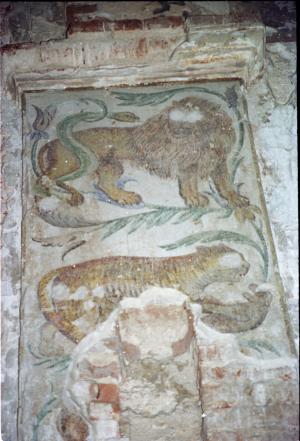 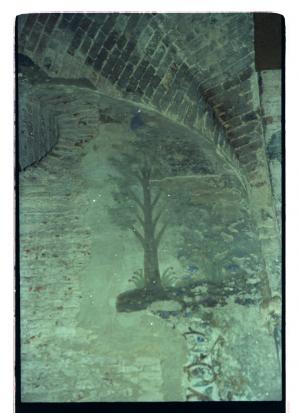 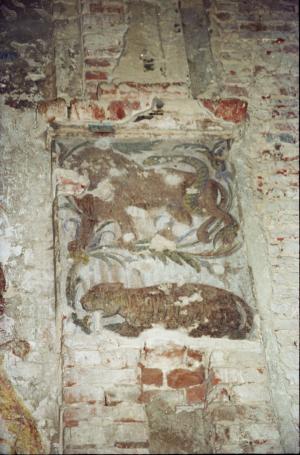 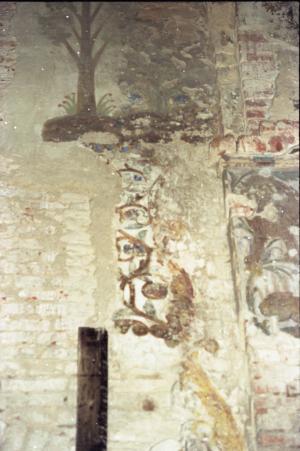 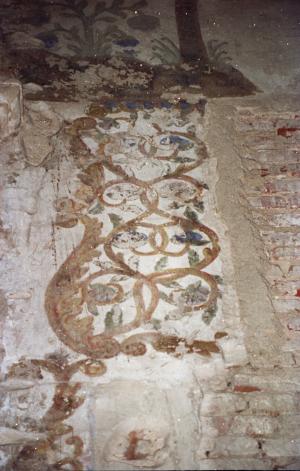 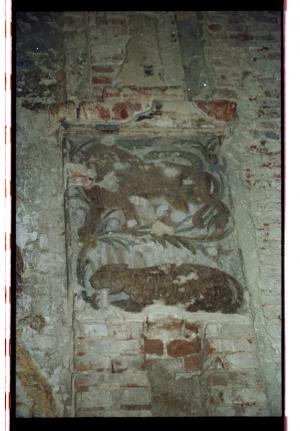