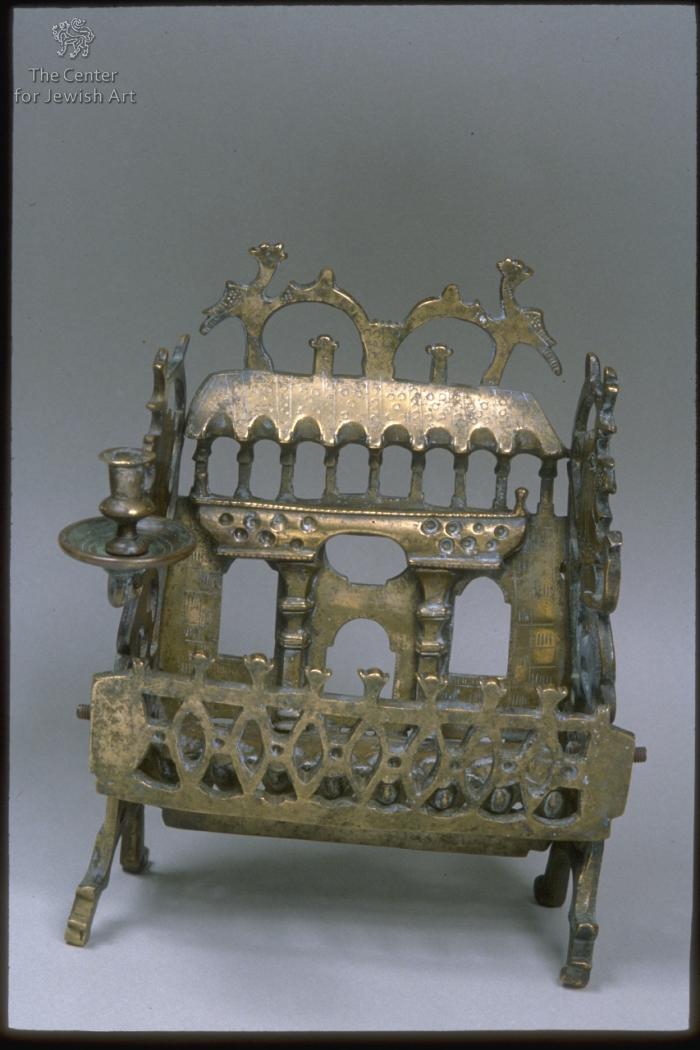 The brass free-standing back-walled Hanukah lamp consists of eight oil containers, a parapet, back, and sidewalls.

Eight triangular spouted oil containers are fastened to the back wall and enclosed behind a rectangular parapet, which consists of seven oval openings in diamond-shaped frames. There are circles in between the ovals, surmounted by small palmettos.

The back wall resembles a facade of a building. In the center of the wall, there is an arched door flanked by two pilasters and by two arched windows, which are slightly higher than the door. The back wall bears a brick design. There is an oval window above the door. The pilasters “support” a balcony decorated by two rows of holes. The balcony is surmounted by an arcade of eight horseshoe arches, which supports a slanted roof. The roof is decorated with lines and dots, a wavy rim and two “chimneys” on top.

The sidewalls of the lamp consist, each, of a rampant lion climbing on a tree and facing outward. The left lion holds with its tale a vase-shaped candle socket with a saucer. 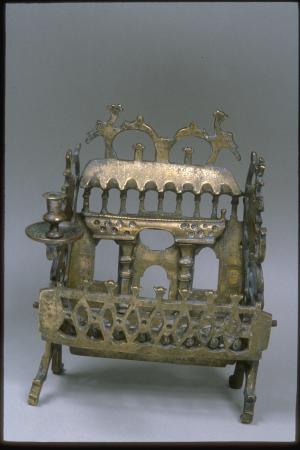 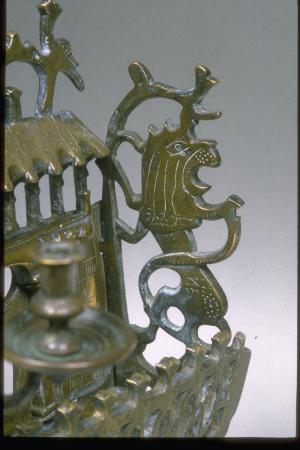 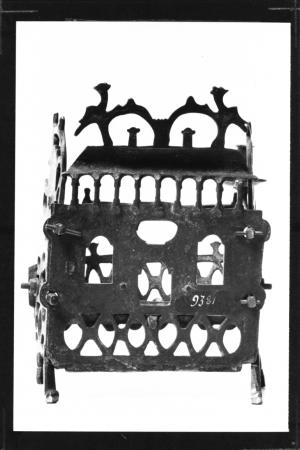 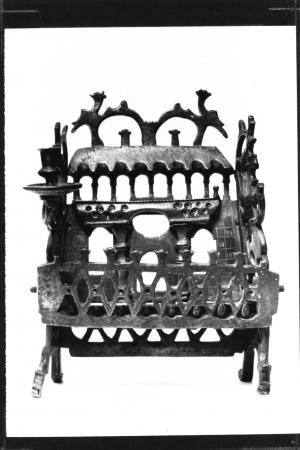 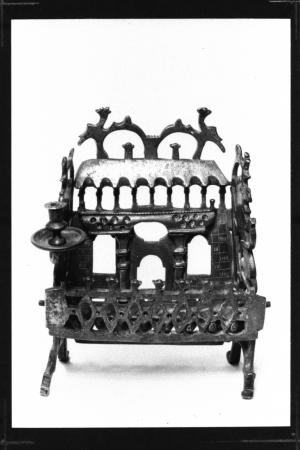 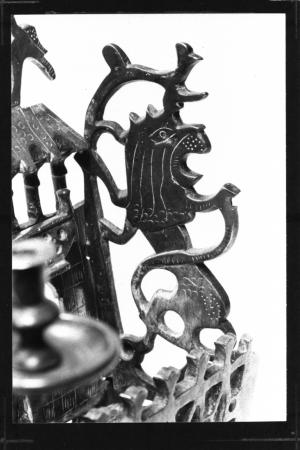