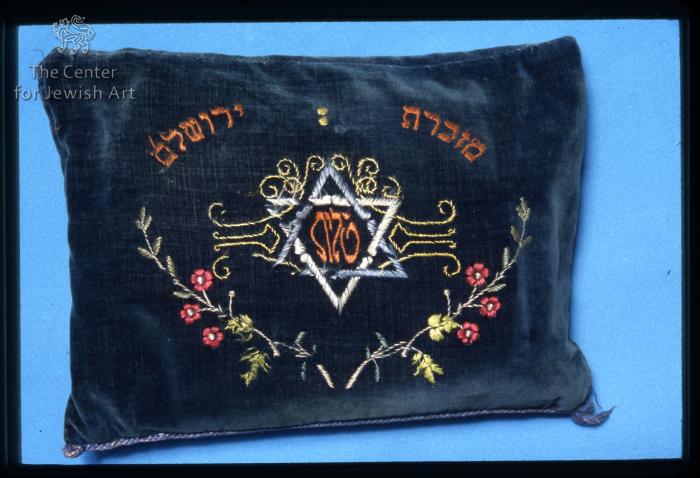 The rectangular Talith bag is opened on its upper side and closed by two loops that are attached to the trapezoid edge of the elongated front side of the bag. Two buttons for closing are attached to its backside.

A Star of David bearing an inscription “טלית” “Talith” written in rounded letters inside it appears in the center of the front side of the bag. Thin scrolled on the edges twig flank the Star of David growing up and covering its upper part.

An arched-form inscription “מזכרת ירושלם” “remembrance ofJerusalem” written in square-filled letters decorates the upper part of the bag. Two points: one above the other, appear in the middle between the two words.

Two symmetrical thin branches bearing leaves and flowers grow diagonally from the center in the lower part of the bag flanking the Star of David. 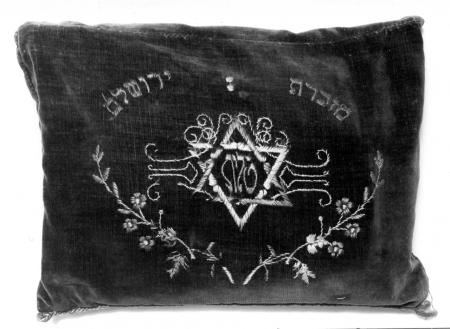 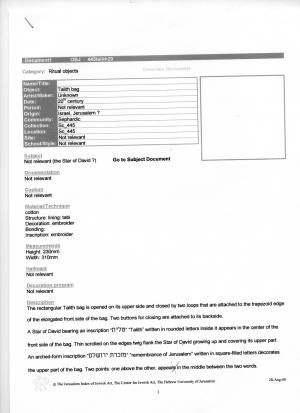 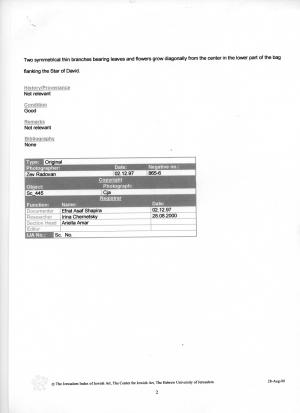 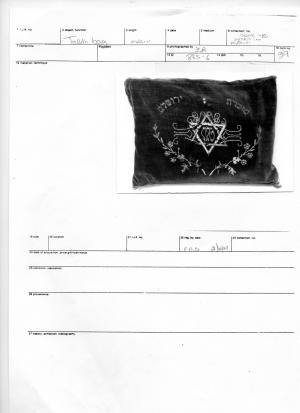 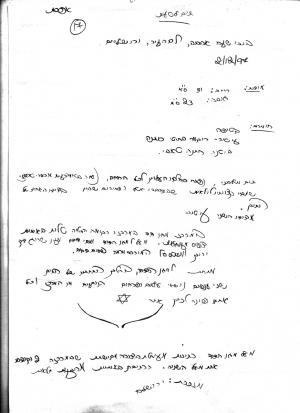 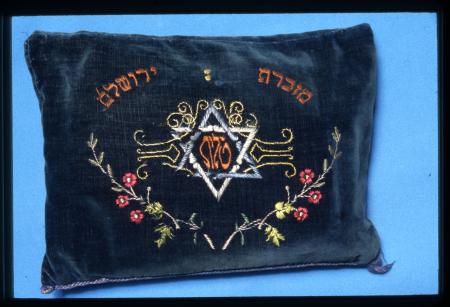