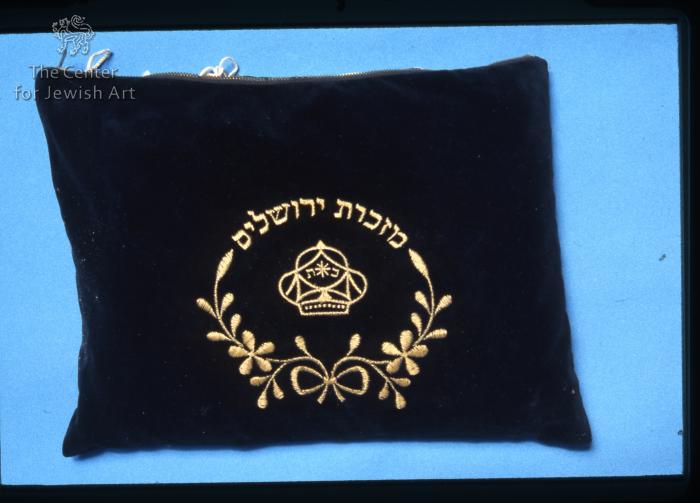 The rectangular Talith bag is opened on its upper side and closed by a zip.

The front side of the bag is decorated in the center with a crown bearing square-filled letters “כ ת” (כתר תורה) (Torah crown). A star divides the letters, appearing between them. The crown is depicted inside a medallion that consists of an inscription on its upper part and a twig on its lower part. The inscription is written in square-filled letters and reads: “מזכרת ירושלים” “remembrance ofJerusalem”. The twig represents two symmetrical branches with flowers and leaves, connected below in the center by a bow. 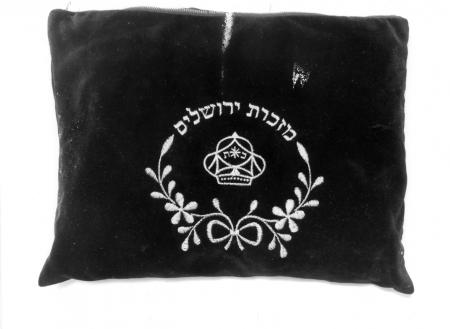 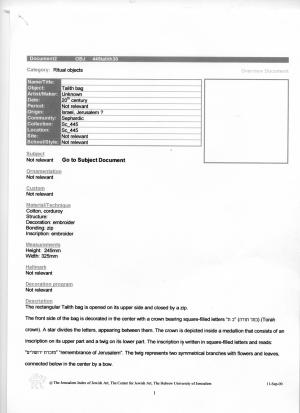 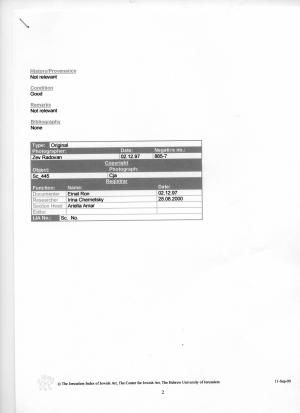 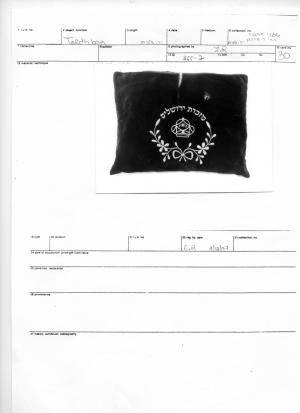 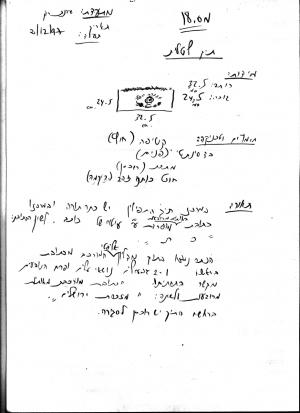 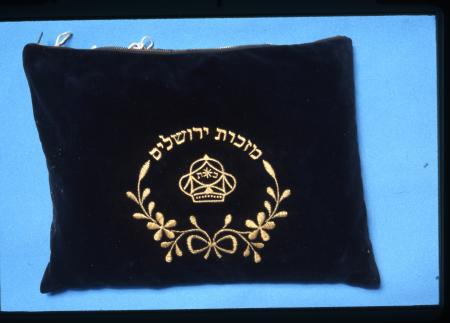