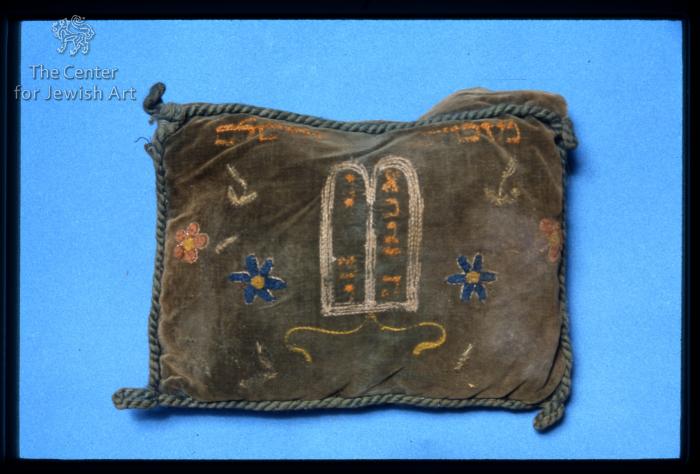 The rectangular Talith bag is opened on its upper side and closed by loops that are attached to the trapezoid edge of the elongated front side of the bag. The buttons for closing are attached to its backside.

The front side of the bag is decorated with the arched Tables of the Covenant, bearing Ten Commandments depicted as first ten letters of the Hebrew alphabet: five on each side.

Two thin symmetrical lines creating a crown form, grow from the center of the lower side of the Tables of the Covenant.

Three different flowers are depicted symmetrically on each side flanking the Tables of the Covenant.

The bag is framed by a twisted rope creating four loops on the corners. 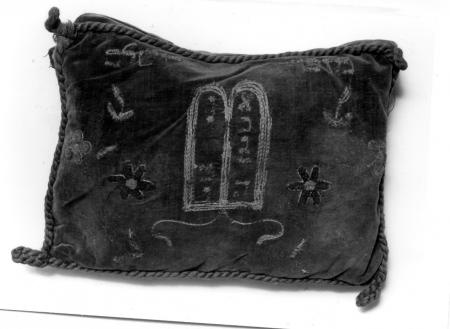 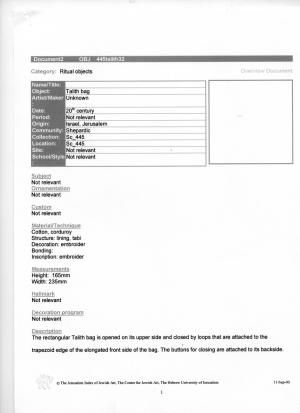 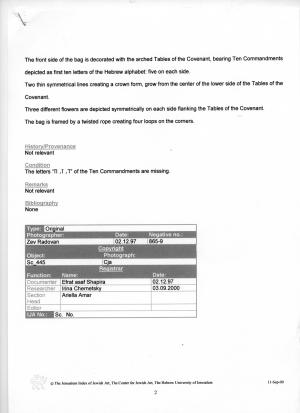 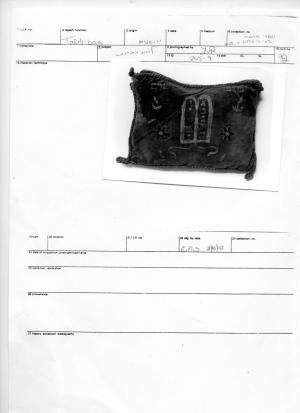 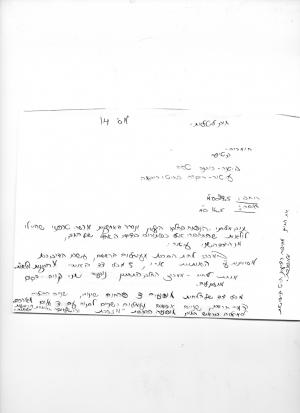 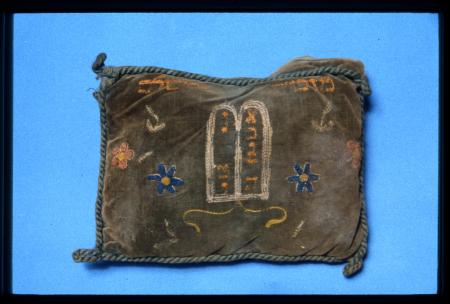