Jewish orphanage with a synagogue in Drohobych, Ukraine, photos 2009

Drawings of the Jewish orphanage with a synagogue in Drohobych (Drohobycz), Ukraine 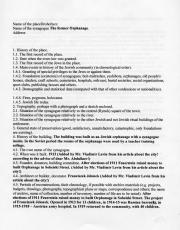 Description of the Jewish orphanage with a synagogue in Drohobych (Drohobycz), Ukraine, 1913

The1913 Sobieski streetorphanage, by the architect Franciszek Jelonek, is an exceptionally well-designed institutional building.  The street facade features a central part, set slightly forward, flanked by two wings containing bedrooms and office space, which run deep into the lot.

The entire building rests on a rubble basement, which counteracts the slight slope of the lot.  The next floor is smooth rustication, probably over a rubble base.  The upper two stories of the building are of brick with ashlar trim; quoins mark the corners of both the main part and the side wings.  A simple brick-work cornice caps the two side wings while the central part has a slightly more elaborate cornice, though also of brick.  The roofline of the central part rises slightly higher than that of the flanking wings, underscoring its importance.

The central part is organized in three vertical bays: two identical bays flanking the central one.  Each flanking bay has a pair of windows: a light over a 2x2 in the rubble story, two round-headed windows in the rusticated story and again in the lower portion of the brick story and a large rosetted-window in the upper portion.  The center bay has a double door surmounted by a round-headed light in the lower portion, within an ashlar frame extending to just above the level of the brick stories.  Above the door frame is a large window composition, of two 2x2 windows surmounted by a round-headed transom and separated by a column.  Smaller quoins mark the edges.  An ashlar arch caps the entire window composition.

The flanking wings, of one and a half bays, follows the same general organization as the central part: square windows in the rubble base, round-headed in the smoothly rusticated portion.  In the upper levels, however, the subsidiary positions of side pavilions is expressed through the fenestration.  Rather than fully round-headed windows, there are windows under flat arches.  The two upper stories of the wings are divided by an ashlar course.

The interior organization of the building is relatively straightforward.  Behind the central part is a stair tower which gives access to the single-loaded corridors of the two flanking wings.

Of particular note in the interior is the small synagogue located in the upper story of the central part, demarcated on the exterior by the large window of the upper stories.  Oriented east-west, with the woman’s gallery in the upper portion of the western end, the synagogue occupies the physical and spiritual center of the orphanage. 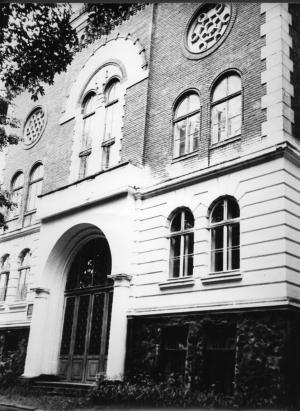 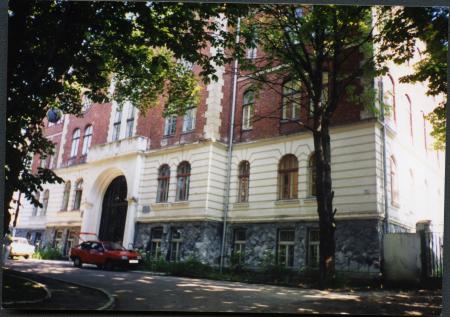 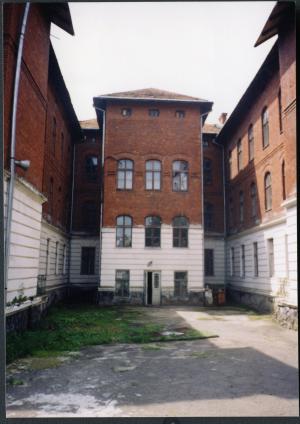 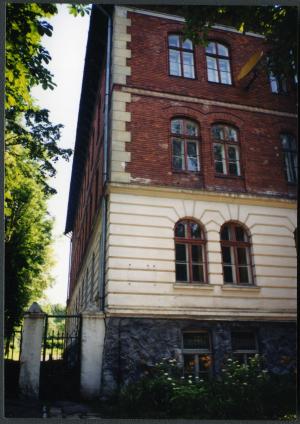