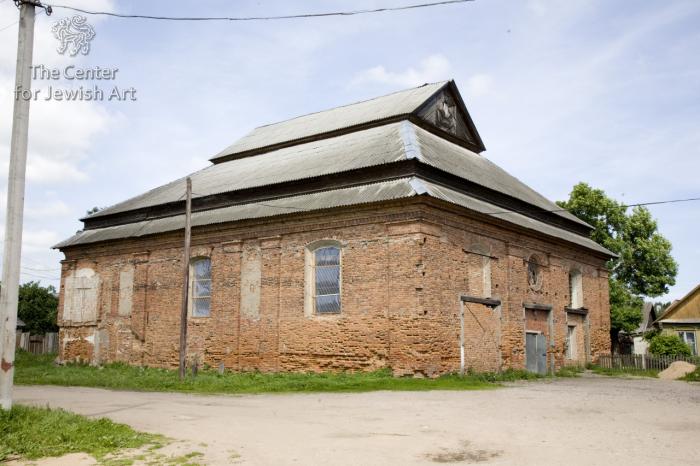 The main entrance to the synagogue is situated in the western façade. The women’s section is on the upper floor of the western volume above the vestibule. Its entrance was by a wooden staircase attached to the southern façade (not preserved).

The Hebrew newspaper Hamelitz (No. 179, 12[25].8.1902, p. 2-3) stated that the synagogue was re-inaugurated in August 1902, and that the repair was undertaken by the gabbai (warden) of the synagogue, Horovitz. It stands to reason that the repair included the demolition of the original vaults, bimah, and the construction of a new wooden dome on the interior and a new roof. It seems also that the original windows of the prayer hall were enlarged and a round window above the Torah ark was inserted (or remodeled). The women’s section was connected to the prayer hall through five large arches. The western gable of the new roof was decorated by two wooden figures of lions (the southern lion is still preserved).

Judging from the style of paintings of the interior dome and of the Zodiac signs, it is probable that another renovation was undertaken in the 1920s before the measured drawings of 1929 were prepared. 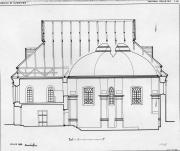 Great Synagogue in Oshmiany - Drawings of 1929

After WWII, the building was transformed into a storage facility. Some of the windows and the arcade of the women’s section were bricked up and a wooden gallery was erected in the prayer hall. Three wide gateways were made on the eastern wall and later bricked up as well.

Great Synagogue in Oshmiany - Photos of 2019
Summary and Remarks 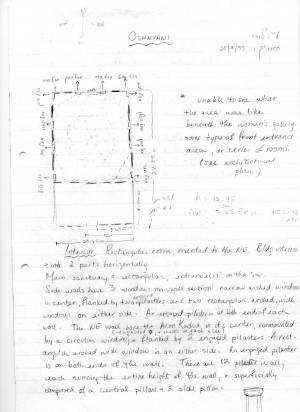 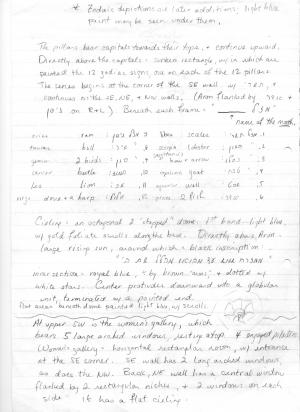 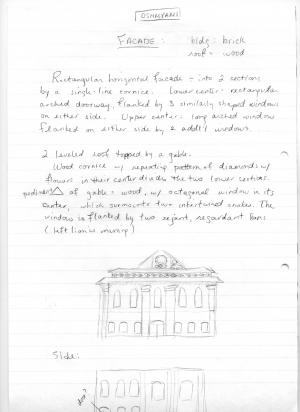