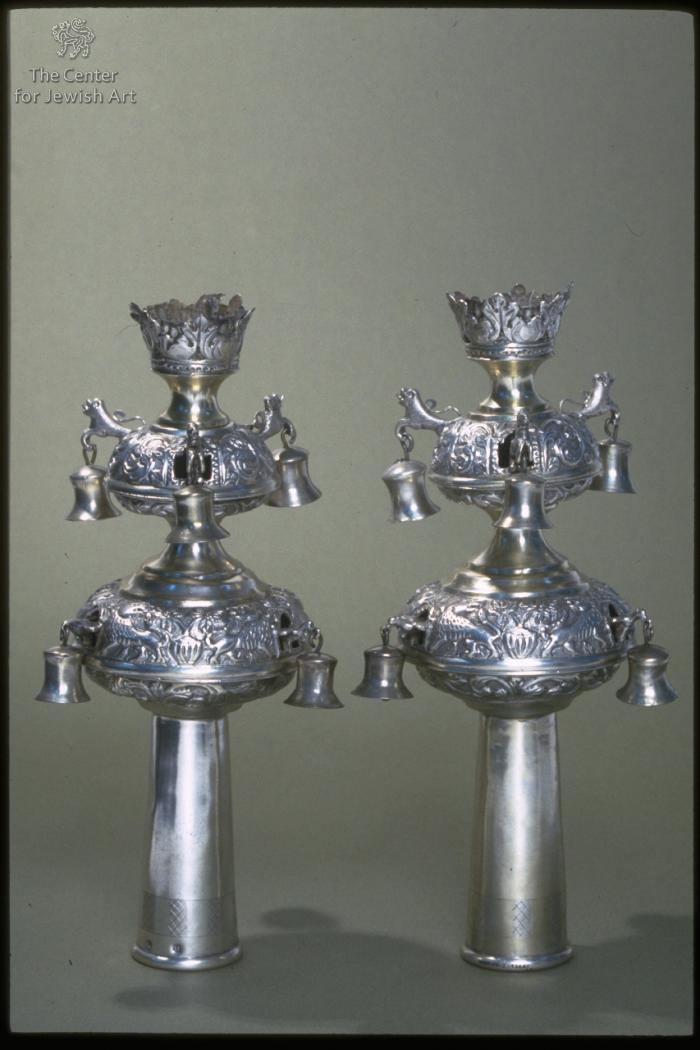 © Center for Jewish Art, Photographer: Radovan, Zev, 1992
The silver rimon consists of a shaft, a body and an apex. The shaft is cylindrical tapering towards the body and has a ring on its bottom. Above it there is a line of geometrical design. The body is composed of two flattened, sphere-shaped tiers of diminishing size which surmounted by concave units. The wider lower tier is decorated in its bottom with foliate scrolls which surmounted on the upper part by three flower vases and three pairs of lions satant and regardant that flank arched windows. Three bells hang from bird-shaped loop which attached to the windows. The upper tier is decorated top and bottom by foliate scrolls. Three bells hang from lion-shaped loops that springs from arched windows on the top of the tier. A crown-shped apex is mounted on the body, decorated with foliate motifs. portion between the bands is decorated with engraved vertical lines. The body consists of a concave, upward-widening base and a domical upper part. The body's base depicts a chaised foliate pattern, while the upper part has an openwork design composed of medallions encircling a double flower. Six bell-arms are applied to the upper part's rim. The head consists of a concave neck and a domical upper part decorated with a foliate pattern. Three bell-arms are applied to the rim. The head is surmounted by a six-armed crown bearing a geometric design. The apex is undulating. 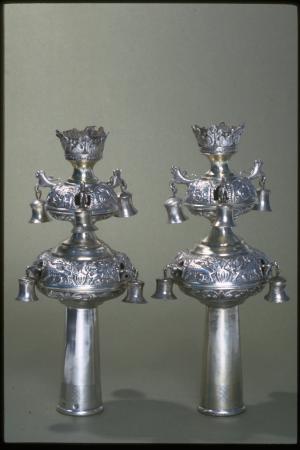 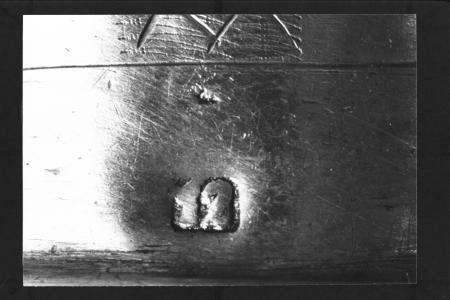 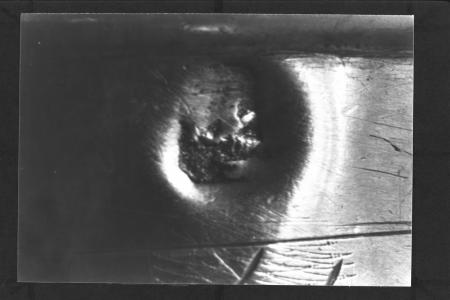 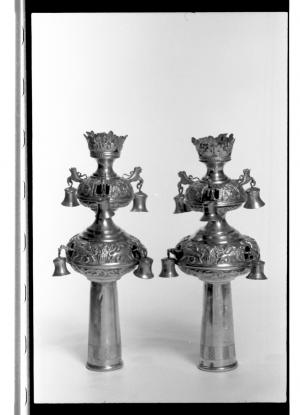 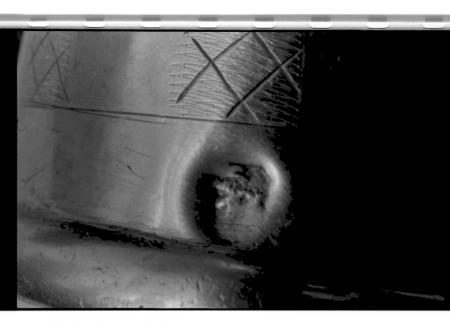 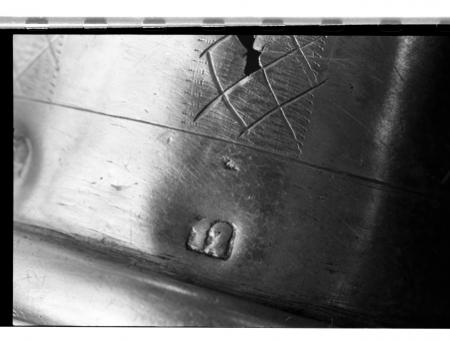 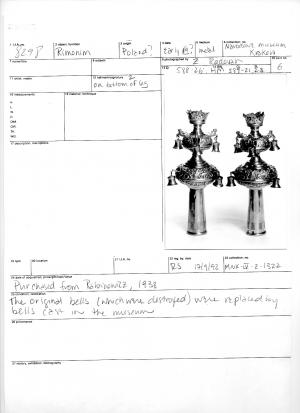 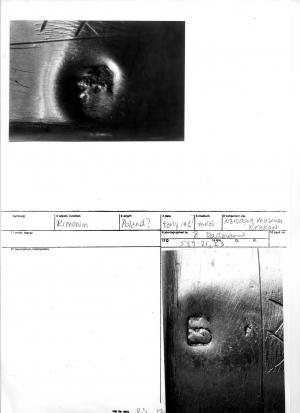 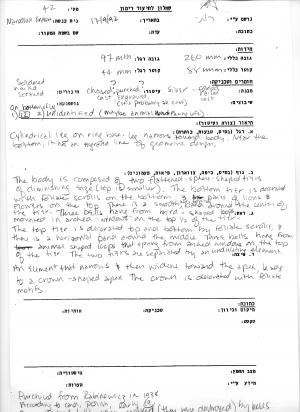